That Sasha lady is ONE CRAZY BITCH.

The fight with her wasn’t difficult (I’m playing on normal difficulty in case anyone was wondering), in fact it was fun! I was able to use all of the skills I had accrued thus far. But yeah, let’s get back to how crazy of a bitch she is. I don’t know if I (“I” being me, the player) am supposed to know who she is yet, but it sounds like Cole knew her before all of this started. That would explain the sickening, twisted love chants she forced him to listen to. Blegh.

Actually…you know what she kind of reminds me of? Las Plagas. I mean c’mon, she had the tentacle mouth and everything.

When I had adequently beaten her hass and she was about to talk, the First Sons or whatever barged through and took Sasha with them (or I’m assuming they did). To where? I dunno. Maybe they have some super secret First Sons building or something. GOOD FOR THEM. I’ll just return to my rooftop, thank you very much…

I utlimately ventured into The Warren, which I’m assuming is the equivlant of the slums. I met up with the fine folks that run that area…the Dust Men. So did I hear Cole right? Are these fools actually wearing garbage bags? Meh, they can wear whatever they want ‘cuz they give me more experience points than the Reapers (although they are tougher). By the end of mah play session, I assisted the engineers with fixing the bridge to Neon District (YAY!). Cole tried calling Trish to tell her the news, but she didn’t answer her phone. DUN DUN DUN….oh, and I also ran into that Dust Man dude that is accompanied by those Junk Monsters or whatetever they’re called. I’m not going to Google their name becaauuuause chances are I’ll unintentionally run into an spoiler. And that, my friends, would be no bueno.

The story is starting to pick up now. Of course, the story could really unravel out at your own pace, couldn’t it? You don’t need to do all of the side quests, but I am. Unfortunately they’re pretty repetive it terms of what you need to do (locate survelence equipment, save the hostage, kill X amount of Dust Men/Reapers, escort the prisoners, etc) but they relatively easy and quick, so hey. 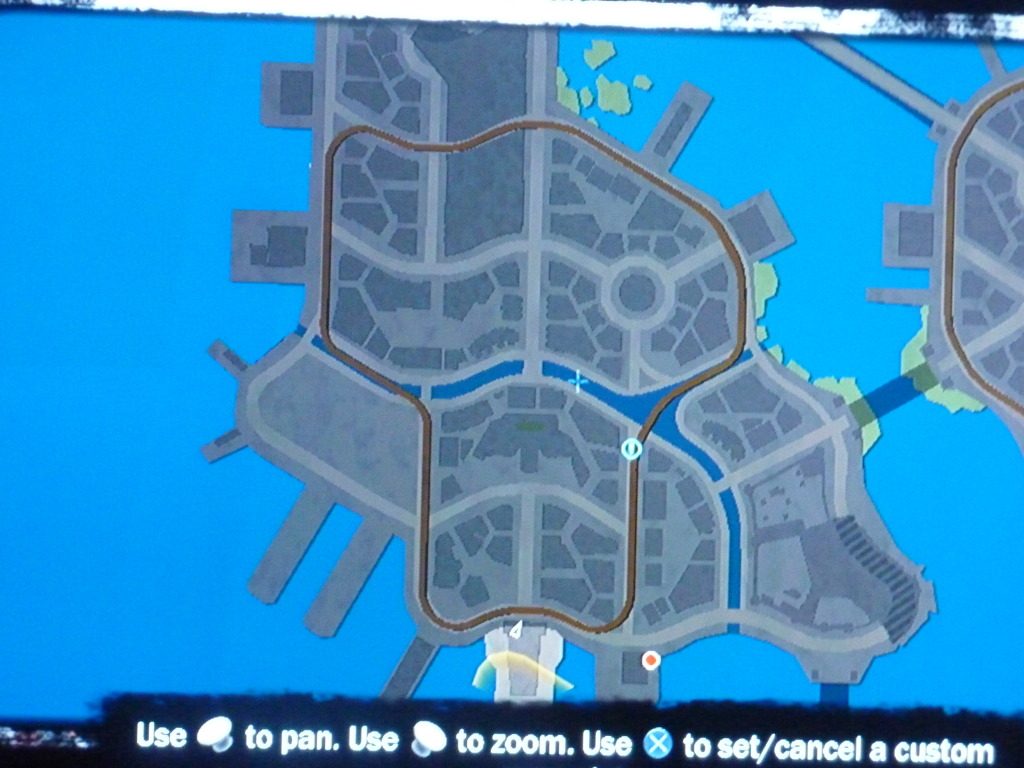 I ended up clearing about 25% of the district afterwards, and that’s as far as I got.

Oh, and I still don’t trust Zeke. And I think Trish is in trouble. JUST SAYING.