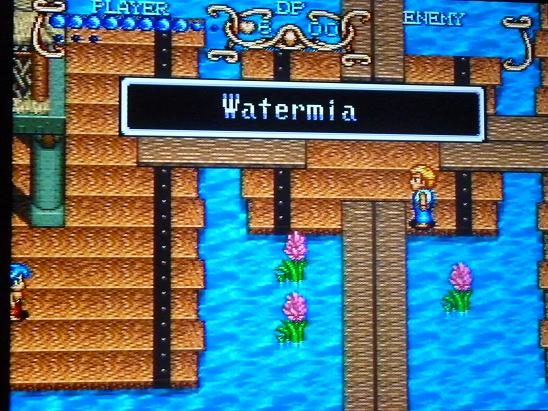 We made our way to Watermia, where we were posted up in some random kid’s house named Luke. It seemed like nice enough place, until, you know, Kara told me she had heard that the townsfolk gamble with their lives. How lovely. 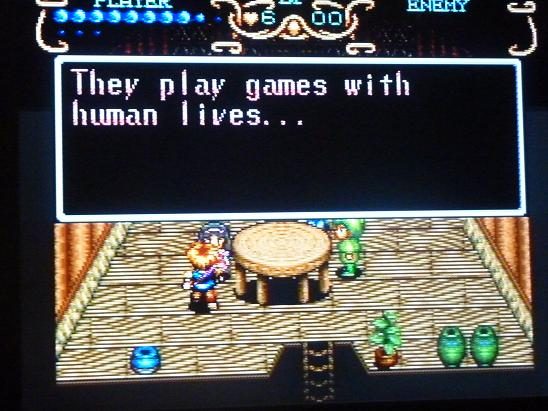 Apparently Cupid’s arrow is still lingering in the characters’ asses, because A) I got ahold of Kara’s diary and found out that she, like, wants to wish over a lotus leaf so that her love will notice her. And I did receive verification that she did in fact wished over a lotus leaf B) Lance and Lilly pretty much got married. But more on that later.

Lance found his long-lost father in Watermia. But I think he had lost his memory and didn’t remember how Lance was (or something rather unfortunate like that). But someone in town told me that there was an insect whose bodily fluids could cure any ailment. Ahem — [insert perverted line about bodily fluids here.] 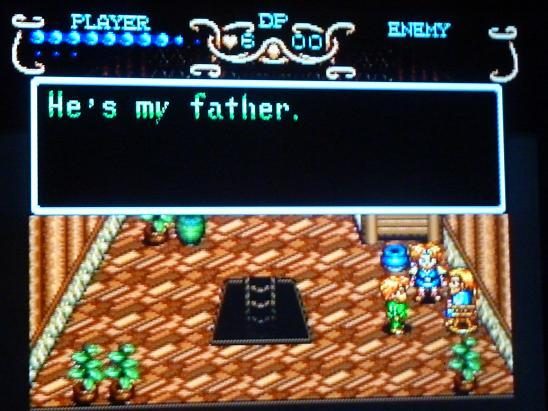 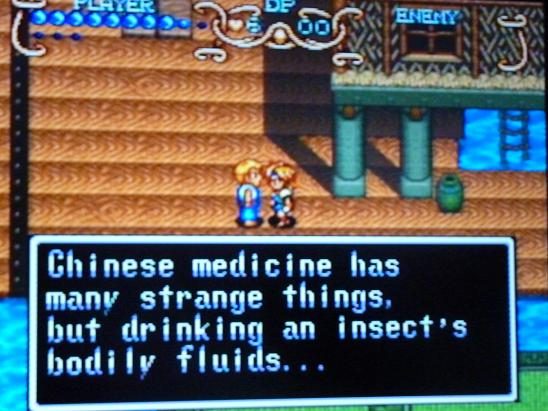 With that little tidbit of knowledge, I headed back to our temporary housing and we celebrated Lilly’s 15th birthday by giving her birthday cake. Lance, however, had other plans and OTHER means of celebrating her birthday. Like by dragging her outside and confessing his undying love for her. 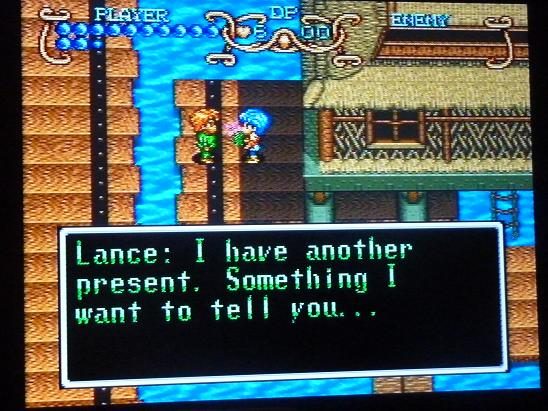 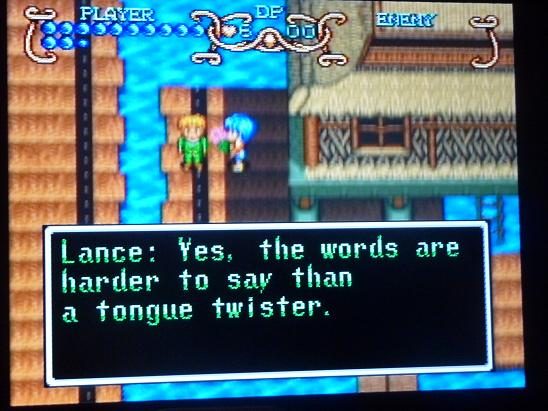 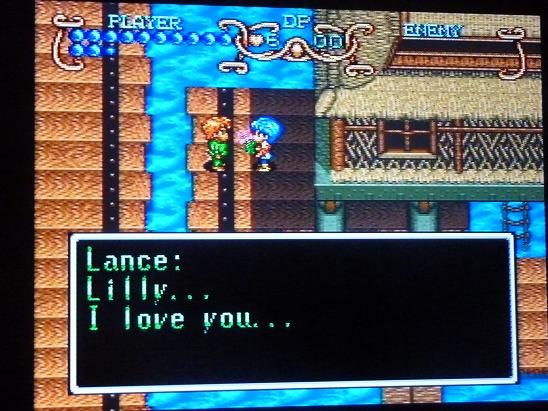 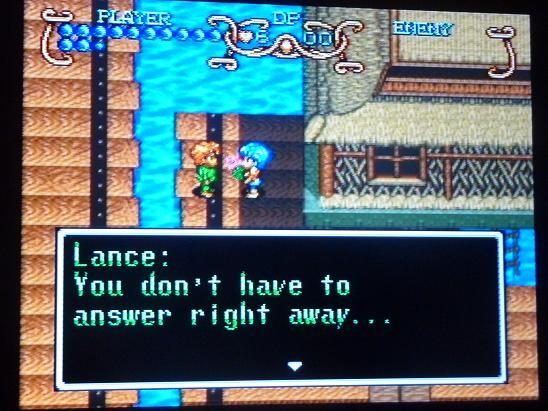 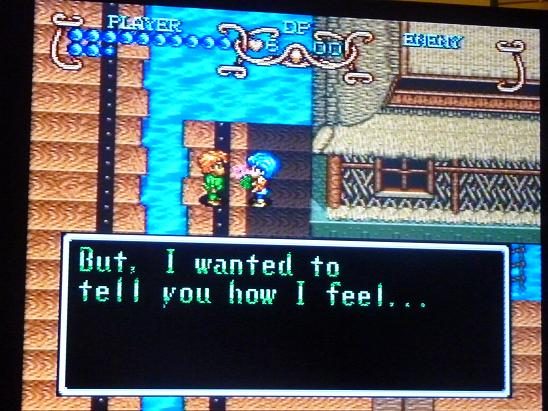 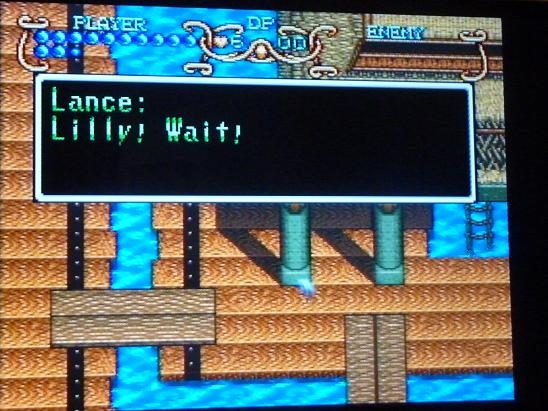 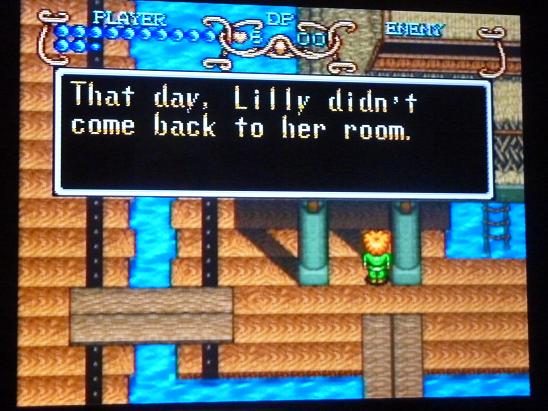 Too bad she turned into a fairy and flew away. Yup. You feel that, kiddo? That’s called the sting of REJECTION!!!

The next morning Lance left me a letter explaining he was going after the, ahem, bodily fluids of the aforementioned insect in hopes of reviving his father’s memories. He also left a rather Blarghy note: 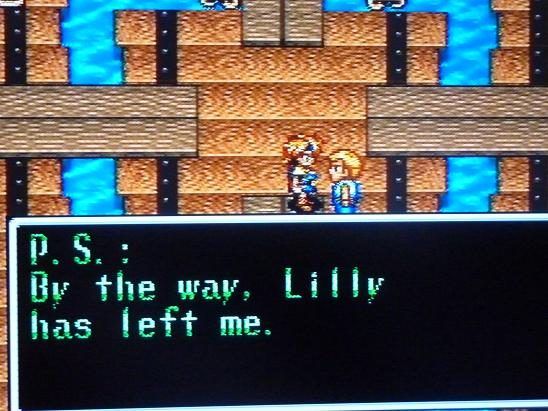 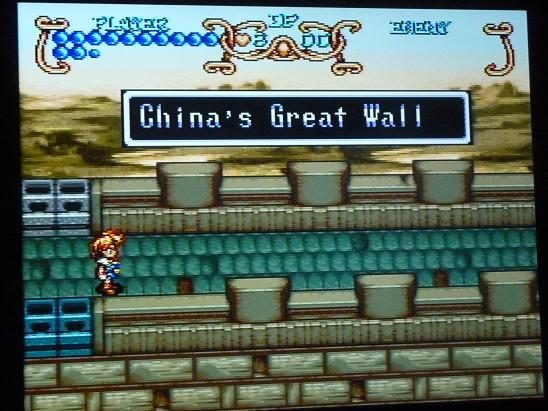 As it turns out, this great insect resides at The Great Wall of China, or in Illusion of Gaia terms, China’s Great Wall. After defeating a buttload of enemies and such, I ran into fairy-Lilly. She too had been looking for Lance, but since I was clearly more capable of finding him than she was she decided to be a little poon and chill in my pocket. SOUND FAMILIAR? THAT’S BECAUSE THAT’S WHAT SHE DID WHEN I WAS FIGHTING THE VAMPIRES. That WHORE.

Sigh. With Lilly in pocket I continued my quest to find Sir Lancelot.