Maybe it was because I had settled in this land of Angels (who apparently are just descendants of the Mu people) but I feel like every character in Illusion of Gaia hit puberty and was shot in the ass by cupid or something. 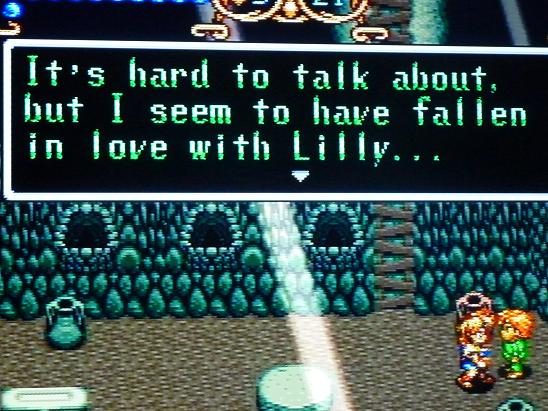 Lance And Lilly sittin’ in a tree…so, clearly, Lance has the hots for Lilly. I mean, she’s only 14, so…right. I’ll just stop there before I escalate this situation to a whole ‘nother level of creepy. He asked Will for advice on how he should confess this love for her. I think my options were a kiss, a bouquet of flowers or a necklace. I chose a necklace. Why? I don’t know — probably because “Give her a sealed copy of Earthbound” wasn’t an option.

As I explored this town, I discovered the people are rather…dull. 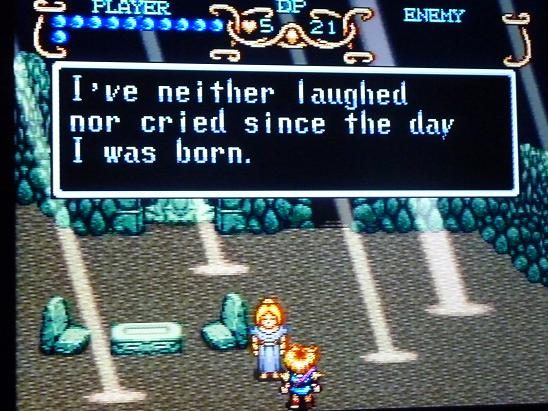 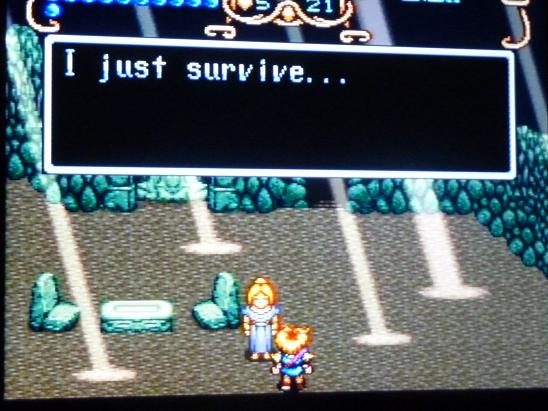 Kara had ran off earlier to be by herself, which is never a good thing, and as expected I found out she had been, like, abducted by a painter named Ishtar. 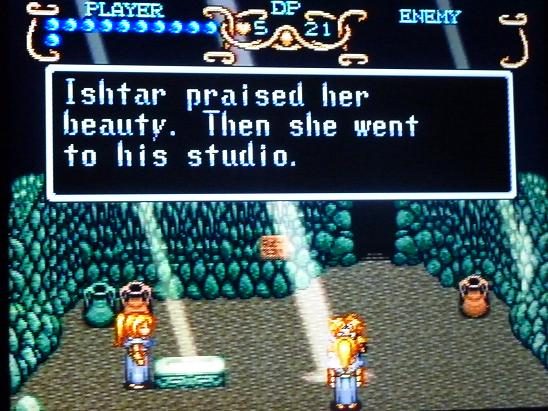 I eventually found Kara, but you see the problem was that she was sorta-kinda trapped in a painting. I also eventually found homeboy-painter who told me I needed to solve several “CAN YOU SPOT THE DIFFERENCE BETWEEN THESE TWO ROOMS?!” puzzles before he’d give me the magic powder which would allow me to release Kara from aforementioned painting. Oh, also, after sprinkling the powder on Kara’s picture Will would need to kiss it. Yes. I did not make that up, nor am I on drugs. 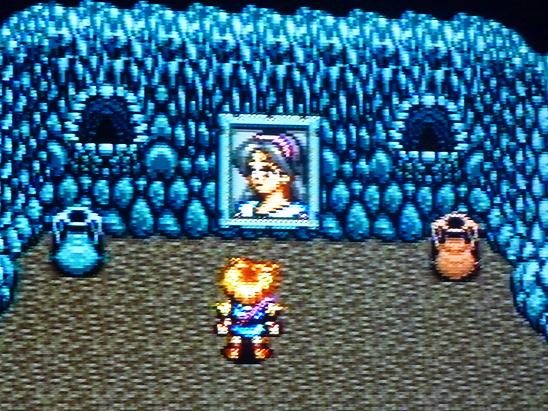 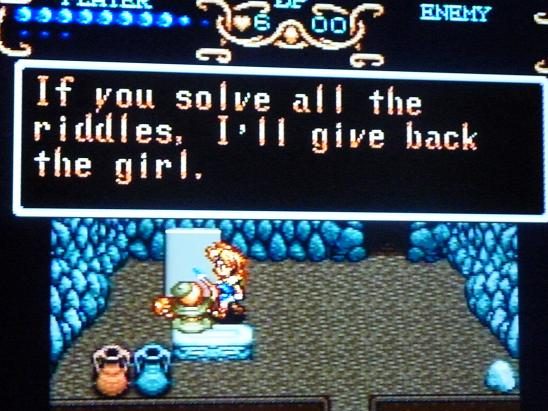 First of all, the puzzles were insanely easy because I had my handy-dandy camera on me and snapped photos of each original room before they were switched up. This made spotting the differences, you know, easy and such. 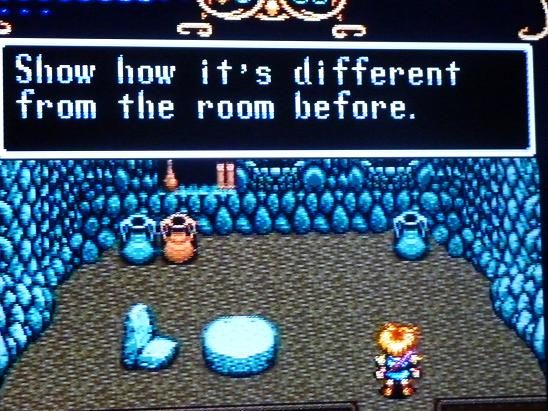 Once I completed all three or so puzzles I was instructed to report back to homeboy-painter. And when I did, he had, uh, painted himself into a portrait NOT before leaving the magic powder for me in the room. Okay. So, homeboy-painter snatched Kara up, turned her into a painting, had be figure out a few different “SPOT THE DIFFERENCE!” puzzles and then he gave up the magic powder that would save Kara only after turning himself into a paiting. 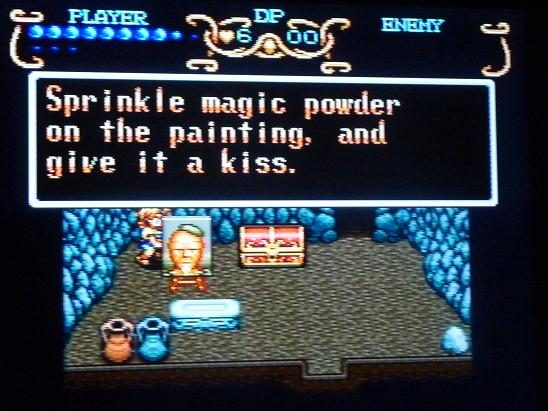 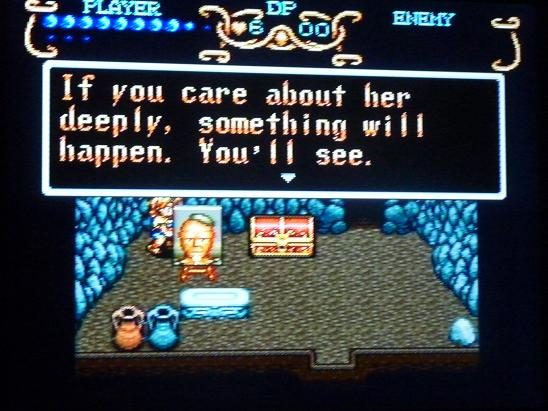 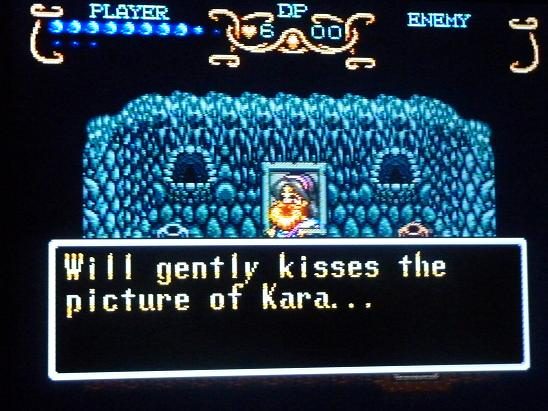 Kara then began a real thing (again) and we headed back to the Angel ‘hood. From there it was decided we needed to head to The Floating City, or Watermia. 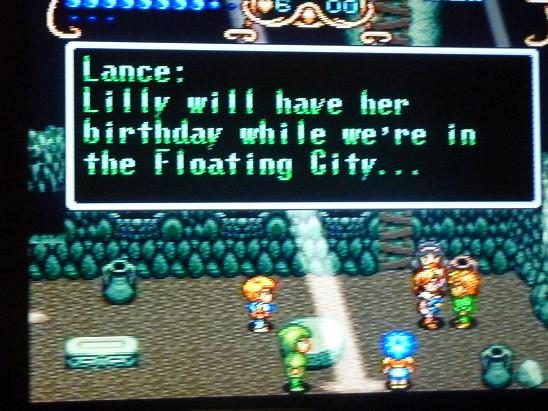