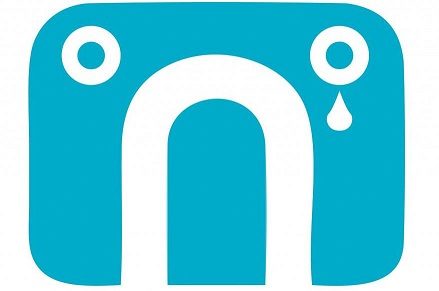 Like I’ve said a million and a half times (more like twice) I love April Fools’ Day, but sometimes people can get carried away and be mean. And when that meanness is directed to my homeboy Nintendo, I rage like an ape. Well, not really. But I would swat EA’s Frostbite’s hand right now b’cuz they were a meanie-head on Twitter this morning.

The original tweets have been deleted, but thankfully Kotaku and other places have saved the text. 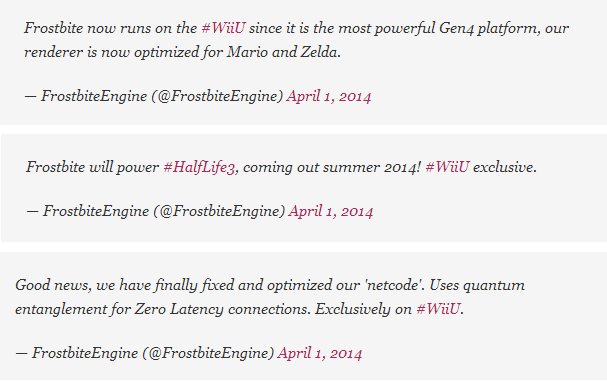 Okay, so it’s kind of funny, but don’t forget EA is one of the publishers no longer making games for the Wii U since Frostbite 3 won’t support it. (EA later claimed there were games in development for the Wii U, but the last one to release was in March of 2013.) So yeah, while the tweets are a 4 out of 10 on the funny scale it’s also clearly a jab. There ain’t no reason to be like that, manbrosephs!

BUT JUSTICE HAS BEEN SERVED!