Okay, so it’s been a few days since I played Dragon Age II, so I’m going to try my hardest to write down a recap.

First of all, I have to admit something. I thought Bioware had done away with the random blood stains that cover your characters post-battle, but it turns out that they weren’t showing up because my graphics settings were set on low.  HURRDURR. And since we all know Dragon Age isn’t Dragon age without the blood stains, I figured out a way to tweak the settings so I can run the game with “normal” graphics. W00t!

Before I ventured into the Deep Roads I was greeted with a cut scene showing Varric and that lady with the short brown hair having a nice lil’ chit-chat. Turns out she is a Seeker! I think I made a prediction on my last blog that had something to do with ‘dem folk. ::finds it::

Uh, well besides failing and calling them SECRETS of the Truth…anyway, yeah this pretty much confirms my theory that this story will revolve around mages, the Circle, templars (especially this Meredith bitch I have yet to meet) and the Seekers.

Now I’m totally getting off track, but there are so many fucked up things going on in Kirkwall. You have the elven Alienage, the issues with the raiders, the qunari, the whole mages vs templars shindig, not to mention the smaller, corrupt factions in Darktown…Ah, Kirkwall, ‘tis a glorious place to live.

ALRIGHT! So, after we venture into the deep roads Bodahn frantically tells me that Sandal has gone missing. I couldn’t help but get a flashback of finding Sandal alone in Denerim Castle, covered in blood shortly before the battle with the archdemon. Remember that? Anyway, I just haaaad a feeling that I was about to experience some déjà vu.

Sure as shit, I later found Sandal scratching his ass, covered in blood, surrounded by a bunch of dead Darkspawn and a frozen Ogre. O_O. When I asked him how that happened he responded with “NOT ENCHANTMENT!” Bahaha. <3.

Now, I had a slightly misconstrued  theory on how things were going to play out in the Deep Roads. I knew something was going to happen with Bartrand because I knew I would eventually have the option to kill him (damn you, unintentional spoilers). I thought that he would try to steal something from within and turn on us, or try to have us killed, and we’d confront him in the Deep Roads shortly after his failed attempt.

Well, I was half right.

I think I called Bartrand every name in the book after that cocksucker locked my party in the room that used to contain the Lyrium Idol. The douchebag didn’t want to share the profits. As he left, I figured it would eventually corrupt Bartrand. Generally, dwarves are immune to the effects of raw lyrium. But because he is now a surface dwarf, he probably lost some of that resistance (which is why I found him three years later acting like a fucktard). Of course, I’m predicting that it’s going to fall into the wrong hands and will also play a significant part in the story.

Eventually I made my way out and fought the Ancient Rock Wraith. Now THAT was a battle, and a badass boss. Afterwards I was greeted by MONIEZ. 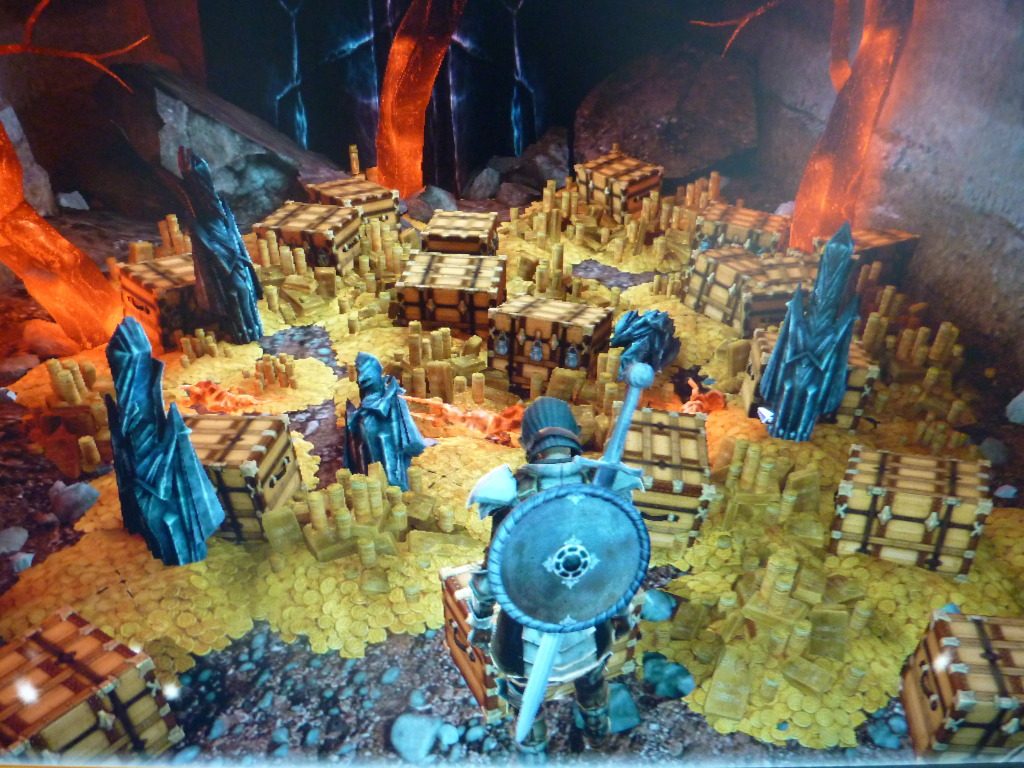 For some reason, this song was stuck in my head…

After I got out, I went home and Miss Bethany was taken to the circle. I didn’t really use her anyway, but I friggen KNEW that was going to happen when I left her with our momma. I also thought it was a little funky that I had three mages in my party. I’m guessing she’ll come into play when shit really hits the fan. I wonder if I’ll be able to visit her in the Circle? ANYWAY…

I was introduced to another cutscene, which depicted my richness and famousness. Apparently the seeker thought that Bethany was a “connection” to something, but Varric told her it wasn’t. I have no idea WTF they’re talking about. She also thought that all of my companions and I knew each other from Ferelden, not Kirkwall. When she was talking about my companions, she also said “…and that mage Anders…” Varric replied with “Don’t remind me, I introduced them!” Is he talking JUST about Anders, or everyone else? Cuz that totally doesn’t sound good. UGH. Why do I have this feeling something bad is going to happen =__=

Also, the Qunari are becoming a bigger problem. They still haven’t left Kirkwall and claim to be waiting for their ship. BOLLOCKS! People are becoming skeptical, and the viscount is stresssiiin’. I’m telling you, that weird creature thing from the DA2 trailer looks like the Arishock, and the viscount has the same crown as the one that falls down the steps. I think they’re going to try and take over Kirkwall. BASTARDSDJKDJSKL.

Now that I have a mansion, does this mean people can move in?! I saw someone’s tweet a while ago that read “Finally got Merril to move in with me” so…yeah. OHAI ANDERS.