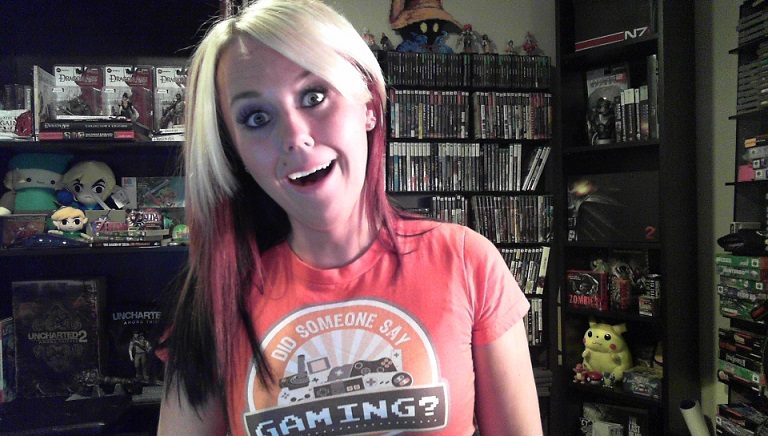 THIS SHIRT IS ME AND A HALF.

Seriously, whenever I’m out and about and I hear the slightest verbiage that indicates people around me are talking about anything video game related, my ears perk up and I become an obnoxious fool who ultimately butts in and joins the conversation. I. Can’t. Help. It.

A huge thanks to RedBubble for the awesome tee! If you want one of your own, head over to their site and join the awesome.

(ALSO! I’ve been working on my Woman Cave. I have *almost* all of my games up and logged. I’ve haphazardly thrown them into the shelves for now, but my next task will be to organize ‘dem bastards. I may or may not need a fifth of Jack Daniels for this task, as I’ve uh, discovered I own more games than I thought. Like, you know the saying “OVER 9000!” well, subtract a zero and that’s how many fucking games I have to organize. Help.)