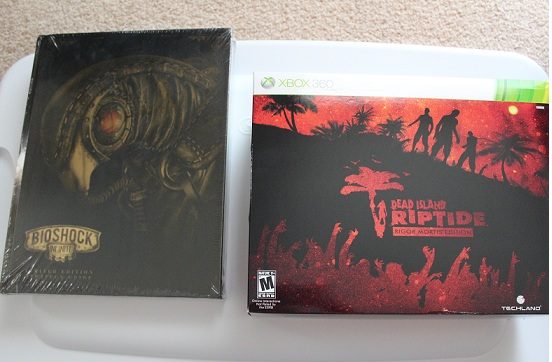 Yesterday I was kind of bored and had things I needed to do, so I decided to be a responsible adult and, you know, do them. My original plan of action was to purchase bins for my clothes (I’m moving in a few months and NEED to start getting the clusterfuck that is my closet organized) and stop by Best Buy and pick up my copy of Dead Island: Riptide. Well, true to Britt fashion I couldn’t just stop by Best Buy and pick up one video game without looking at what else was on the menu.

Oh, no. Of course not. BECAUSE THAT WOULD MAKE SENSE.

Well, shit. Here’s the thing: I already own some sort of Tomb Raider Collector Edition,  but I didn’t own that specific version. So, like, I was totally able to justify purchasing that. And when it came to God of War: Ascension, I own all of the console games and the Collector’s Edition of God of War III SO WHY THE FUCK NOT. And, shit, I loved the piss out of Infinite so I should pick that spiffy guide up as well.

I struggled for about 12 seconds before thinking “fuck it” wand waltzed up to the register with all of my things.

While I was being rung out (that sounds dirty) my mind was wandering elsewhere — it had been a CRAZY week full of doctor and hospital visits and I was just running through the week’s activities. (Thankfully everyone is now just dandy and doing great!) and it wasn’t until I got home and checked my receipt that I realized the final price was oddly low — in fact, it was about $100 less than I expected it to be.

The clerk didn’t charge me for the Tomb Raider Collector’s Edition! 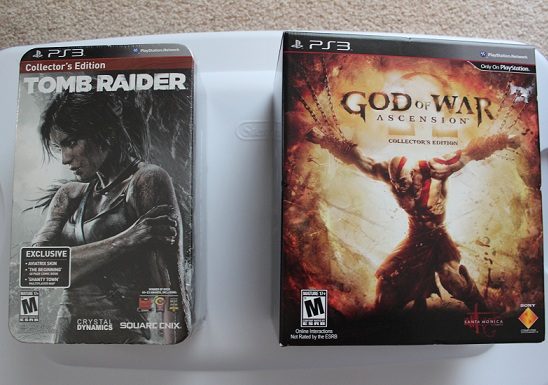 At first I was all, “DUDE. SWEET. I just scored so hard!” but after a few moments I started feeling guilty. You see, the clerk who checked me out was brand new and wasn’t entirely sure how the computer system worked, (my guess is that she didn’t notice it hadn’t rung up) and if she somehow got in trouble or something because I walked away with a free $100 collector’s edition I would feel kinda bad. So, I did the right (aka stupid) thing and called Best Buy and explained the situation. To my surprise, Best Buy pretty much said “Oh well, consider it a gift for being a loyal customer!” and BOOMSHAKALAKA. It is MIIIIIINE! /busts into maniacal laughter

So, the moral of this story is to, like, do the right thing and stuff because you never know when you’ll walk away with a free Tomb Raider Collector’s Edition.

Also, I bought these. Don’t ask me what the green balls are — I think there are Zelda action figures in there or something. 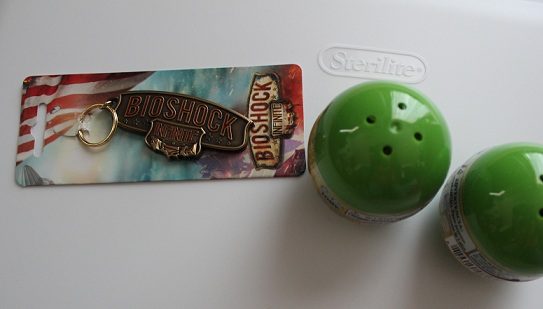