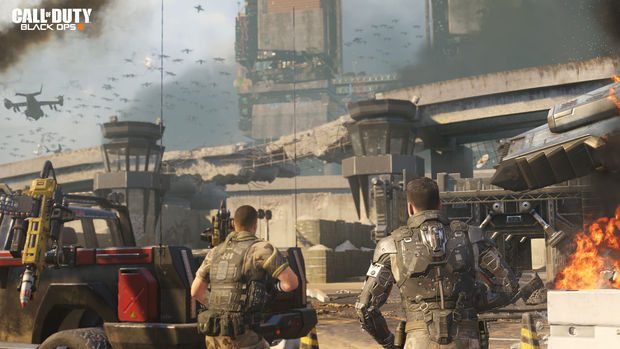 Destructoid has a great write-up based on their recent session with Call of Duty: Black Ops III. I suggest you ch-ch-ch-eck it out, especially if you’re one o’ dem folk who thrives for multiplayer and the technical shenanigans that come along with it.

Personally, what wound my underthings in a tight and twisted bundle was the tidbit that Call of Duty: Black Ops III’s “single” player campaign will feature online co-op, supporting up to four players. Other pieces of gnarly news: Players can choose to be male or female, level design is much more open, and players will have access to “extensive” upgrades not only applicable to the characters, but to the weapons as well.

Hell yeah. Maybe this three year development cycle has done-did some real good. That part about the co-op, though? That’s what sold me.

Black Ops III releases Friday, November 6th of this year. Check out the reveal trailer below, should you desire it with the ferocity that I desire hot wings.