I’ve been finding myself with only a few spare minutes here and there to play Arkham City, so instead of diving into the bread ‘n butta of the story I’ve been soooorta-kinda focusing on side quests and ish. Kinda. 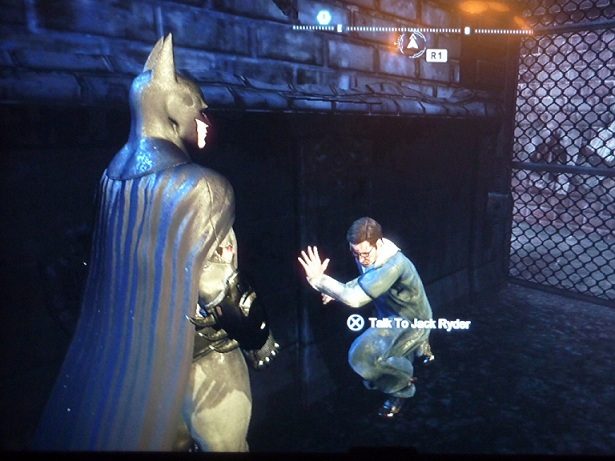 While I was out knocking heads, I ran into Mr. Jack Ryder cowering behind a building. He just sat there, mumbling to himself about how he’s going to expose Hugo Strange and how he was going to redeem himself as the best reporter, blahblahblah. Apparently this will all be possible by squatting and pressing himself against aforementioned building. Cool story, bro. 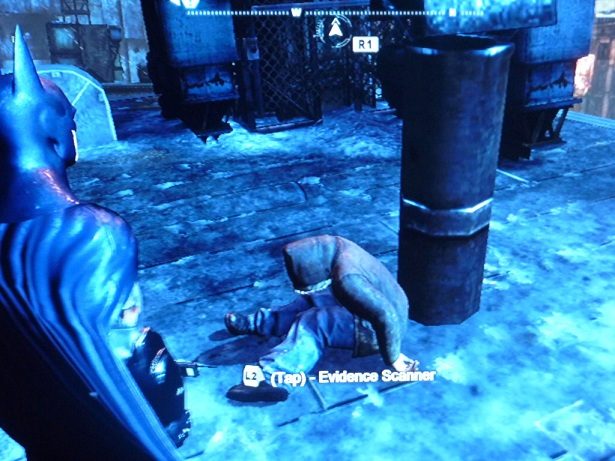 I met up with this guy for SOME reason (note taking fail on my end!) and during our conversation he was um shot. And by shot I mean murdered. So I became Mr. Detective, scanned the area and came to the conclusion that Deadshot is also in Arkham City. I personally have never heard of this criminal before, so I emitted a short but sweet squeal of excitement upon discoveration. Yes, discoveration. Anywho, I’m supposed to be on the lookout for for clues during my ventures in Arkham City. Which I haven’t done. :/ 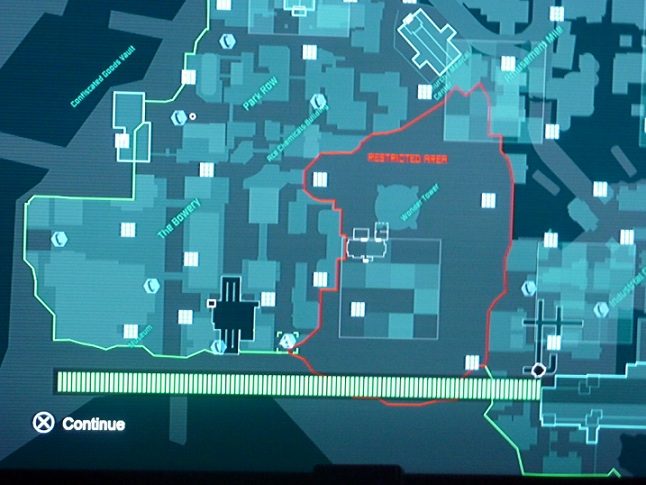 I’ve also been trying to trace Zasz through his little “let me call you and tell you about my emo life while you track my location during said telling of my emo life”. Man, and sometimes I think my life is rough when I run out of hot wings. 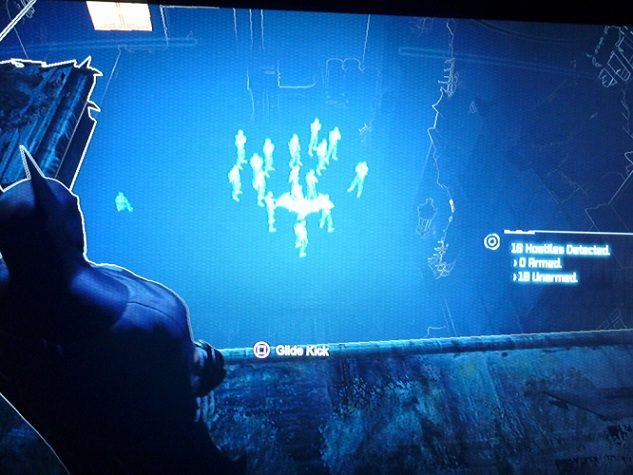 I pwn’d these bros while buzzed from a rum ‘n coke.  It was probably the most satisfying thing I’ve ever done in my life.

HO-KAY! Now let’s get to some of the actual story bits. So, from my understanding Joker AND Mr. Cobblepot are after Mr. Freeze. Joker is after Freeze for the cure, and Penguin is after him because…of…yeah. I’m not entirely sure why, but I’m guessing it’s because Mr. Pengy doesn’t want the cure to fall into Joker’s hands seeing as Arkham City is a political clusterfuck and people are fighting for power, yadda yadda yadda;  basically, it’d be easier for him if Joker kicked the bucket.

I broke into the old Gotham City PD lab–where I thought Freezey would be–but after interrogating some muthafucka’s I discovered Mr. Freeze has already fallen into Cobblepot’s grasp and is currently being held at the Arkham City Museum. RutRoh.

Oh, Mr. Cobblepot. For having such an awesome name you sure suck.