I woke up early Saturday morning because I couldn’t sleep. Why couldn’t I sleep, kiddos? TAKE A GUESS. It may or may not have had something to do with an epic desire to have a controller in my hand and Batman on my TV.

It’s been a long time since I’ve woken up early because I couldn’t stop thinking about a game, so despite my grogginess, it felt awesome. Unfortunately the grogginess made me play like an absolute artard because I couldn’t figure out WTF I was supposed to shoot with my newly found gadget. Thankfully every time I headed in the wrong direction Batman would (in)patiently remind me that HE was supposed to head to the loading bay to find Joker because he is the GODDAMN BATMAN. But like I said, the problem was that I couldn’t seem to locate the entrance to the loading bay. Once I was about 98% awake, however, I finally the large, yellow sign that was my ultimate target. Geez, Rocksteady, make it a little more obvious next time. I mean the sign was only LARGE AND FUCKING YELLOW. =_= ::headdesk::

I finally made my to the propper area, and I knew this because there were suddenly a butt-ton of thugs I needed to fight. But before I began smacking my bitches up, I heard one of them say that Joker had some guy named Abramovich who he found from a “Russian freak show.” He also said he was once a Siamese twin with another dude, but they were split up and the brother works for Cobblepot. OSWALD CHESTERFIELD COBBLEPOT. Ahhhhhh…I needed to get that out of my system.

Kay! After performing aforementioned action of smacking my bitches up, I came face-to-face with Harley Quinn, and supposedly, a dead Joker (when Batman went into his detective mode Joker’s status read as “Deceased”) and Quinn went into a horrendous acting routine on how Batman was so mean to Joker and now he’s dead, yadda yadda yadda. 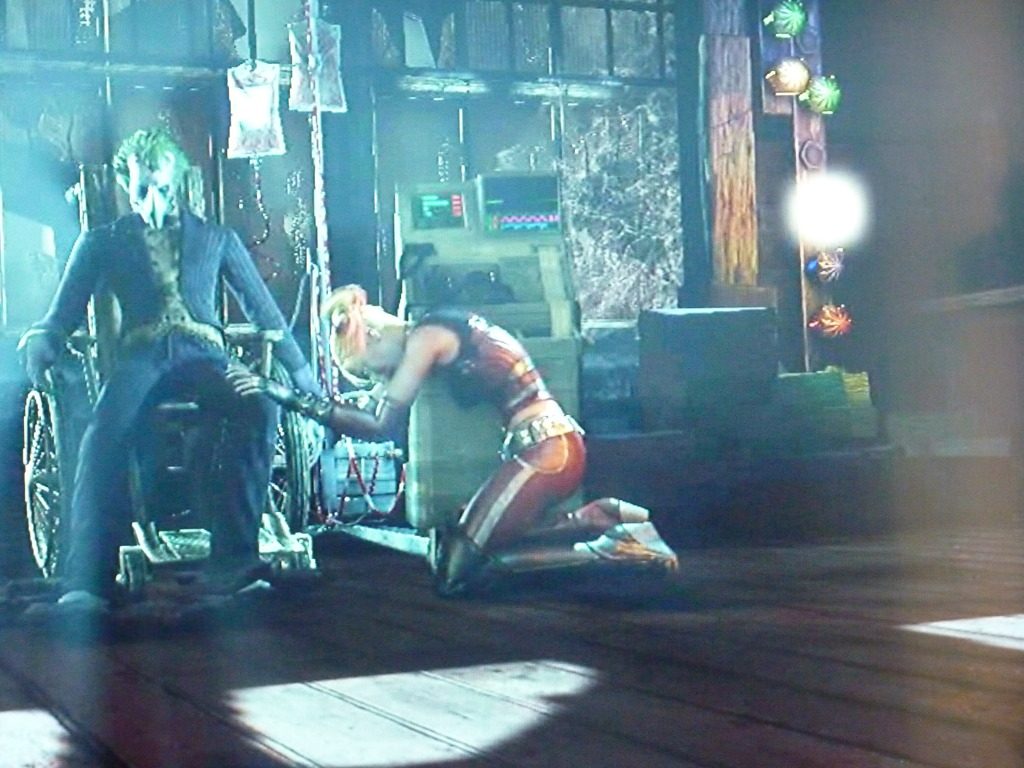 Unfortunately for Mr. Bat Joker was still alive. He snuck up behind Batman and gassed him, which proceeded with a swift hit to the head by a baseball bat courtesy of Harley Quinn.

The scene then switched to Catwoman, who was torn between helping Batman and looting Professor Strange’s vault. But first she needed to help on breaking into the vault, so she decided to ask Poison Ivy for help. However, Red wasn’t too keen on Catwoman showing up as she apparently once killed a bunch of flowers. So, she tried to kill her. Lovely! It was fun playing as Catwoman, though. I love her sassiness and agility. Also, she’s catwoman. I love cats. 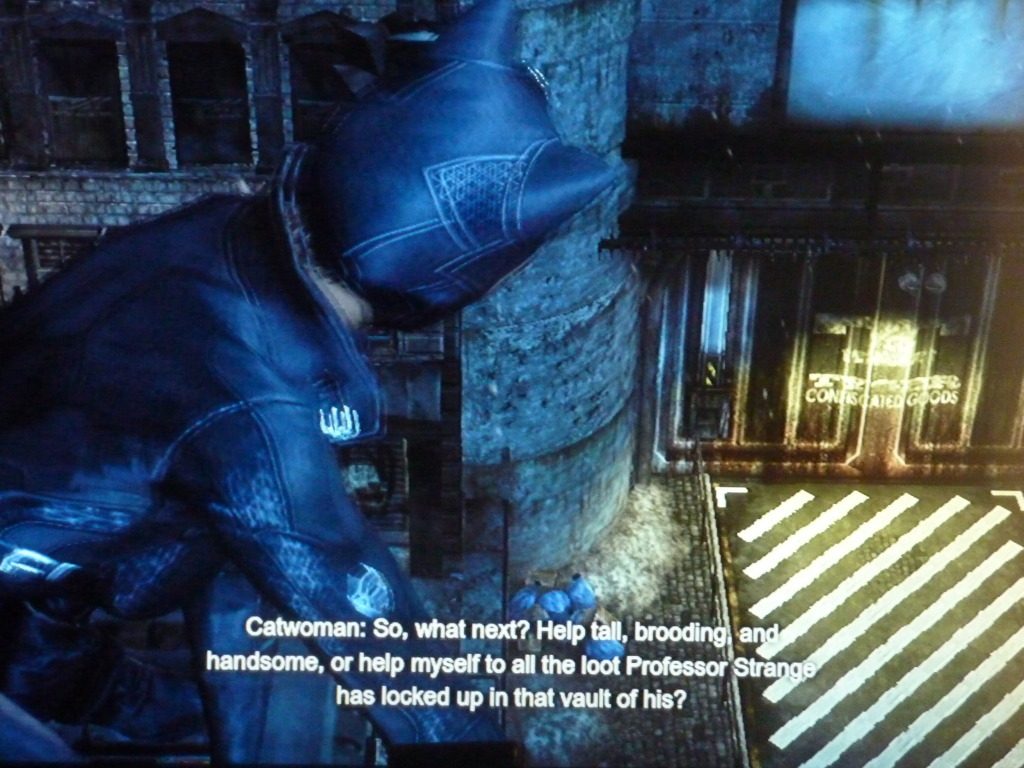 While Poison Ivy had Catwoman tied up, we went back to Batman. Surprisngly, it turns out Joker doesn’t know what Protocol Ten is, or at least claims not to. What is not surprising, however, is that the rumors are true and that he is sick. Oh, he also injected Batman with his blood so Batman will also be sick. OH OH! He also sent his tainted blood to emergency centers across the city.

The rundown: Mr. Freeze apparently had the cure, or was close to making it, but never ended up giving it to Joker. Batman now has to locate Mr. Freeze by finding the coldest place in the city, find the cure and save everyone! Weeeee!!!