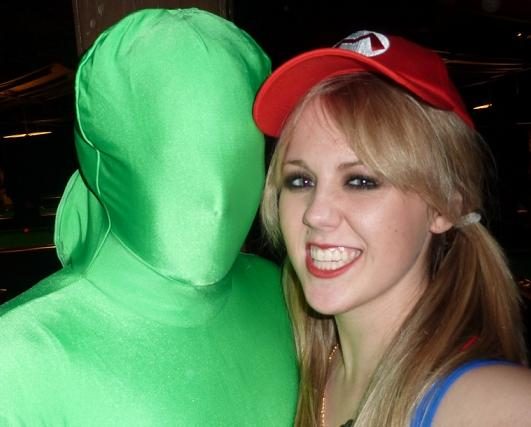 Thanks to a super-uber late Husky game (seriously you guys? A 7:30 kickoff on Halloween?) we didn’t hit downtown until 11:30 ish, and seeing as almost everything closes at 2 a.m. we had than three hours to wander the streets of Seattle. This also meant that drinks needed to be hammered down ASAP—which would ultimately result in one of the worst hangovers I’ve ever had, but hey.

The first stop was Gameworks–because c’mon, I had to go there as Mario at least ONCE–and to my surprise, the place was absolutey DEAD! One would think Gameworks would be a sweet place to have a Halloween par-tay, but apparently not. So the reason for our presence there was simple: consume alcohol and bail. Not “bail” as in “don’t pay” but as in “let’s GTFO AFTER paying.” Yeah. Anyway, I downed an Irish Car Bomb and a Gameface within, oh, ten, fifteen minutes? Needless to say I wasn’t feeling any pain within five. 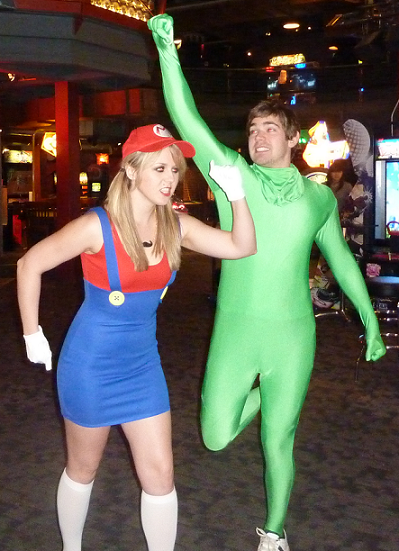 Actually I take that back. I don’t care how drunk you are; nothing nullifies the pain of uncomfortable shoes. NOTHING. This happened on, what, Saturday? As I type this I feel two effin’ holes in my skin throbbing from where the shoe strap rubbed against my foot all night. But despite my hurtful feet, we managed to make it to this cute bar/poolroom/ thing. Whatever. It was called Belltown Billiards. Look it up.

But holy hell, on the way there EVERYONE was stopping, honking, taking photos, etc. of my broseph’s costume! I’ve never seen It’s Always Sunny in Philadelphia, so I felt like I was being left out of America’s biggest inside joke ;)

This dude outside of Belltown Billiards insisted on having a picture taken. I was supposed to find him on Facebook, but all I remember was that his first name was Jarnell. :/ 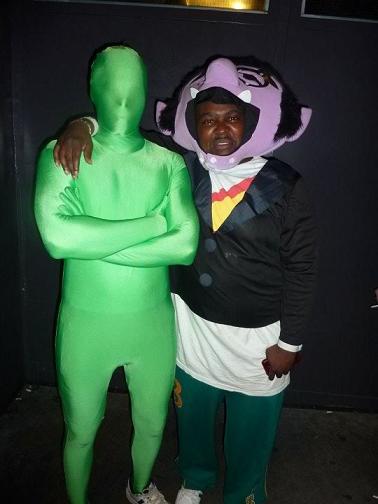 Once inside, I started spotting my counterparts right away! 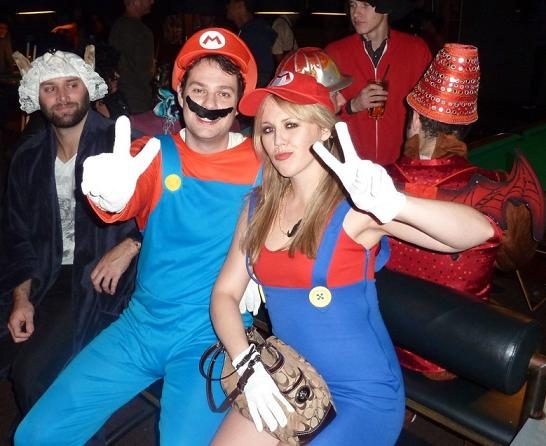 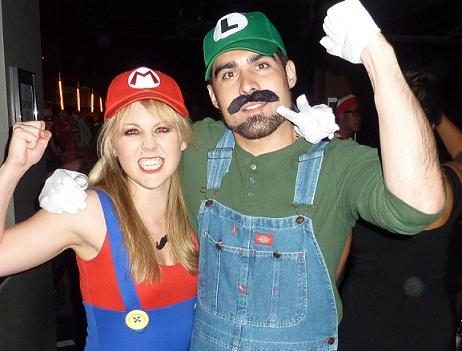 The rest of the night is honestly a blur, and mostly consisted of dancing, more drinking (BAD idea) and stumbling trips to the bathroom. Overall, I was happy with my Mario costume EXCEPT (and this is a huge except) the shoes sucked and I was constantly battling with my dress to keep it covering my girl parts. I know, I know. I should have known that was going to be an issue when I bought it, but I forgot that walking around tends to, um, make clothes ride up.

Okay. Before this gets any more awkward, I will tell you about my hangover.

Hope you had a great Halloween!!!!