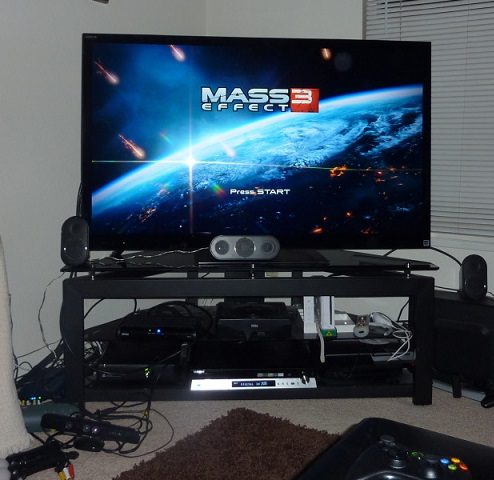 First of all, I hope I don’t offend you by calling you old. After all, I’ve only had you since April of 2012, which makes you barely over a year and a half. But I digress. I want you to know I’ve had nothing but great times with you. You blew my mind when I played my first video game on you —  Mass Effect 3 — and you made my jaw drop upon popping your first Sunday NFL football game.

And it is because of these great times I don’t understand why you have decided to part ways with me. Was it the trauma of moving from one apartment to another? Was it the jealousy of having another 55″ next to you? If that’s the case, I apologize — I only assumed you two would become the best of friends. Maybe you were intimidated by the new surround sound system and felt like your own sound was no longer “good enough”, which I assure you is not the case. But your decision is your own and I shan’t make this any more difficult than it is.

In short, television of mine, I will miss you. I will miss you for approximately an hour and a half until I bring something bigger and better home. I will then shrill like a madwoman upon seeing your lame, broken TV ass hauled away to be disposed of a location that matters not. For you, fucking stupid television, have betrayed me at the worst of times. You knew damn well I wanted nothing but to relax with you this weekend, and you with your own sick and twisted reasons that I shall NEVER understand decided to leave me stranded. But I was never stranded. Did you forget about your neighbor, the “other” man next to you, the only trustyworthy 55″ I have ever known? You must have also forgotten your little sister, the 46″, whom dwells in my bedroom. So while it is not necessary that I remove your physical being from the premises so soon, I want you to understand I want nothing more than to see you, nothing more than an empty shell, waltz out my front door. Then, I want to see your crusty ass break. I want to hear the screaming of your metal as it twists and contorts.

I want to watch your filthy screen shatter.

Fuck you, TV, and may you never forget what you’ve done to me. 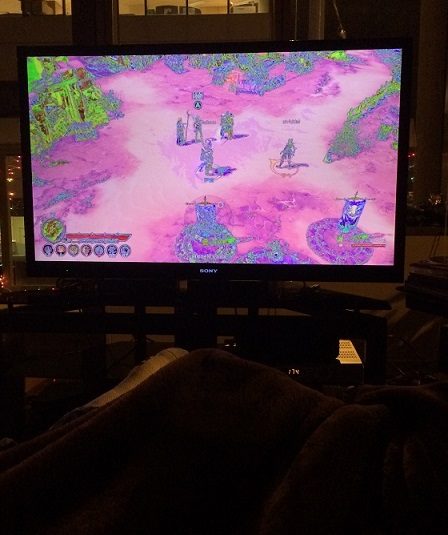