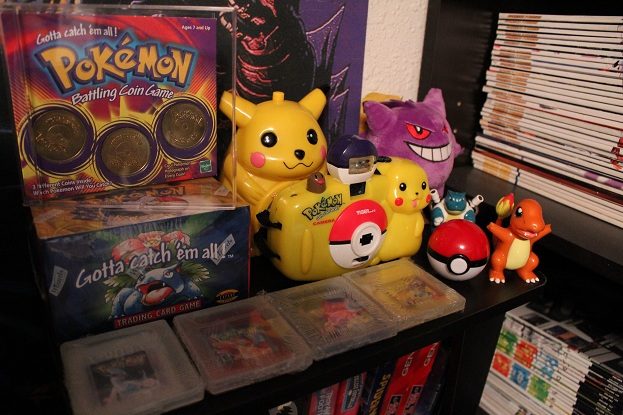 While my lil’ Pokémon shrine isn’t as organized as t it could be (I have a few stuffed animals and about three binders of cards laying around) I want you to inspect it for a second. JUST A SECOND.

DO YOU KNOW WHAT THAT IS???

That, my friends, is a SEALED box containing 36 of the original Pokémon booster packs. I will keep the person who mailed me this sex package anonymous, but holy crap in a bucket — I was literally shaking with excitement as I discovered what was inside the shipping box. Like, I don’t even know if I’m making sense right now because I’m still THAT excited about it.

Yes, I will open them and fulfill my bucket list item of opening an entire box of Pokémon cards whilst listening to the Pokémon theme. But for the time being, I want to just admire it; fantasize about what might be within. Let it plump up, if you will. (And you will.)