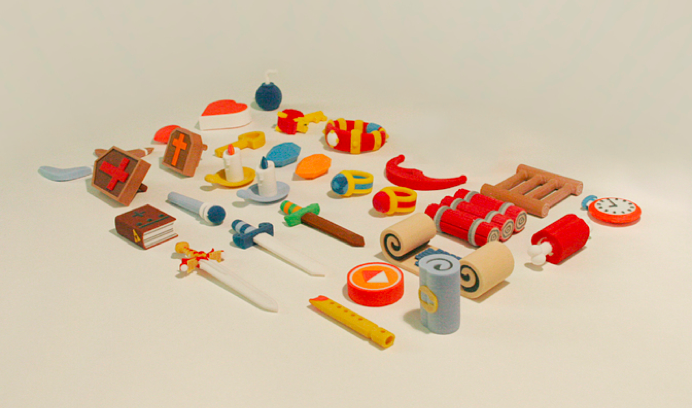 I’ll be honest, this whole “3D printer” thing is kind of way above and beyond me, but that doesn’t stop me from female-fapping the shit out of my shit while looking at the above 3D, Zelda-created stuffthings that were birthed out of a 3D printer.

Isn’t that the coolest thing ever?! Head over to Hyrule Foundry to read about emotional toll this whole shebang put the creator through.

But now I want to talk about something important.

::eyeshift:: How, um, possible would it be to upload a photo of Alistair and have a 3D printer birth him out? AND DON’T LAUGH AT ME. Think about it! If it can create Zelda swords, shields and other random paraphernalia, it must be possible to stick a wad of human flesh into one of these printers and WABAM! — Alistair will finally be mine.

That’s it. For my birthday I want a 3D printer.

If a 3D printer were to be bestowed upon you, what would be the first thing you’d create?