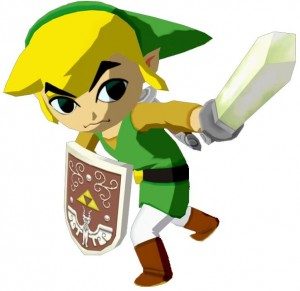 Febuary 8, 2011: The rest of the Earth Temple wasn’t SO bad. Apparently my grumpiness was getting the best of me after all.

Last night I was able to find Makar behind the waterfall in Forest Haven (thank you astrofizzix for the tip…who woulda thought you had to complete the Earth Temple first?!) and I brought that freakin’ ADORABLE Korok with me to the Wind Temple.

(Uh…how come I never realized Makar was SO freakin’ cyyuuute!?! Seriously, I want a Makar plushie. Do they make those?)

I could tell there was an attempt to up the difficulty in the Wind Temple. Some of the battles even consisted of taking on three or more heavily armored bad guys at a time AND one of those bird-dudes that throw flames at you *GASP!*. Buuut…it wasn’t too difficult. I’d say I found it more frustrating than anything else. See, I like controlling link and having him do the fancy back flips, side strafes and forwards slashes, but in battle scenarios like that, it’s just easier to wait for the “A” button command prompt. Go ahead, call me lazy.

And when it got time to face the boss, it was easy as pie. What a bummer.

Actually, Wind Waker as a whole is extremely easy. The dungeons aren’t difficult to figure out (if I find myself stuck I’m usually over-thinking a puzzle) and the enemies don’t pose a challenge.  It’s kind of funny because I died twice while inside Dragon Roost Cavern, but I must have been going through a learning curve or something funky because I haven’t had any problems since. 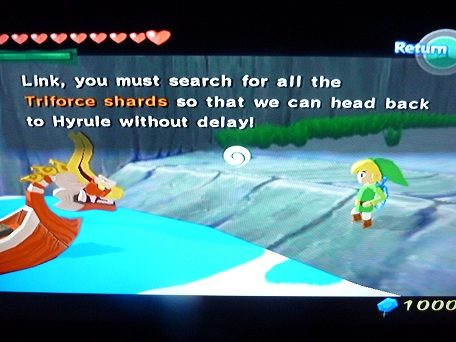