WE FINALLY HAVE WII U DEETS!!! ::throws confetti, hires energetic clowns and an elephant who can balance on a ball::

The sc00page: Wii U launches on November 18th in North America, while Europe will be able to get their hands on it on November 30th and Japan on December 8th.  The Basic model will run you $299 (which includes the console, 8GB of memory, a gamepad, sensor bar, HDMI cable, and AC adapter)(it sounds ilke the sensor bar won’t come with the Basic model in EU, though). Premium will run you $349 and comes with all of the prior fixins’, but the 8GB of memory is upgraded to 32GB and also includes Nintendo Land, as well as a charging cradle/stand for the console and gamepad.

The Premium model also includes a Nintendo Network Premium Subscription. If you’re wondering WTF this is (like I was) Nintendo’s EU press release calls it “a reward programme that grants points for digital purchases in Nintendo eShop. Valued at around 10% of the original Nintendo eShop price, this credit can be used against future purchases once you reach a minimum of 500 points.”

Let’s see…what else was exciting. OH. OOOH. Well, this thing called BAYONETTA 2 WAS ANNOUNCED. AND IT’S EXCLUSIVE TO THE WII U. Okay, fine. Bought. DONE DEAL.

So, seeing as this is a new console launch and all AND IT’S EXCITING (c’mon, you can’t deny it) I went to Twitter and asked folks if Nintendo was successful in winning them over. 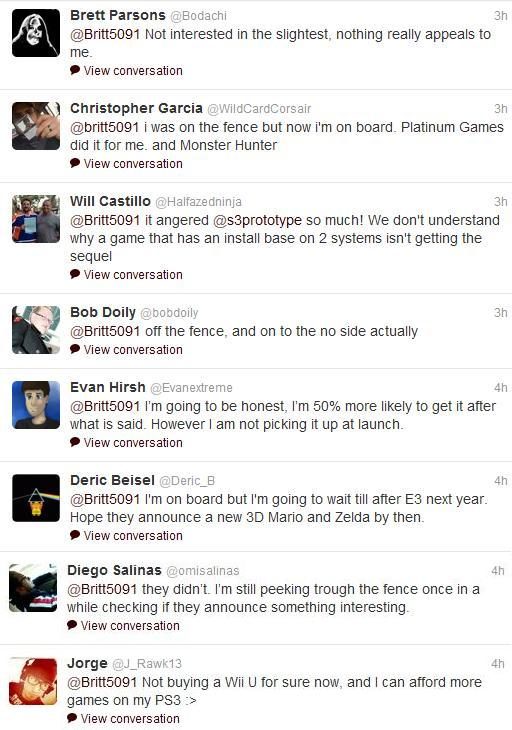 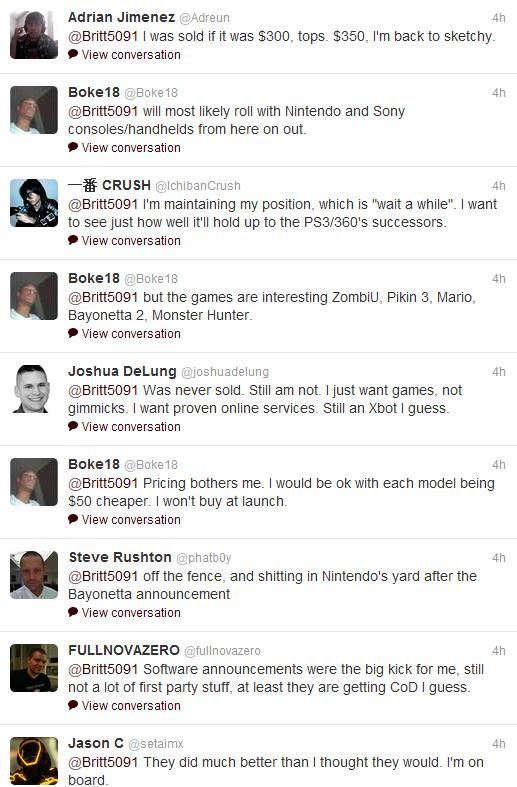 Now, dear blog readers of mine, I want to know what YOU think about the Wii U. Are you sold? Or were you, uh, once sold and now you’re in line to be returned? OOOSNAP. See what I did thare?

But for serious. let me know.

For more Wii U deets, head over to IGN!