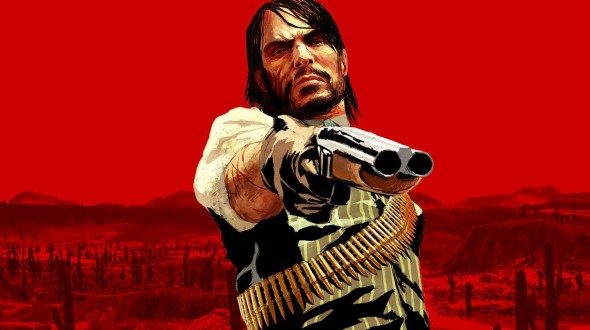 Now, look. I know this is probably nothing more than a bunch of bull, but with that said, I yearn, crave and hurt for another installment of the Red Dead Redemption franchise. (Not to be confused with Red Dead Revolver, which was a different game. I’m talkin’ something that follows the John Marston story in SOME capacity.)

And because I yearn, crave and hurt so very badly for this, I feel the need to post about it, even if, like I said, it’s bullshit.

::clears throat:: Ho-kay, so apparently some dude named Danny Ross (he’s a former bunch-of-things, but what’s important is that he’s a former Rockstar Games employee) held one of those fancy AMA’s that take place on Reddit. This happened.

But again, Danny no longer works at Rockstar, so, like, yeah. This is probably as legitimate as my marriage with Alistair, which breaks my heart over and over and over and over again. Also, we don’t even know if user DannyFromTheShow was even the Danny Ross. ::heart breaks into even more pieces::

So, in short, nothing to see here, folks. For now, I’ll just hold onto what Take-Two Interactive President Karl Slatoff said a while back: that the company is working on “new intellectual properties, and offerings from our established franchises.”