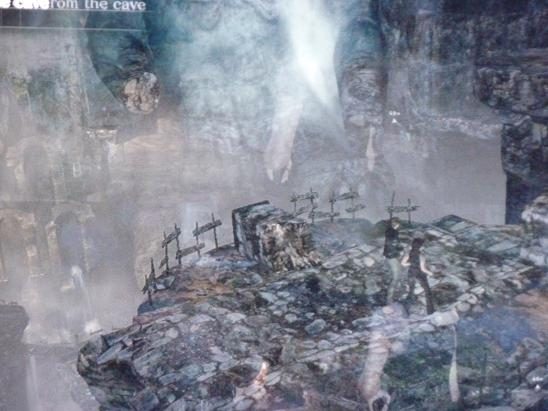 In a turn of awesome events, Leon and Helena are the prime suspects in the murder of the president of the United States! Isn’t that lovelier than a bunch of roses and sugar cookies? Because of this AWESOME thing, Leon asked Hunnigan to fake their deaths. She said “FoSHO HOMIE!”, and with that, Leon and Helena decided to pursue Simmons into Lanshiang, China.

Of course, getting OUT of the crypts was no easy task. Nosiree. I mean, by all reality Leon and Helena should have died at least twelve different times but they somehow prevailed. (Don’t they always?) 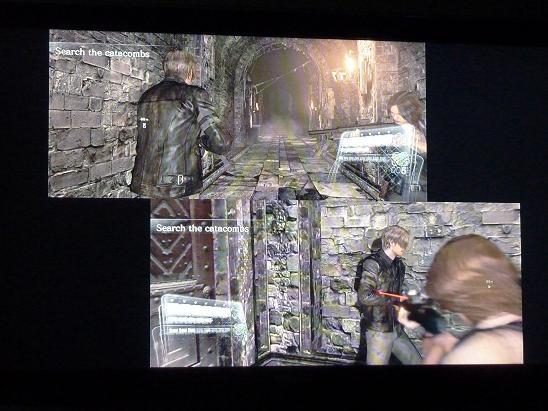 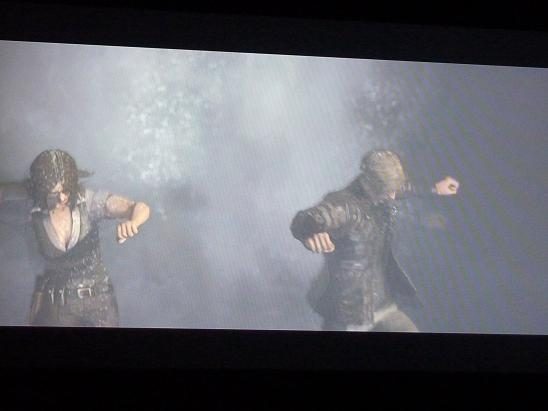 And as if escaping from huge fish-alligator creatures, zombies and other dead things ON TOP OF falling down a waterfall wasn’t enough… 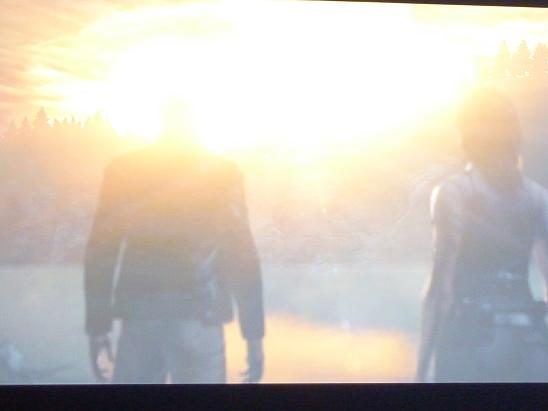 Next thing I know, Leon and Helena are on an airplane headed to China. But what I want to know is how they even GOT on an airplane when supposedly their deaths have been faked? I mean, they always could have assumed fake identities and whatnot to board, but from personal experience I know it’s not easy to get on that ishnit without proper identification. Take it from a girl who forgot her ID at home once. No bueno. 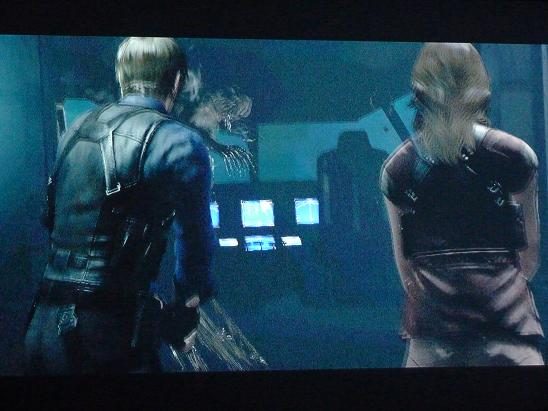 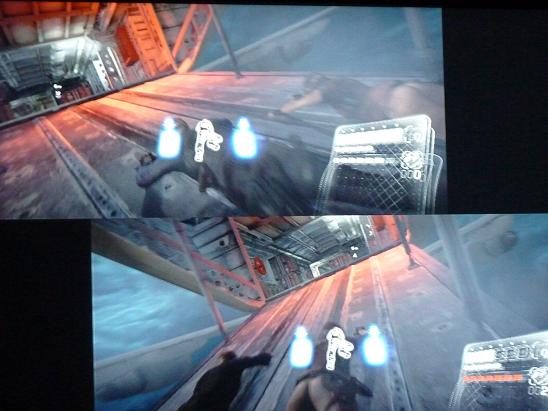 Eventually we were able to fend this fucker off to the point it, um, toppled out of the plane’s hatch. Having an airplane scene like this is kind of a staple in videogames, isn’t it? It was in Uncharted, it was in Code Veronica, it’s in a lot of other games I can’t remember. Anywho, while it was great that Barnacle Bitch was tossed overboard this, in turn, left the airplane in some sort of fucked-up state. Leon ran to the cockpit (HAI’MSOIMMATURE) and tried to land the plane himself, with the direction of Hunnigan. And I say he “tried” to land the plane because the first attempt was NOT a success whatsoever. But the second time was a charm and we landed that plane. If you want to count “landing” as “using buildings in China as a landing pad”, that is. 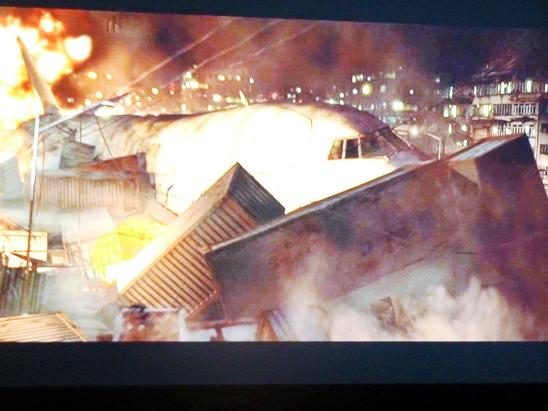 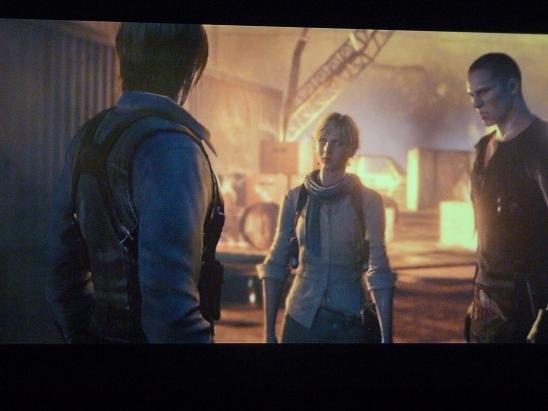 After “landing” Helena and Leon came across Sherry and Jake. And I know myself, and I give it a 71% chance I’m going to end up having a thing for Jake. A few of my fellow lady gamers have told me he’s the bee’s knees, so I will trust their vaginas. But anyway, Sherry is now an agent and guess who her boss is? MR. SIMMONS! Isn’t that swell? She said she was just on her way to report to him, however she wouldn’t disclose his location to Leon, and before they could milk any more details out of each other (kinky?) THIS fat bastard came along: 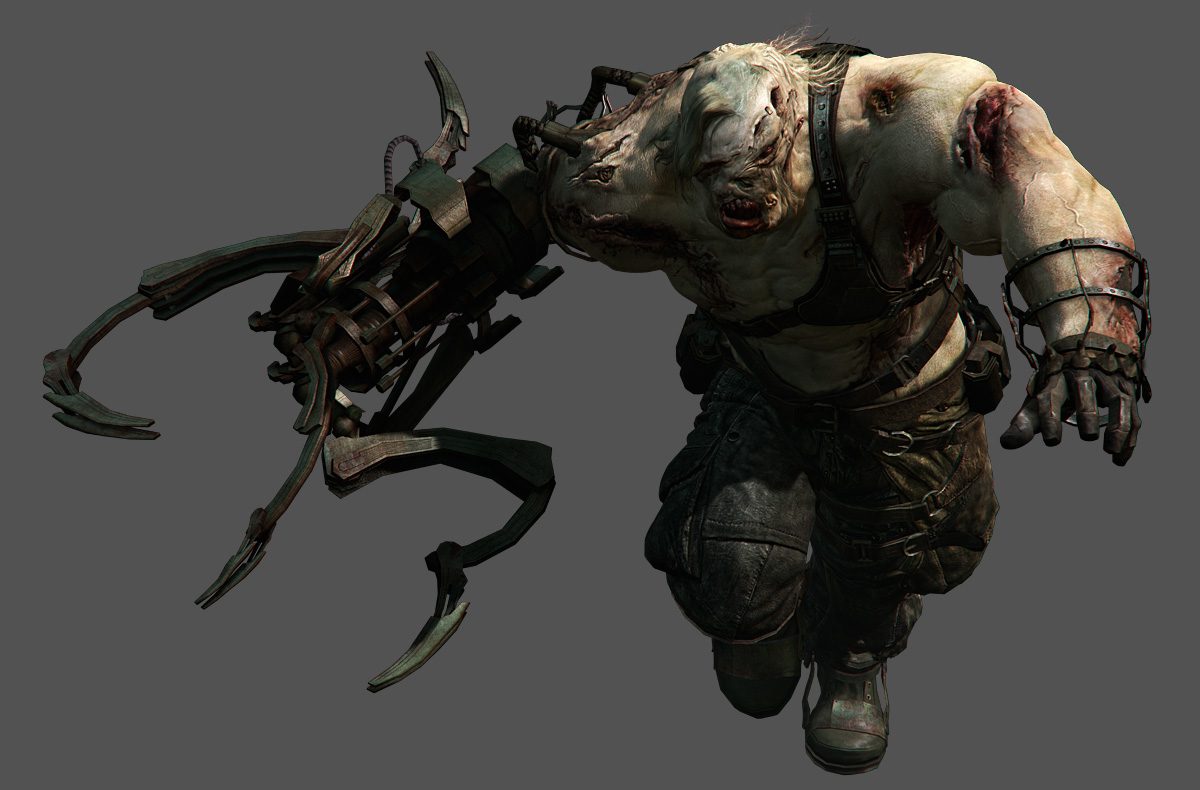 I guess it’s called a Ustanak.  But it sounds more like USkank so I think that’s what I’m going to refer to this iron-clawed fucknut as from now on. Like, seriously. Only a mother could love that face. In any case, we ended up “fending” it off (I refuse to believe this thing is dead, skanks never die easily) AND became separated from Sherry and Jake.

And from a personal standpoint, I’m still loving the balls out of Resident Evil 6.