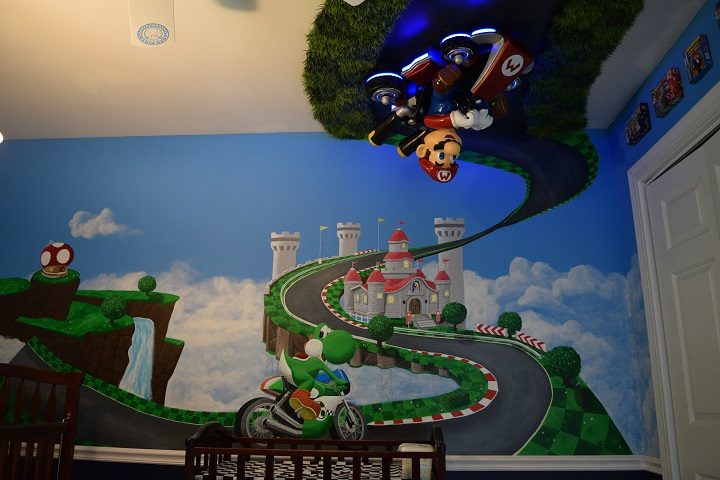 As I’ve said many a time, the thought of spewing spawn out of my body makes my female reproductive parts shrivel into dried-up chunks of dead flesh. Also, that may have been the nastiest sentence I’ve written in my entire life. Bravo, Britt. Bravo.

That said, I can still appreciate those willing souls who partake in the act of reproduction and the rad things they do with their spawn. Take this guy, for example, who built a kickass nursery based off of Mario Kart.

Wes Swain, the rad dad (TOTALLY RHYMED THAT ON PURPOSE), spent over a year and a half working on this. Good for you, sir. Good for you.