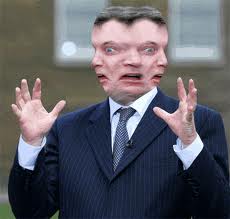 I…I have some terrible, heart-wrenching news for you this morning.

There’s no easy way to say this, but in June the Wii’s Nintendo Channel, News Channel, Forecast Channel, Mii Contest Channel and Everybody Votes Channel will BE SHUT DOWN FOREEEEVVVVVVVEEEEEERRRRRRRR!!!! But don’t worry — the Wii Shop Channel will remain up n’ running because, well, that makes Nintendo money.

Sorry I had to be the one to deliver the news, but I hope this video of LOLcats makes your spirit soar.

But for serious, this probably shouldn’t come as a shocker (heh, shocker) to anyone seeing as the Wii U is, like, a thing that’s readily available for purchase and, well, I suppose having those extra channels on the Wii doesn’t serve much of a purpose anymore. However I shall always remember the hours I wasted surfing the Mii Contest Channel. There was some good shit on there.