And this, ladies and gentlemen, is why you should watch the Steve Wilkos show. (Actually, I wouldn’t recommend it unless you’re being influenced by some foreign substance because, damn, that show will melt your brain.)

KRTV posted the following apology on air and online: 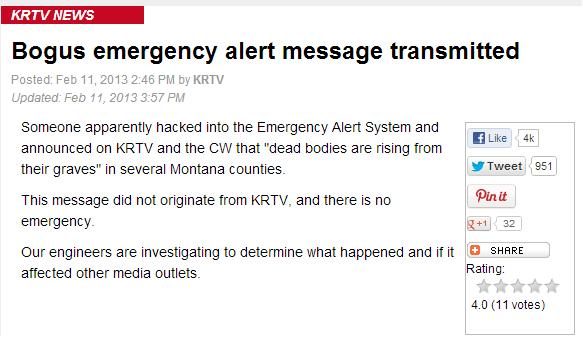 Bahahahahaha. Seriously, if I was watching the Steve Wilkos show at the time of the “bogus” emergency alert I probably would went into full-fledged zombie attack mode, barred up my door, blew up the apartment staircase and jumped ship via my balcony window and begin to gather supplies (such as a ladder to get back into my apartment). Because let’s face it, it’s gonna happen sooner or later.

Dear whoever did this: you won the internet and a very special place in my heart.