How are inFamous and I doing, you ask? Well, we’ve been on a few dates, and while the second wasn’t as exciting as the first, the third gave me butterflies. And before you ask, the second date consisted of doing mundane tasks for helpless citizens. Fun, but not exciting.

So the gist of inFamous is starting to reveal itself, but barely. If the story were a stripper in a school girl outfit, her white blouse would be unbuttoned and the skirt would be unzipped. …right. MOVING ON. My “core” missions as of late have involved cleaning up the clusterfuck(s) created by the Reapers (Reapers…man, couldn’t Sucker punch have come up with another name? I keep thinking of Mass Effect!). Destroying tar truck this, blowing up tar keg that…cool, I get it, the tar is bad news. In fact, when I try to heal those infected with it, the bastards stand up and try to attack me!

Just in the nick of time (before I became overly bored with it) the story revealed one of its bad boys: this hooded dude that met me on a rooftop. 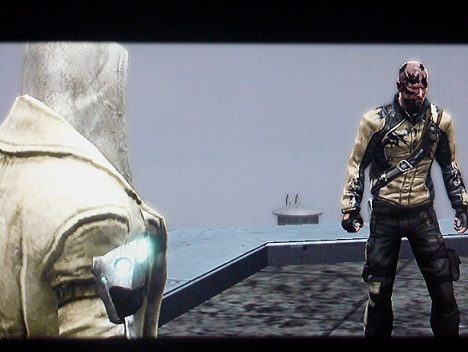 After he said “She’s going to be pissed,” this guy splayed his fingers on Cole’s head and relayed to him images of the future. The images consisted of abundant sunshine with rainbow colored unicorns trotting the streets of Empire City while children giggled and played hopscotch on the sidewalk.

Okay, so the images really were of death and destruction. Go figure. And that’s where I stopped. My next mission is to grab drinks (or something) with Zeke.

So, this tar stuff is interesting. I have the feeling that whoever created it did it for the sole purpose of killing/capturing Cole…or for destroying Empire City. Maybe it’s another Umbrella/Raccoon City fiasco? BAH. There’s too much I don’t know yet. Also, this crazy lady with a seductive voice talks to Cole while he’s under the tar’s “influence”, saying she’s “always loved him” but Trish “doesn’t love him”, and Zeke “doesn’t care”. The most interesting thing she said was “I’ll show you true love, then the bastard will see what he’s lost.” Who could she be talking about? Who lost Cole? The only “he” I know of is John, his boss (can’t remember his name) and the dude on the rooftop. HMMMM.

Oh, and speaking of Zeke. I gotta be honest, but it’s really hard to like this guy. I’ve said from the beginning that I think Zeke has alterior motives, and some of the things he says solidifies my theory. He’s told Cole that he tries telling people he’s Coles right-hand man (in order to gain popularity himself) and he suggested cracking the Ray Sphere and giving everyone the powers that Cole has. Of course, I may be looking way too much into this and he might just be trying to do what it takes to survive (and hey, if I were in his situation I would definitely try to keep Cole on my good side). I’m still leery. 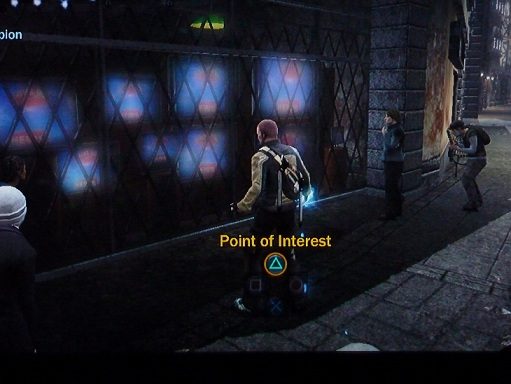 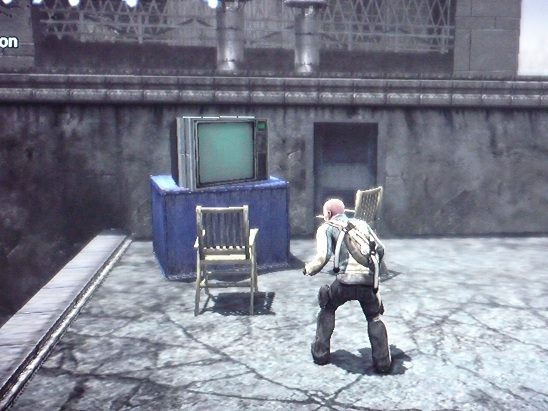