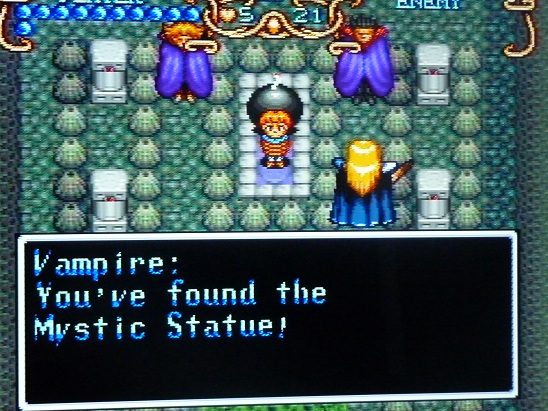 It was time to face them again.

Due to my insanely loud outburst I’m sure the entire world knows about the unfortunate events that plagued me last week, so I won’t go over that SNAFU again (plus, the wounds are freshly healed and I’d hate to reopen them) so I’ll get right to it.

Every photo you see below represents an attempt to defeat the vampires. 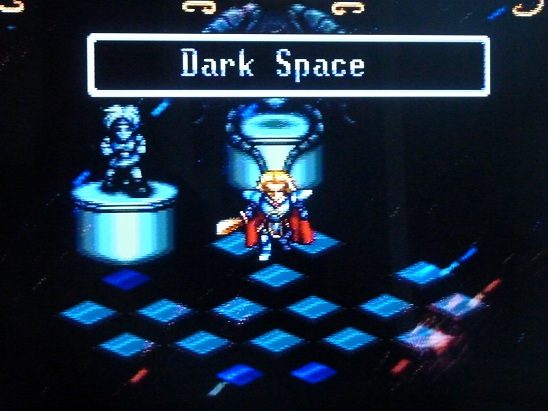 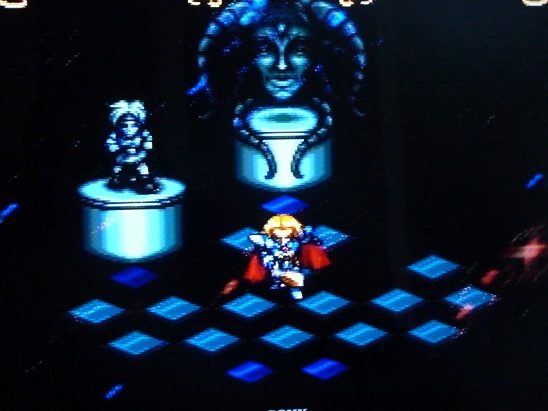 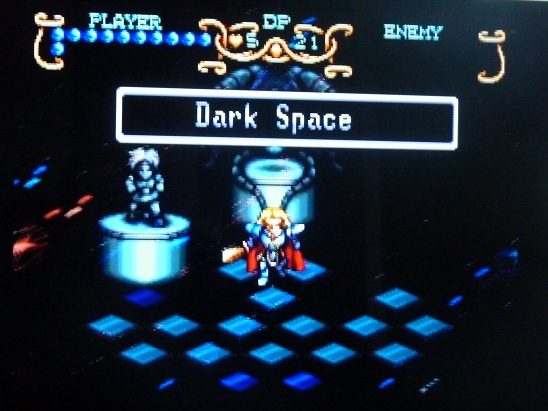 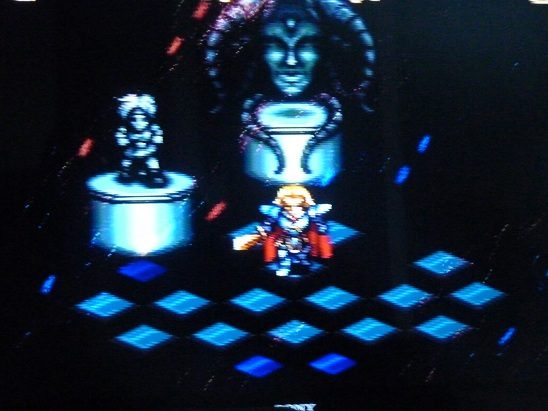 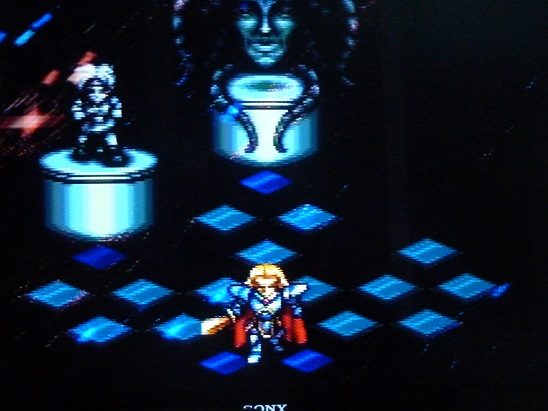 The battle originally started with a full tank of health, but – and this this an annoying thing about Illusion of Gaia – every time you die you’re spawned with only HALF of your total health. Seeing as I died, you know, a LOT, and seeing as the vampires health would be fully restored as opposed to my half-restoration, I’d have to reset the SNES every time I failed to defeat them with full health. Does that make sense? I had ONE shot per reset to defeat them. Because was NO way I was gonna fight those things with half of my health.

But I think I finally found the secret to killing those bastages. Besides, ahem, dodging their attacks (HURRR) I found that I would have a three second lag period at the beginning of the battle during which I could slash the fuck out of the male vampire. (He was the WORST to deal with as he had this sorta-kinda annoying tendency where he’d try to kill me with a projectile missile.) IT WORKED SO HARD. 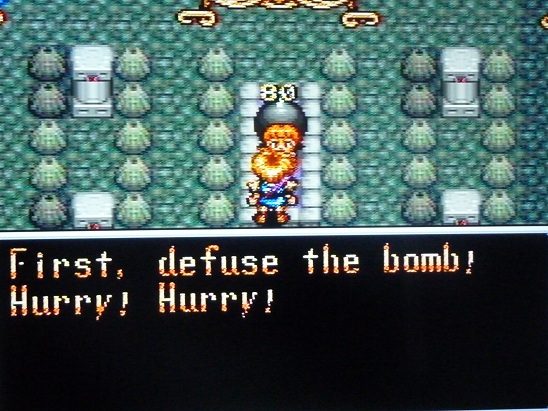 The first time I defeated the vampires I only had three seconds left. This time I had 80. YEAH! ::pats self on back:: AND I had over half of my health remaining. Exciting shit.

After I defused the bomb (which was an act that took a few seconds, so I’m wondering if I would have been able to do that with only three seconds remaining anyway) Lilly decided to un-fairy herself and finally make an appearance. You mean to tell me that bitch had been chillin’ in my pocket that ENTIRE time and she didn’t try to lend a hand? You’re on my shit-list, girl. 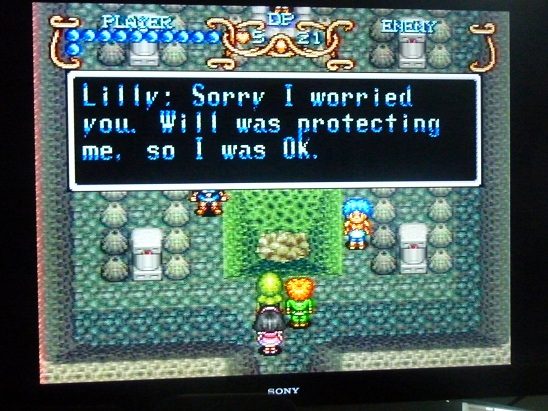 We needed to get out of Mu, so we took the same Seaside Tunnel that the other people used to escape Mu WAY back when. But that tunnel must have been long as FAWK, for over two weeks had passed and we still hadn’t found our way out. In a random twist of randomness, Seth somehow contacted us via Morse Code. You know, Seth, the guy who was swallowed by Riverson, that giant Sea Monster on the Gold Ship? Yeah. THAT Seth. 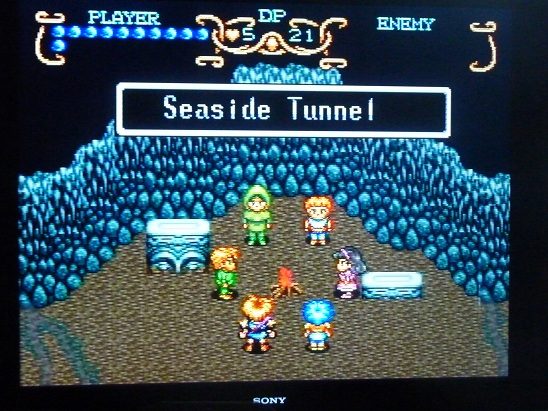 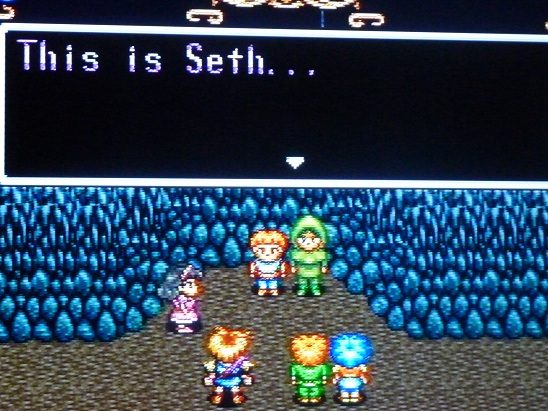 Apparently his body has changed to Riverson’s, and Seth said Riverson told him evolution is being affected by the light of a comet. So, like, is he talking to himself? In any case, Seth (Riverson?) said he wanted to “continue the journey” with us, but because he is uh currently a massive sea creature he is unable to do so. ORLY. I dunno, man, having a massive sea creature on my team be rather beneficial. JUST SAYING. Way to be selfish. I’m going to start calling him Selfish Seth.

We eventually made it out of Seaside Tunnel and travelled to the land of Angels and oh boy — once we did things started to get REALLY sappy. Like, “OMG I love you so much and I’m going to make wishes so you love me too and and and it’s sooo ROMANTIC!!!!!”

15 year olds…they have so many raging hormones…