I made it my goal this past Halloween weekend to  pose with every person I found who was dressed up as a videogame character. Unfortunately, as I drank more I sorta-kinda forgot about this goal, but every once in a while the synapses connected and I had great success. 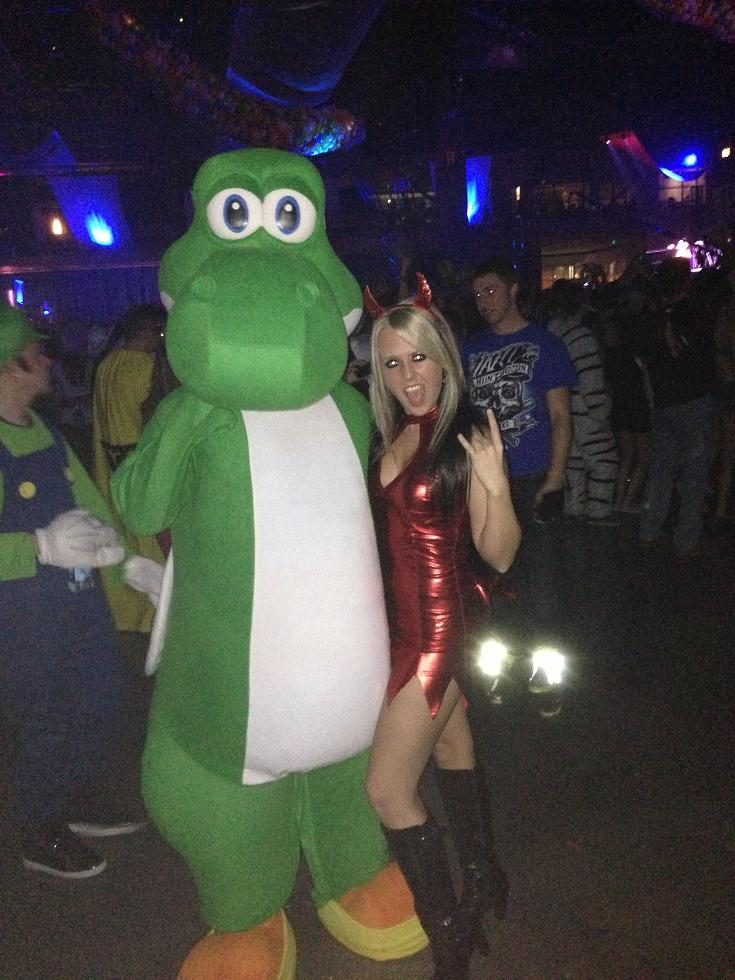 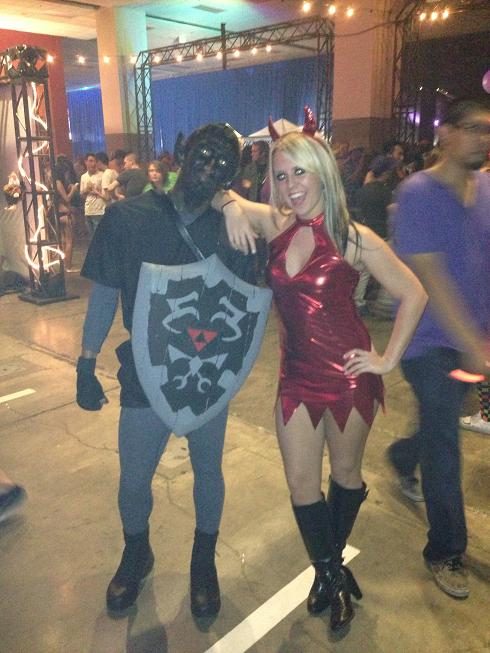 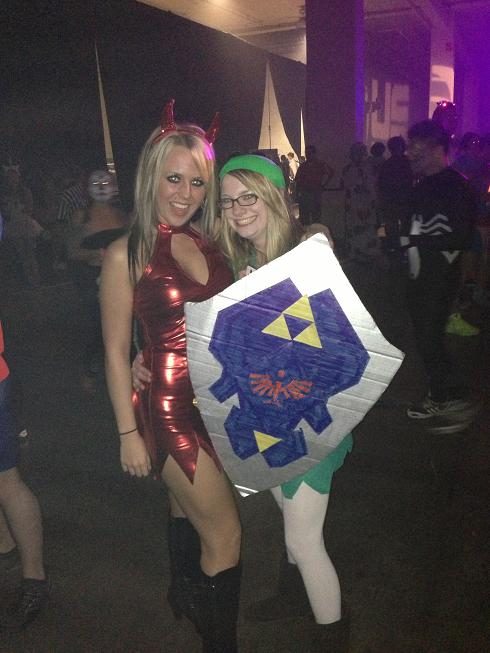 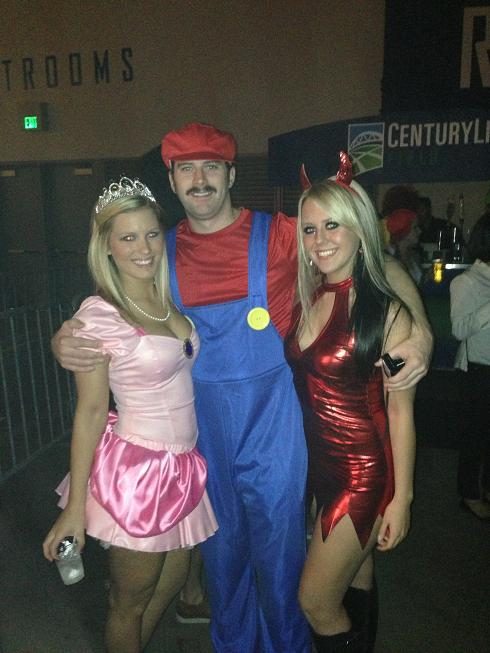 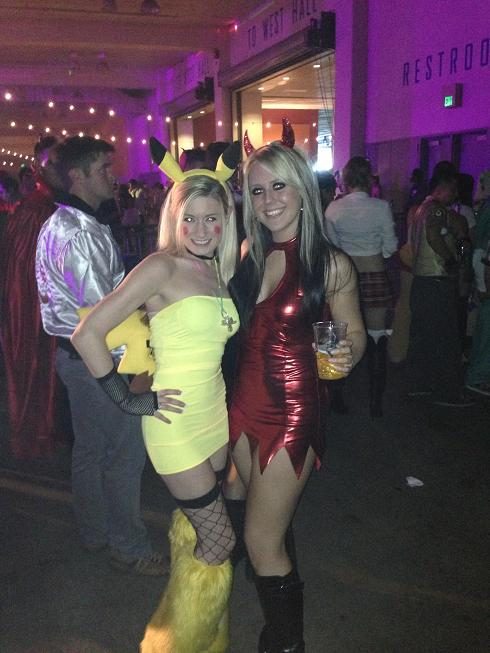 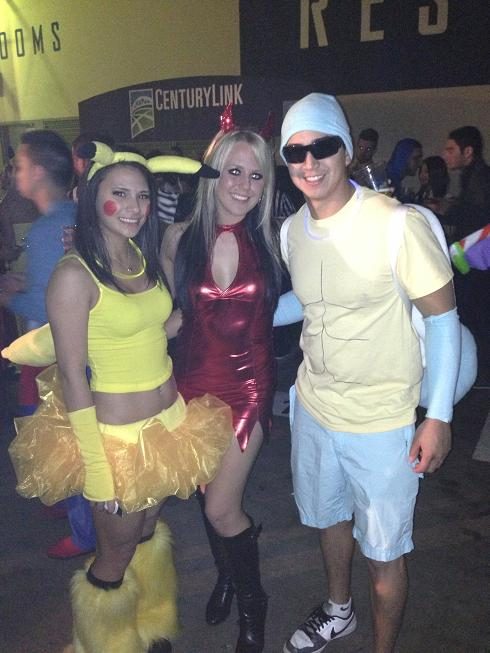 Needless to say, I wasn’t feeling too hot the next morning, which was NO BUENO considering all of the above photos were taken on Friday night, which meant I still had all day (and night!) Saturday to parade around in my Link costume.

And parade around in my Link costume is exactly what I did. In the rain. And in the cold. I mean, this is freakin’ Seattle so of course wishing for anything about 50 degrees would have been a pipe dream. So, yeah, after being called Zelda at least twelve times (REALLY, SEATTLE? I thought you were better than that!) it was time to settle down at Gameworks and begin pre-funking for the night ahead. But I gotta be honest — the alcohol wasn’t tasting like the gold sex it normally does.

But at least the waiter was amazing and drew a Triforce on the receipt! <3.

I had originally planned to sport the Link costume, Master Sword and Hylian Shield to the next party but the lace on “Link’s” lace-up shorts was having a weird-ass reaction with my skin, and caused a “WTF IS THIS?” puffy welt on my hip. It looked like I had been bitten by a zombie and my skin was in the beginning stages of sloughing off. So, sadly, off went the Link costume and back on came the ho-bag devil costume. WORKING FOR TIPS TONIGHT, BABY.

There was a group of WoW characters waltzing around, but unfortunately I couldn’t track them down and take a picture with them. THEY MUST HAVE BEEN RIDING THEIR MOUNTS. Or something. Even though I’m a WoW player, that’s all I got. I need to catch up on my lore…

Anywhozers, all in all it was an awesome Halloween! The best part by far was walking around downtown as Link, even if it was in the piss-ass rain and cold. I’m definitely wearing that thing to, like, every event of my life from now on. Hello, future-wedding-whenever-you-happen-but-first-I-must-meet-Alistair.

Did you guys have a great Halloween weekend? Did you dress up as anyone?