I was gone for the majority of last week, so I just got around to reading about Umbrella Corps.

…Can I have a soapbox for, like, two minutes? This won’t take long, I’m sorry.

A-hem. Now, I love Capcom, and I more than love Resident Evil, and I think it’s cool Capcom want to release a game to celebrate Resident Evil’s 20th anniversary. But for that game to be an online multiplayer game that seems almost devoid of anything related to Resident Evil (besides a zombie or two)(more on this further below) has me all sorts of WTF’ing over here. Like, wouldn’t one think to celebrate an anniversary of a long-standing franchise one would want to contribute something new and rad to the story? 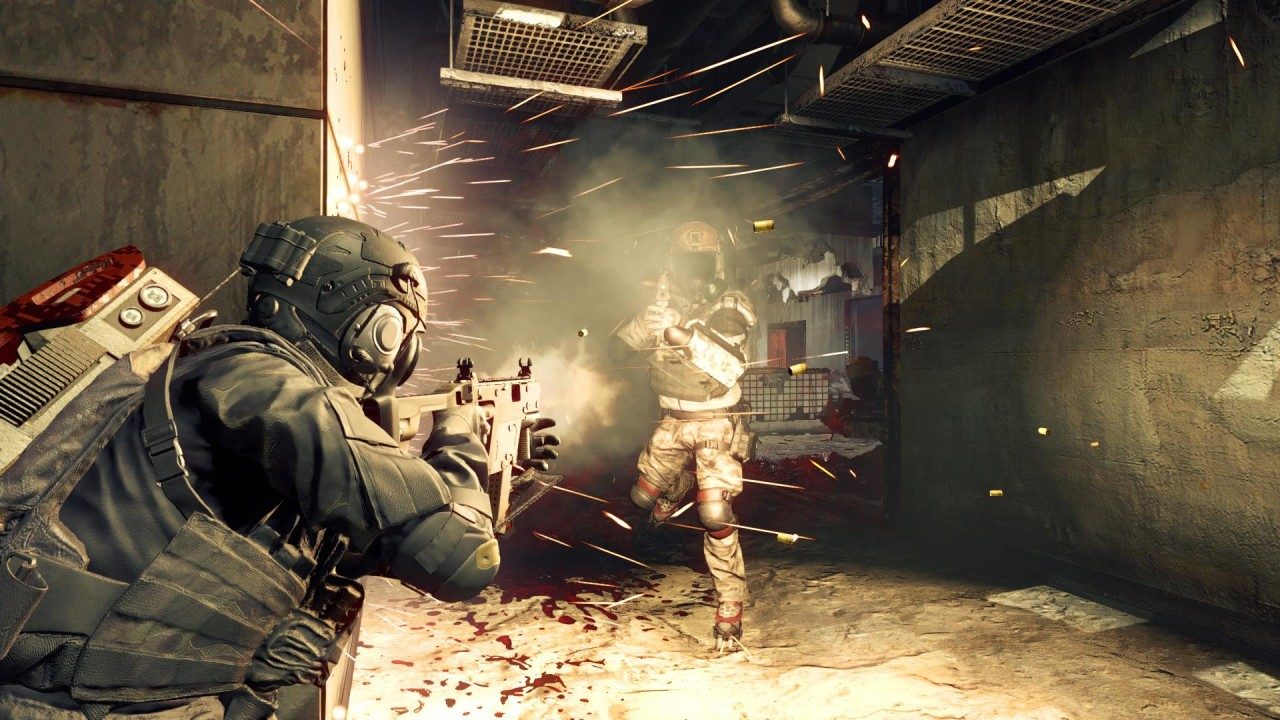 The only bit of info I can find that ties Umbrella Corps to the Resident Evil franchise are these quotes from producers Masachicka Kawata and James Vance:

“The game is not a hypothetical, “what-if” side scenario. Umbrella Corps is set in the present day of Resident Evil, which means it’s after the events of Resident Evil 6. It’s almost in an ironic way that we’re using the title Umbrella Corps. If you know your Resident Evil lore, Umbrella no longer exists at this time in the universe; it’s been destroyed. There’s definitely a kind of a background of the Resident Evil universe that forms the basis of the game’s premise.”

“Umbrella Corps is, basically, an ironic title. The premise is that Umbrella Corporation, they were the lead corporation in the world of Resident Evil; they had the most advanced technology and most advanced bio weapons and things like that.

After their fall, there are a multitude of other organizations that are trying to get their hands on that research, or that information, to become the next Umbrella. The mercenaries are hired by these corporations–often times not in a forward-facing manner, it’s all behind the scenes–to go into these areas where some kind of biological terror incident may have occurred to try to extract something with value. In that regard, these areas will tie into the Resident Evil universe quite strongly, and there’s many things that you’ll see there, that we can’t reveal at this time, that have strong Resident Evil hooks.”

Hmmmm. Y’know, regarding all that, if we’re gonna be totally honest here, I sooorta-kinda have the feeling that someone in-studio thought, “Hey! We need to make an online competitive game. But how do we tie that into Resident Evil?” And thus the “tie-ins” we see mentioned above were born. Basically, my “afterthought” radar is screaming right now.

In any case, rant over. I know I’m being a butthurt fangirl. I just love me some Resident Evil — probably to a fault. ;____;

/steps off soap box, trips and lands on face