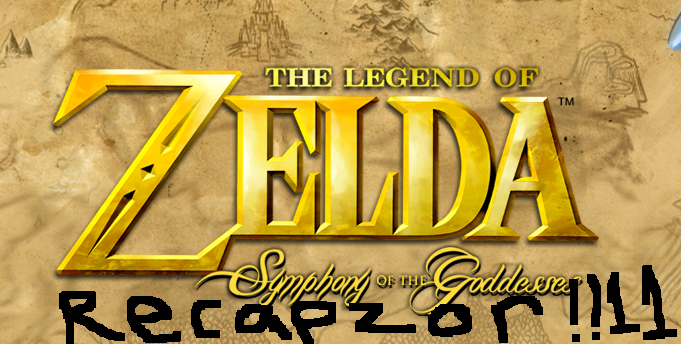 Zelda: Symphony of the Goddesses gave me gamer wood. There’s no other way to put it.

This show absolutely blew Play! out of the water, and I can’t even compare it to Video Games Live because Zelda: Symphony of the Goddesses is in a league of its own. It was simply beautiful. So beautiful, in fact, that I can guarantee several nerds were shedding nostalgia-tears in the auditorium last night.

This sounds shallow, but one thing I loved about Symphony of the Goddesses was that it ignored the handheld titles. I KNOW, that’s a terrible thing to say—especially as a Zelda lover—but let’s face it, it’s the console music that’s the most popular, and while I’m sure the handheld titles have fabulous music I’m glad the symphony focused on the real meat and ‘taters. 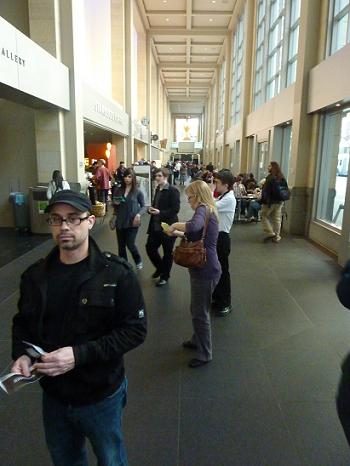 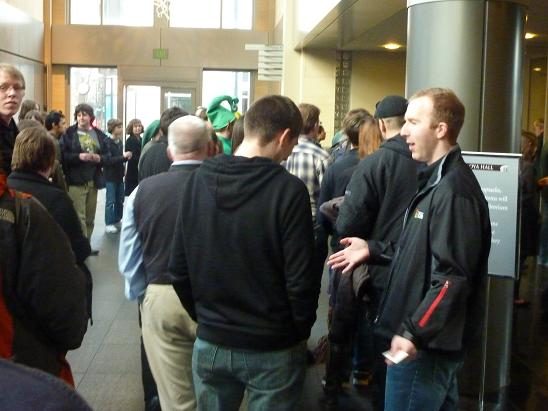 This is an hour before the show started, and as you can tell it wasn’t very crowded, nor filled with many Zelda cosplayers…yet. I LOVE getting to these things early. Not only for the fabulous people watching but also for the themed drinks and merchandise. 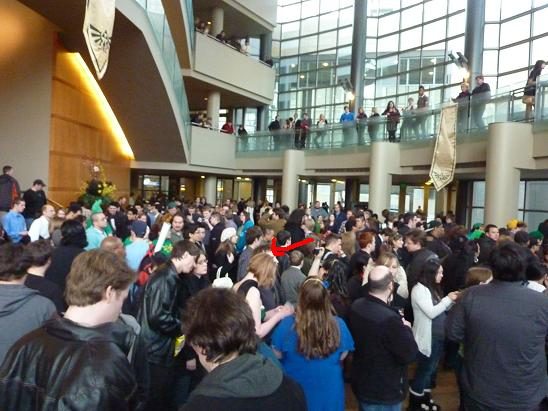 The above photo makes it appear as if everyone was bull rushing something, but I’m pretty sure the kids were just in line for the merchandise table. Anyway, do you see the redhead? She’s next to the girl in blue at the bottom. After I ordered my Heart Potion I stepped away from the bar for a few moments. I briefly glanced back at the bar and I saw her ordering a drink, and I saw that I left my wallet at the bar. I quickly reached across her to grab it, but she snatched it out my hands and said, “Nono, that’s mine.” I looked in my purse and sure as hell, my wallet was in there. YEEPPP we had the same wallets, but I thought I had left mine on the table. I felt so bad! Thievery +1

After getting lubed up with a Heart Potion and a Triforce, it was time to find the place whereupon I would place my ass for a few hours. I gotta admit, I was really impressed with the seats! The folks and their ins-turd-ments were right in front <3. 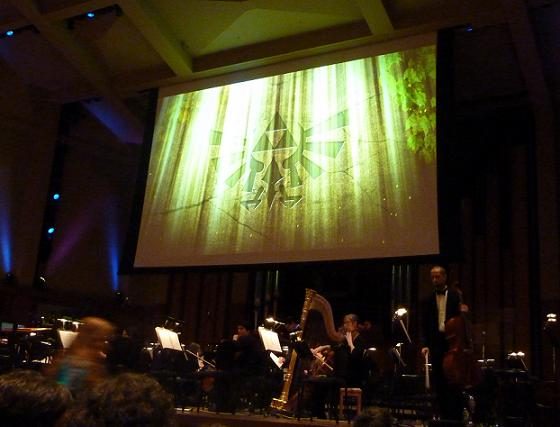 I will now slather photos everywhere. 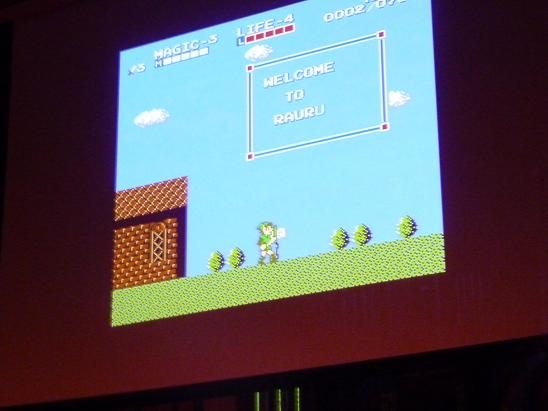 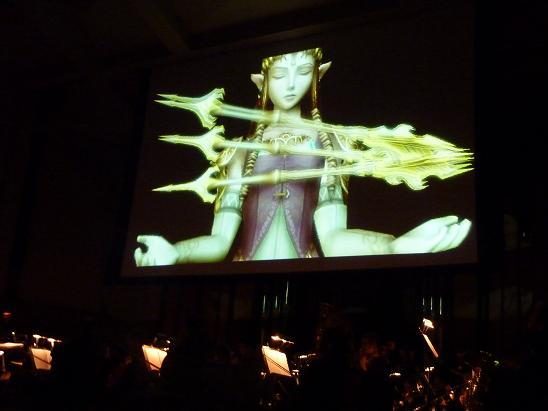 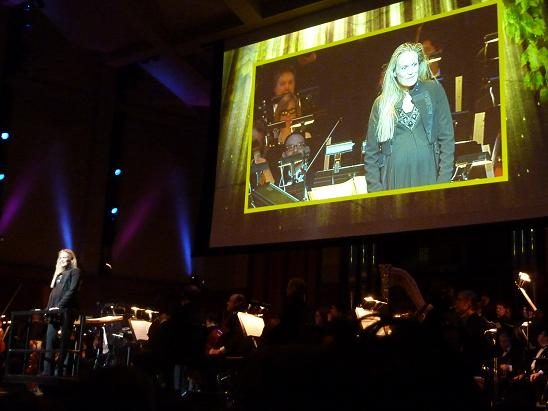 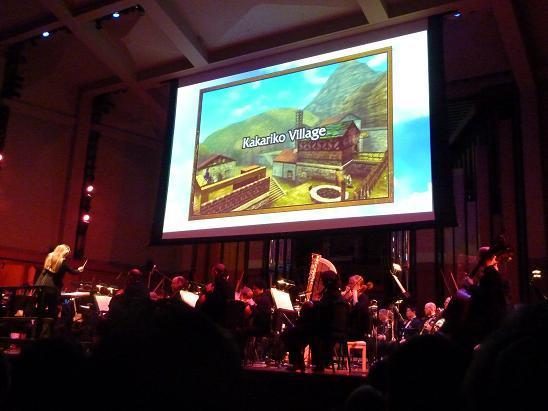 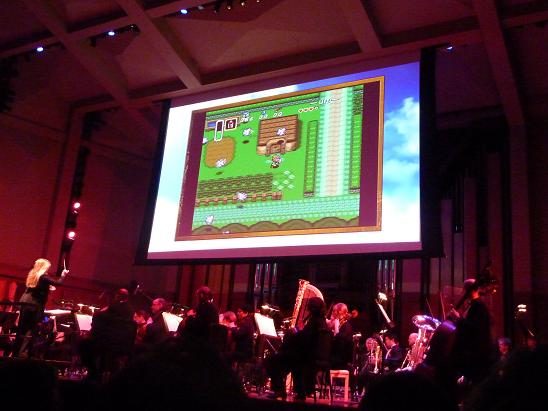 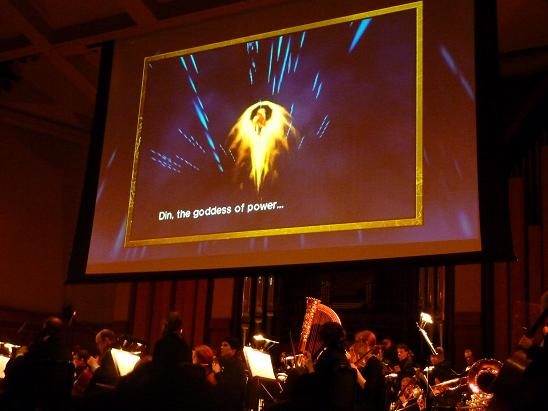 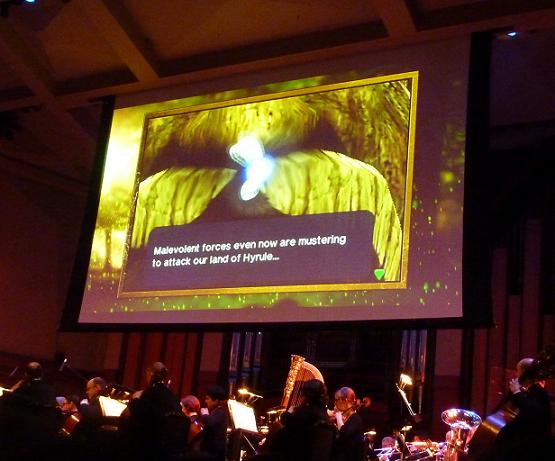 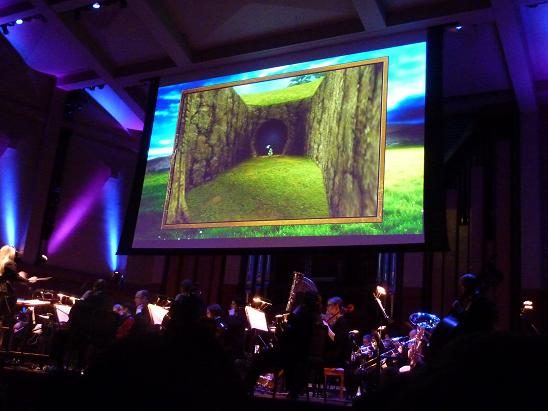 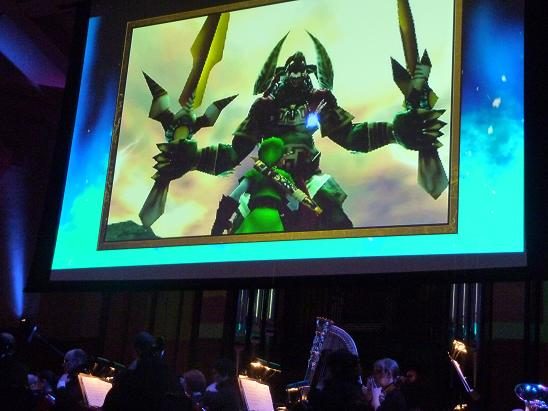 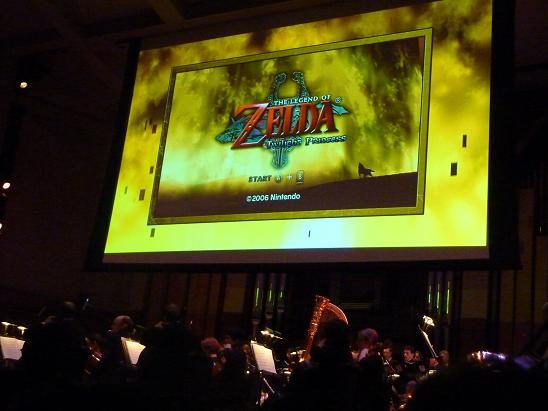 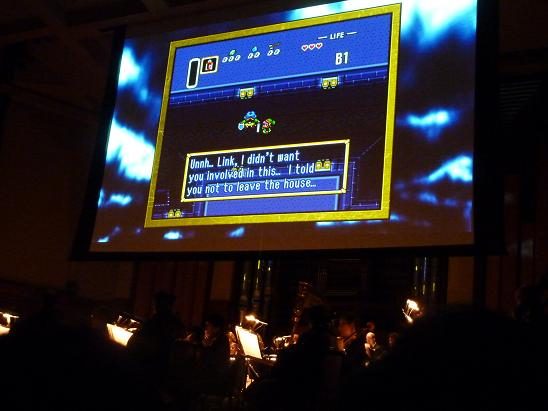 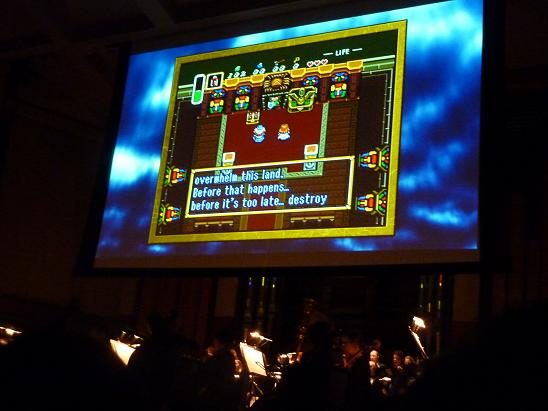 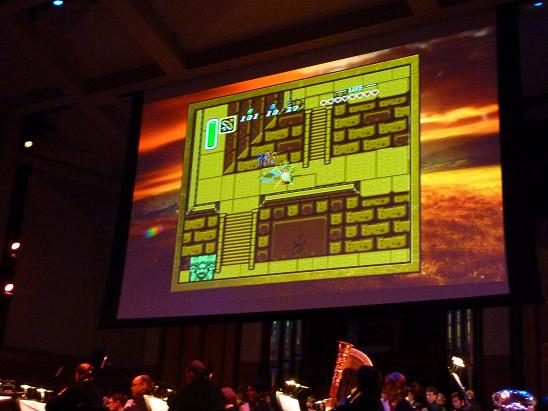 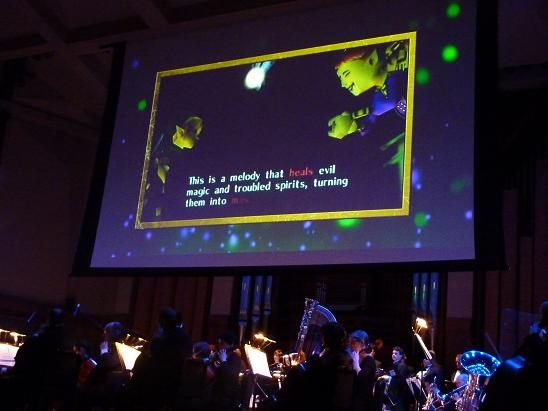 Ahhh!!! Posting all of these photos makes me wish I could rewind time and do it all over again. Guys, if you have the opportunity to go, GO. Seriously. You can thank me later. Hands-down one of the best live performances I’ve ever been to.

(Also–there’s a legitimate reason you don’t see any photos from the Wind Waker segment. It’s not because there wasn’t one, because there was, and let me tell you it sounded fantastic. That being said I’ll save that story for another post for I feel it will be a very bitchy one and I do not want to take away from the awesomeness that was Zelda: Symphony of the Goddesses. ;D)