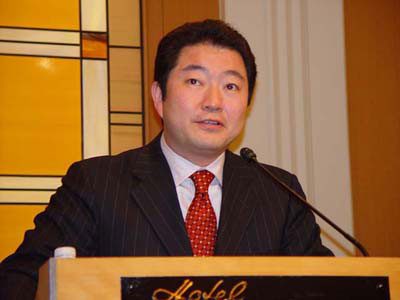 Damn, son. First, John Riccitiello steps down from EA due to sucking at life (and admitting he was responsible for EA’s poor financial performance) and now Yoichi Wada, president of Square Enix, has confirmed he’s set to resign due to “extraordinary” financial losses.

How “extraordinary”, you ask? Well, let’s put it this way: Square Enix had originally expected to make a 3.5 billion yen profit, but has now announced a 13 billion yen loss.

“In view of the rapidly changing environment of the game businesses, the company has decided to implement major reforms and restructuring in its development policy, organizational structure, some business models, and others. The company expects that the representative directors will change. Such change is subject to a resolution by its 33rd annual general meeting of shareholders to be held in late June, 2013, and a resolution by its board of directors meeting to be held after the said meeting of shareholders.” Square Enix said.

For shits, check out the below graph I found on ComputerAndVideoGames.com regarding software sales of Squeenix’s latest and greatest: 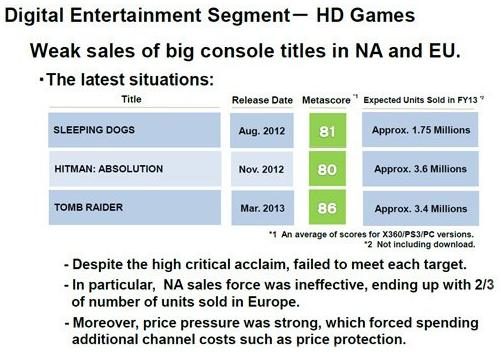 It’s crazy to think we live in a time (damn, that makes me sound old) where selling 3.4 million copies of a title can be considered a failure.

What steps do you think Square Enix needs to take in order to turn themselves around? Besides, you know, working on and semi-marketing a game for twenty years without releasing it. (COUGH VERSUS XIII COUGH HAAAAACK.)