THIS IS SOME RING SHIT. You know, the movie The Ring? If you don’t know what I’m talking about, it’s about people who watch some cryptic fucked up teaser on a VHS and before they know they end up dead, seemingly soaking wet and disfigured in a closet. Well, I feel like we just watched the video game version of The Ring’s teaser. IT HAS BEEN NICE KNOWING YOU FELLOW READER. 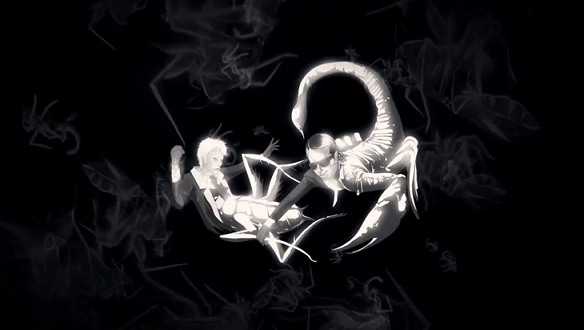 Kodoku is a PS4/vita survival horror title in development by Carnivore Studio. In Kodoku, players assume the role of a collector who travels to the abandoned island of Kodoku which, uh, actually isn’t so abandoned after all HAHAHA because there are evil entities and spirits and other weird man/pig hybrids waltzing around and apparently eating other living creatures as seen on the trailer. (Deeeee-lightful.) Anyway, this collector of ours is on the prowl for a rare book. And to that I say this must be a pretty freakin’ amazing book to offset the fuckedupness this poor human being must endure.

To raise the pant-staining bar even higher, it sounds like players won’t be given any weapons. Carnivore Studios is going for major stealth here, although sorcery will be available to help you survive.

I…I want this game. I want it right now. I have an extremely confused lady boner.