IT’S ALMOST DOOOOONE!!! Consequently, I don’t have many more exciting photos to show you, but have a looksee anyway: 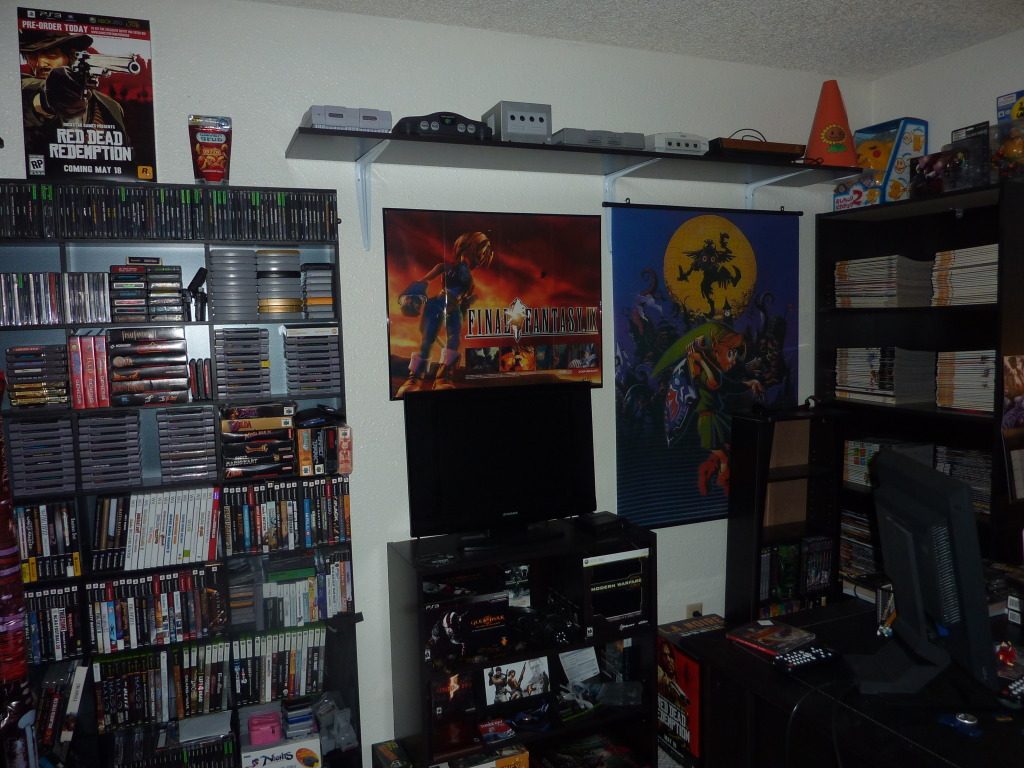 When I first started constructing my womancave, I thought it would be cool if I could put display all of my duplicate consoles on a shelf. Sure, it sounded great at the time, but upon realizing just last weekend that I own more of them than I realized (example: I have five N64s) I came to terms that that just wasn’t the best idea. Thankfully I was able to put at least six on the shelf, and the extras will have to be stored away until I figure something else out. [sad] 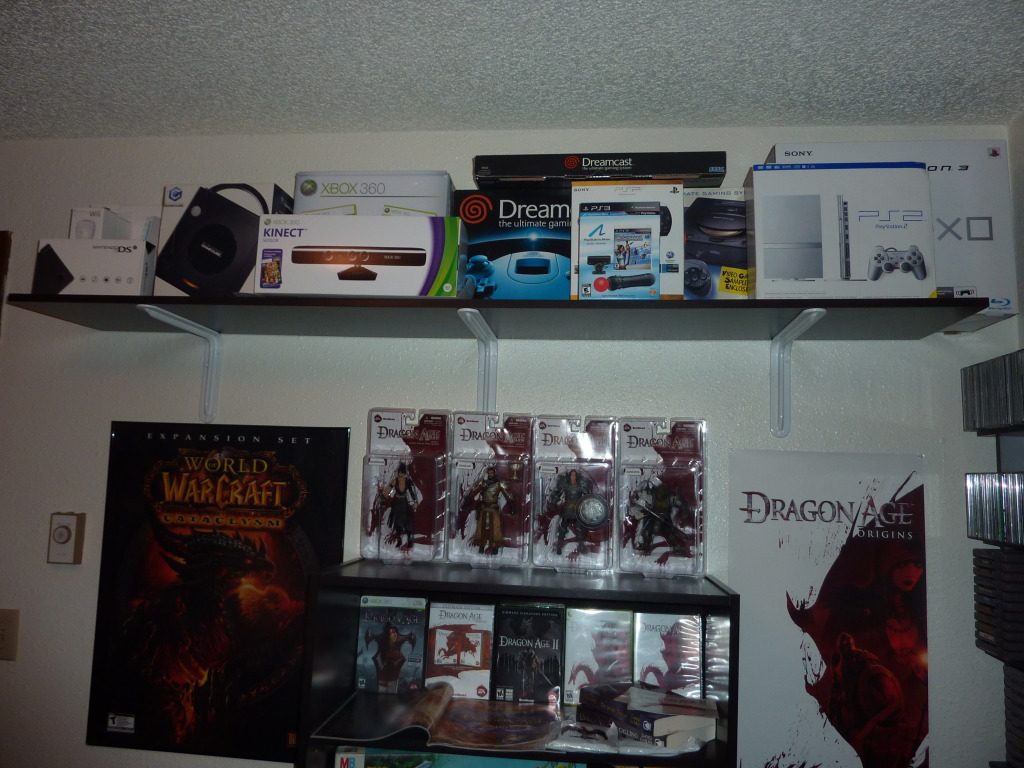 Here’s another shelf that I put up several weeks ago. I keep all of my boxes, and if I didn’t have a shelf to put them on the only place I could put them would be in my ass. So, there you go. I think the oldest box I have up there is the Sega Saturn. I’m going to be honest…I’ve been searching eBay for empty console boxes to put up there. >_>

I’ve added a few more things to my Zelda shelf. 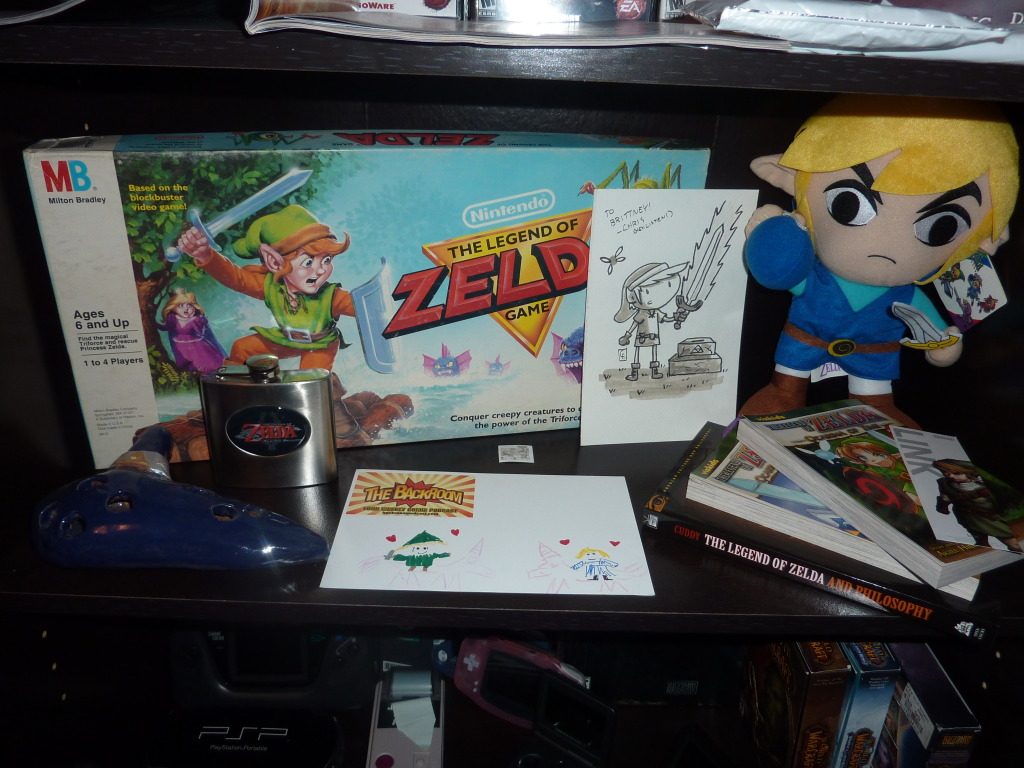 I also removed the inflatable wrench from Ratchet and Clank and put all of my handhelds on display. 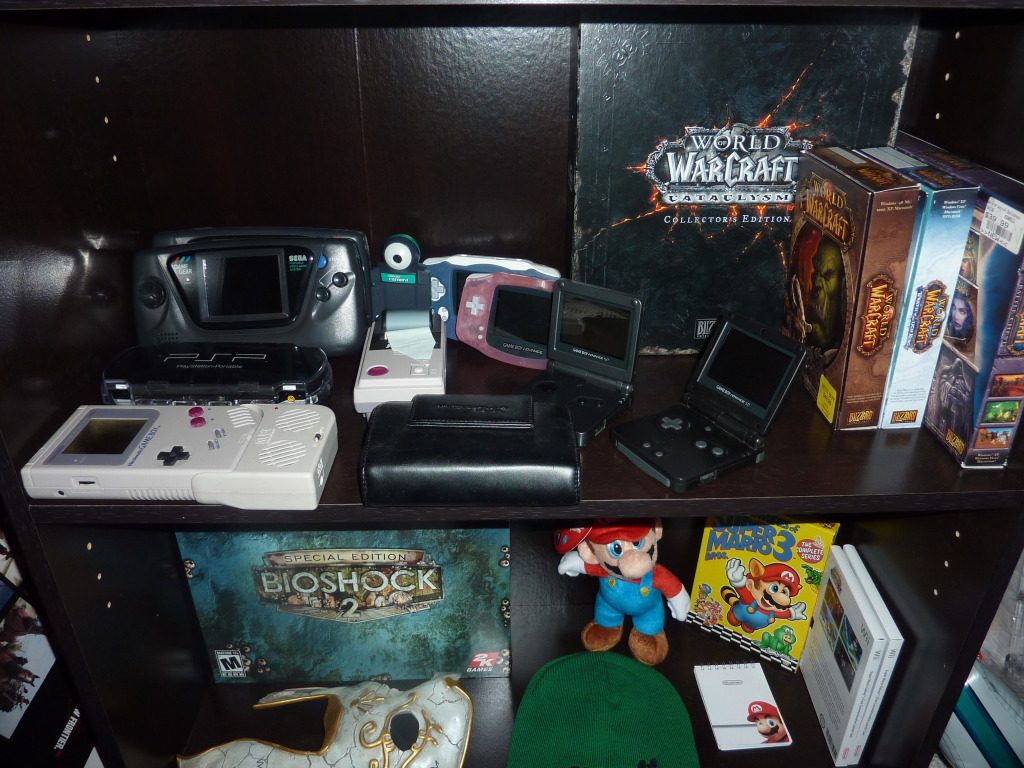 I think all I have left to show you guys are the videogame shelf itself, the magazines/guides and a few posters!