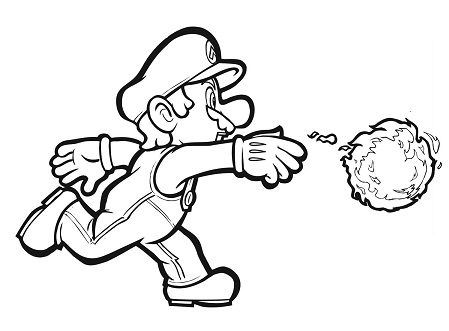 My new Woman Cave is still a work in progress, which means I’m trying to, well, cleanse. During this so-called cleanse (which basically means I’m just shoving stuff from one corner to another) I came across a three-tier drawer that was *SURPRISE* full of video games. I’m not even going to bother with them, meaning I’m just going to give them away. While scoping out the forgotten loot, I stumbled across several copies EACH of Mario Kart 64, Super Mario Bros., Mario’s Time Machine and New Super Mario Bros. Wii. SO TAKE THEM. TAKE THEM AWAY. 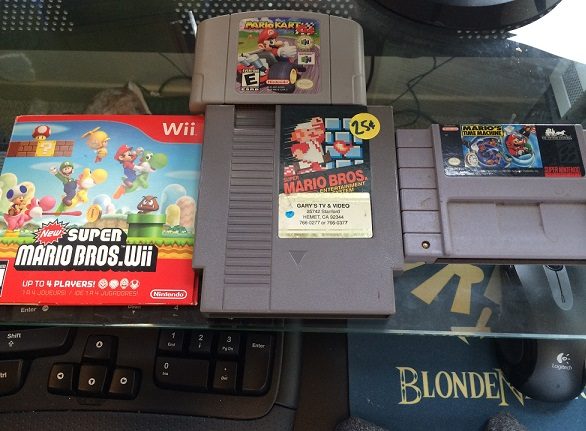 I can’t guarantee the games will work, as I haven’t tried them out myself. Mario’s Time Machine is quite gross with dust, but if you know how to clean these bad boys the proper way I don’t think you’ll have any problems. As you can see, Super Mario Bros. has a Gary’s TV & Video sticker plastered on the front, and there are two more on the back. Mario Kart 64 is in great condition and New Super Mario Bros. Wii’s disc is scuffed, but HEY all of this is free, so you’re out nothing in case something doesn’t work.

Again — TAKE IT AWAY!

OH. One more thing. Uh, because I’m trying to purge some of the older games most people don’t want, you’re getting these as well.