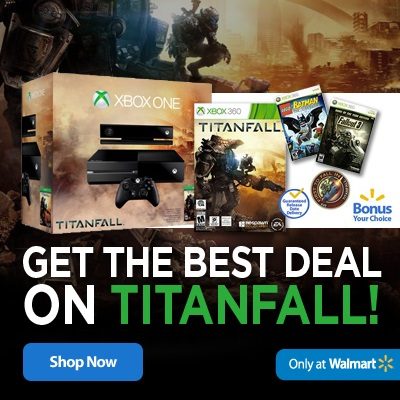 This post was sponsored by Lunchbox. All opinions are my own.

HEY GUYS! In case you missed it, a little next-gen gem called Titanfall recently launched for Xbox One and it’s causing quite a splash in the gaming community.

Don’t have an Xbox One in your arsenal? Never fear — the Xbox 360 copy of the game is launching on March 25th! And if you’re looking for some spiffy exclusive content, Walmart is offering a game bundle for the Xbox 360. Not only will you get a copy of Titanfall, which includes an exclusive First to Fall Tactical Patch, you’ll have the option to chose from a Platinum Hit game — LEGO Batman, Fallout 3: Game of the Year Edition or Call of Duty 2 Special Edition! 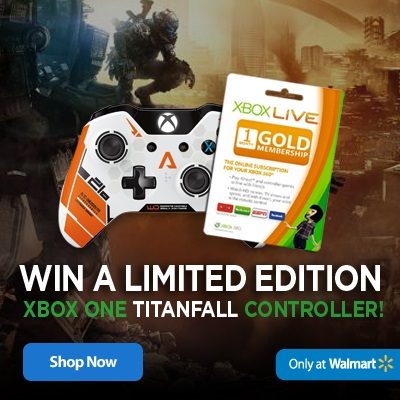 How would you like the chance to win a Limited Edition Xbox One Titanfall Controller and an Xbox Live Card? Let us hook you up!