GET EXCITED. Or tailor your excitement. Do whatever feels right, man.

Eiji Aonuma, y’know, the guy we all know and love that works on that lil’ franchise called The Legend of Zelda, was recently speaking with Game Informer to promote Hyrule Warriors. When asked if we might see similar multiplier functionality a la Hyrule Warriors in the next Legend of Zelda title, Aonuma responded with the following:

“The two-player functionality of Hyrule Warriors is actually something that has traditionally been done in the Dynasty Warriors series, but they’ve changed because of the hardware and the second screen on your GamePad. Instead of having a splitscreen on the television, you have one-player playing on the television and one on the GamePad.

“When I was talking back about making Zelda more than just a single-player experience? That’s something you will see in the future, maybe next year.”

…Okay, let’s be real. Hints floatin’ around that suggest Zelda may be receiving multiplayer isn’t anything new. I think it was around the beginning of 2013/end of 2012 Aonuma said he and his team were working on breaking the age-old formula of Zelda players facing their adventures alone. (Bear with me, that in NO way is an accurate quote or whatever but that’s the gist of it.) Now, that could have been in regards to the then-secret-squirrel project of Hyrule Warriors, but my guess is that it’s aimed more at the next Legend of Zelda installment. (Of course I could be Totes McGoats wrong and he could be alluding to another super-secret-squirrel project we’re unaware of.) 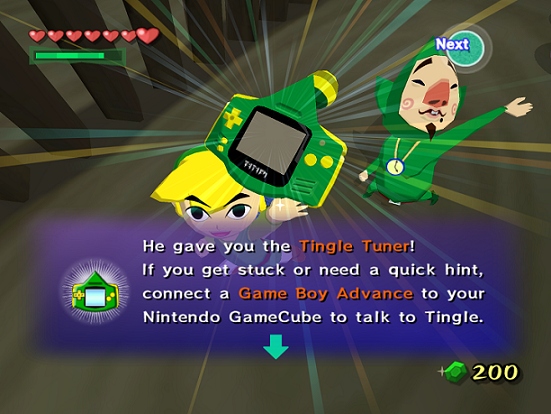 If there’s a series that has taught me to keep an open mind, it’s The Legend of Zelda. (I was totally one of those asshats who shunned Wind Waker for YEARS due to the graphics. So HEY SURPRISE I loved the shit out of it when I did play it.)  Thus and such, that’s exactly what I’m going to do. IT COULD BE BUTTLOADS OF FUN, PEOPLE. I’m just trying to figure out how they would incorporate true cooperative multiplayer into a Zelda game — because that’s what I would want — and theoretically they could go about this a million and a half different ways.