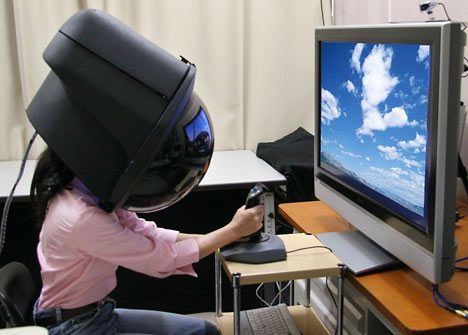 If you’re a believer of highly credible rumors (are those even a thing?), and the thought of a Virtual Reality headset spearheaded by Sony is something that causes your bunghole to pucker due to extreme excitement, then prepare for puckerage! (No wonder no one takes me seriously in this industry.)

Rumors of a Sony Virtual Reality headset have been swirling around for several months now. According to “multiple sources”, Sony was supposed to reveal their VR headset during gamescom last August, but plans were postponed. It was THEN believed the announcement would take place during Tokyo Game Show, but that didn’t, like, happen.

NOW the latest rumor is that Sony will be announcing their snazzy VR tech during their ‘Driving the future of innovation’ session at GDC on March 18th. For those of you without a calendar, that’s next Tuesday. To add some salty meat behind this rumor, the session will be headed by Richard Marks and Anton Mikhailov, both of which helped develop the PlayStation Eye and Move. Sony “President of Everything” Shuhei Yoshida will be there, too, and developers have been told this is a session they won’t want to miss.

So, hey! There you go. Either way I think there are enough rumors floating around that it’s hard to believe NONE of this has any merit. More players on the VR playing field is always a good thing, buuut until the whole motion sickness and nausea thing is toned WAY down it’s going to be difficult to get my bunghole too puckered. I mean, I love watching video footage of other people playing the Oculus Rift — as I think the tech really is grand — but I suffered for a while after dinking around with one myself.  That being said, if Sony were to release one of these bad boys tomorrow I’d be first in line. Because that’s how I roll.

SOUND-OFF TIME! What do you think about Sony entering the VR field? Do you think it’s a “next step” for all of the main players of the industry? If all of these rumors are true, will Oculus Rift — *GASP* — pair up with Microsoft?! (That’s a bit dramatic, but you never know!)