Admittedly, I think I have a pretty badass TV — it’s 55″ of pure, concentrated sex on a screen. But this sex screen has an STD, if you will (and you will). You see, the TV itself doesn’t have any component plugins, it only accepts HDMI cables. As you can imagine this makes it rather difficult to play old-school consoles on this 55″ wonderboat. (What the fuck? Wonderboat?) Which is why THIS little adapter comes in handy:

But that’s not the aforementioned STD I was talking about. Unfortunately if you try to plug in Y, Pr, PB component cables into the adapter the red doesn’t take. The picture looks like this: 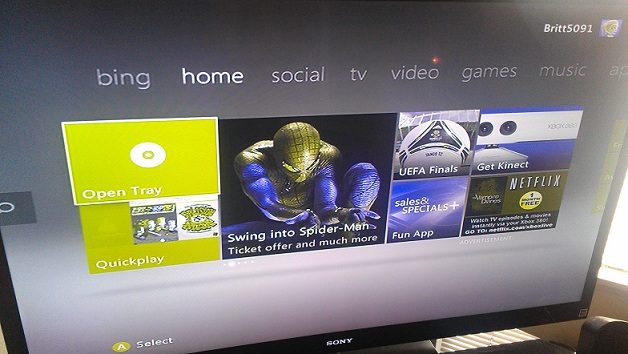 This typically isn’t an issue because I’m normally playing games that either run off of HDMI cables or the generic red, white, yellow components (which work just fine), but last night I hit a roadblock. I wanted to play Super Smash Bros. Brawl, and all I could find were my ground-breaking 480p Y, Pr, PB cables. Needless to say, Smash looked like shit. Mario’s t-shirt was yellow, Zelda’s outfit was this weird barfy brown and Kirby looked like a ball of solidified piss.

Through some tinkering, it was discovered that the red color WOULD take if the red cable was inserted at a slight angle. For whatever reason, that worked — I assume something is effed up with the prongs or whatever. But it was impossible to hold the red cable in place, and as soon as we let go  the colors would switch back to the yellow, blue and green clusterfuck like you see above.

But then we spotted Jaws.

And Jaws fixed everything. 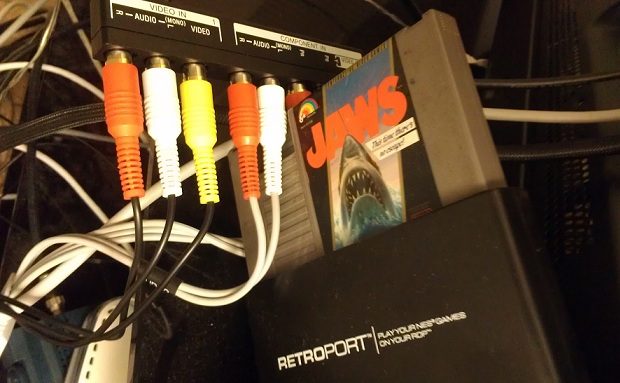 I was caught up in all sorts of excitement, so I failed to take a picture of the glorious aftermath caused by Jaws’ bulky cartridgeness. But rest assured, it was the most beautiful 480p I’ve ever, erm, seen.