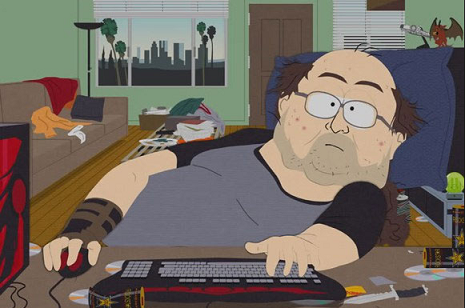 Here we are, in all of new-console-launch glory. Although the Wii U has been out for (literally) a year and a day, we can’t deny the industry is more abuzz with the recent launch of the PS4 and the imminent launch of the Xbox One. Many of us held off on buying last-gen games like Assassin’s Creed IV, Call of Duty: Black Ops and Battlefield 4 until the new machines became/become available, and others are just holding off in general for launch titles like Killzone, Dead Rising, etc.

It has been, what, roughly since 2006 since the last time we had a big industry launch like this. Exciting times, right?  I thought I would be one of those who rushes to get their Xbox One, scrambles home to hook it up and experiences a killer launch title whilst allowing their derriere to melt into the sofa. But in a strange turn of events it’s very likely I won’t  touch the Xbox One this weekend, other than to bring it home.

ARE YOU KIDDING ME.

I mean, what the hell?! Last November I waited in line for a Wii U, stayed up way past my bedtime in order to fuck around with Nintendoland and finished New Super Mario Bros U within a week. I haven’t really touched it since, other than to download some retro games every now and then. So, how freakin’ ironic is it that I’m going to be playing the Wii U during one of the biggest console launches of the industry?!

Of course there’s great reasoning for this. For starters, I’m FINALLY picking up a 3DS this Friday, and with that comes A Link Between Worlds. OOOH and I’ll grab this other little game as well — you might have heard of it — Pokemon X or Y. (Dunno which version to nab yet!) OH OH! Don’t forget about Super Mario 3D World Land Universe HD U! (Which is admittedly the thing I’m most excited for.)

When I first heard of and played Super Mario 3D World at E3 this year I was a bit skeptical. It seemed like a cheap and rushed way to ensure a Mario game launched  this holiday season. BUT. But. After reading all of these reviews, it’s blatantly clear that A) Nintendo mismarketed the shit out of this game or B) I and many others didn’t see the magic that was brewing and were just Negative Nancys. In any case, I am BEYOND excited to fire up this bad boy Friday night, grab a beer or two and have at it with friends.

Seriously guys, I am SO excited for a Nintendo weekend. I haven’t had one of these in, shit, years, probably since the release of Skyward Sword. SO THE XBOX ONE AND PS4 CAN WAIT. My inner, seemingly- long-lost Nintendo fangirl has surfaced and has put priorities in order.

SQUEEEEE! Are you stoked for any of Nintendo’s stuffthings?