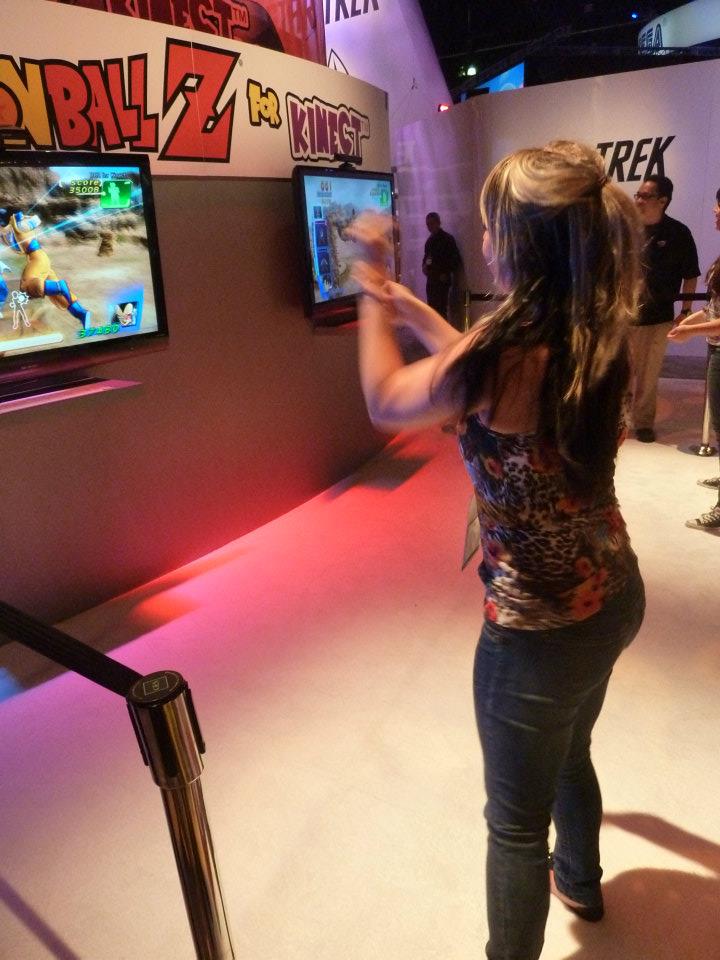 Knock it all you want, but I’m telling you I had WAY too much fun with Dragon Ball Z Kinect. I mean, I figured I wasn’t in for a good time when I asked the dude running the booth if I could battle Vegeta and he was all, “BWUUUH who’s Vegeta?!” but despite his n00bness (AND his inability to thoroughly explain that I needed to maintain a squat position for at least 12 seconds before being able to unleash a super charged attack) I walked away from DBZ Kinect sweaty and happy. I felt like I was effin’ Goku firing shit off, dodging left and right. Now I just need the ability to play as Trunks so I can touch myself. WHOA THERE BROMBACHER 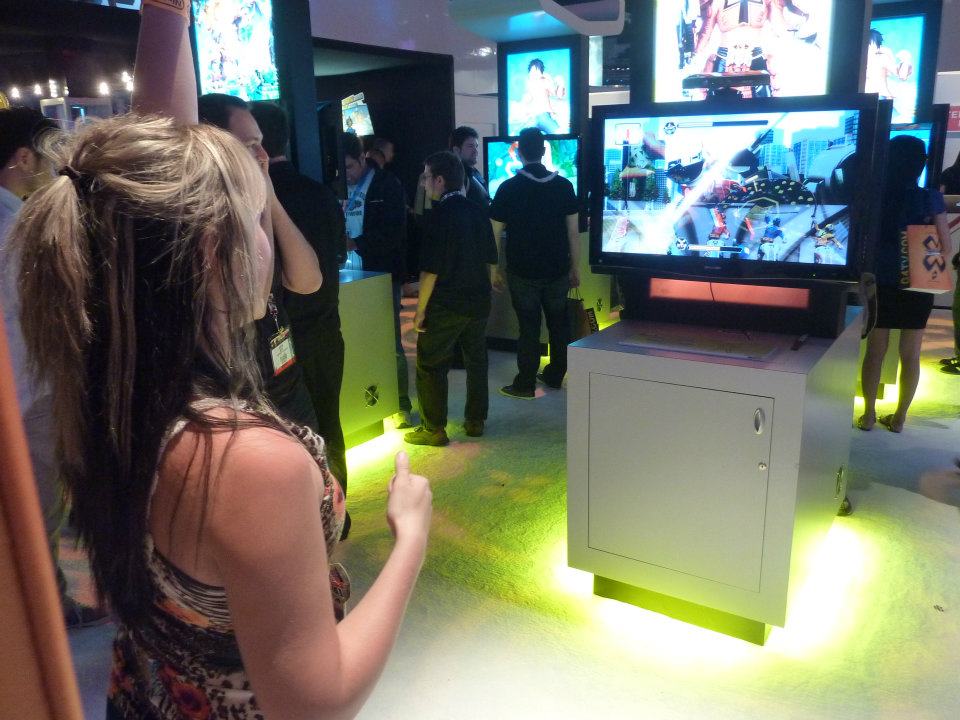 While the chance of me spending my hard-earned money on Dragon Ball Z Kinect is about 62%, the chance of yours truly plunking down money for Power Rangers Kinect is about 1%. That being said it felt strangely satisfying to destroy a zord of sorts (Megazord? Awesomezord? I can’t keep track nowadays) but I was ready to quit playing after the demo, where I could have gone several more rounds with DBZ Kinect. 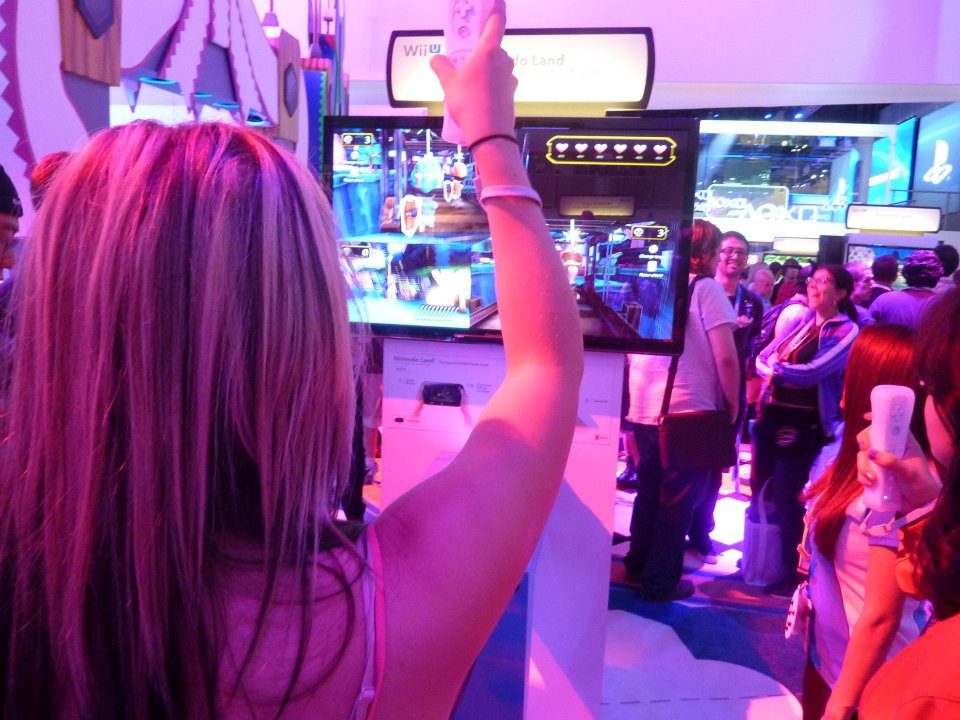 Part of NintendoLand, Zelda Battle Quest is a cutesy minigame where you and three others cooperate through a series of dungeons to find the Triforce. Yep. It’s all on rails, and you control the swipes and whatnot of your Mii’s sword and raise your shield by pressing the trigger button. One of the players used the Wii U GamePad, and I want to say they used the GamePad’s screen to wield a bow and arrow (after all, the bow and arrow was the weapon of E3!). 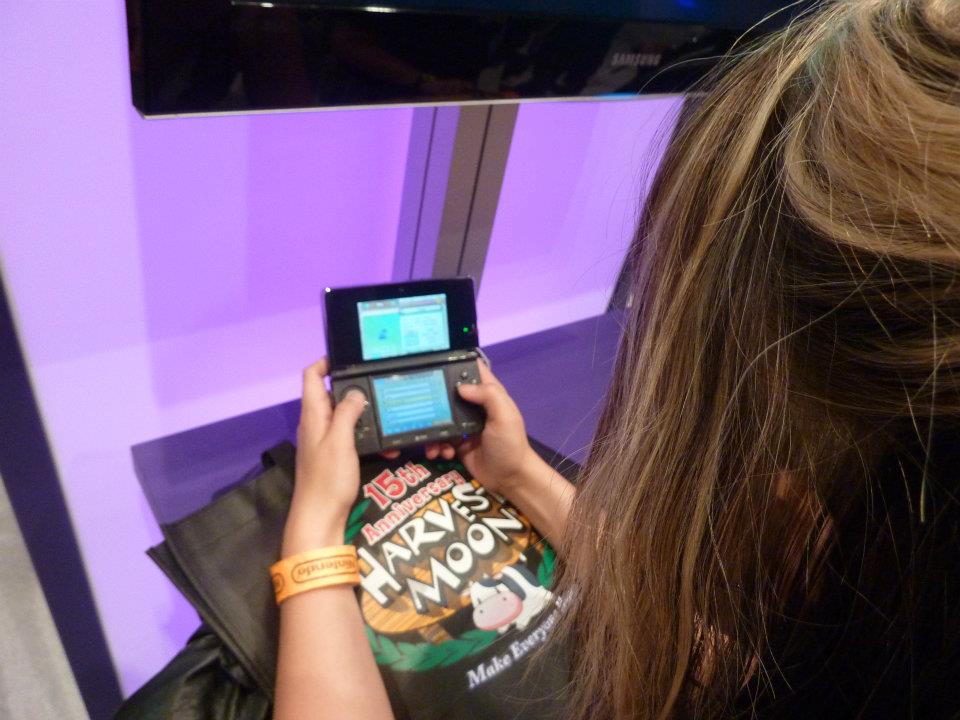 It’s freakin’ Harvest Moon. What else is there to say about that? For me, it was sorta-kinda a new experience because I have yet to play a HM on any handhelds post original Game Boy, but, yeah, nothing screamed “ZOMG!”. It didn’t help that the people running the booth were like, non-existent but they DID give me a bag when I finally saw them!

The Testament of Sherlock Holmes 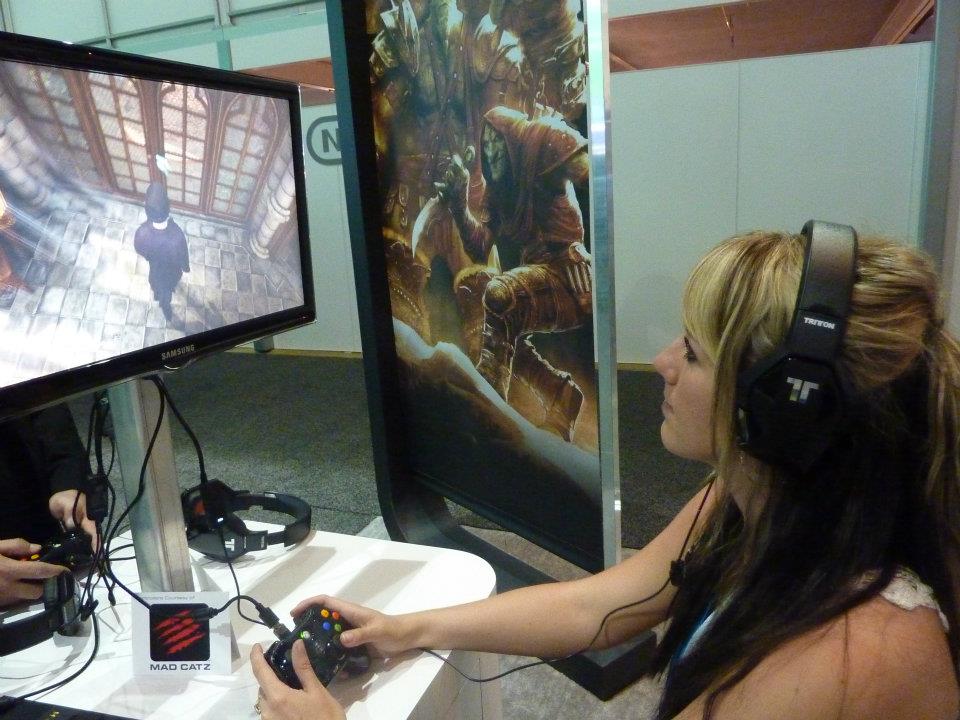 Besides the terrible controls and the crappy clunkiness, The Testament of Sherlock Holmes could be really fun! ;D But for serious, maybe I just wasn’t accustomed to them but it wasn’t very pick’em-up-and-play friendly. I do, however, like the idea of solving mysteries and shit. It almost seems like it could be a fun co-op game (one person playing, two brains thinking, ya know!) 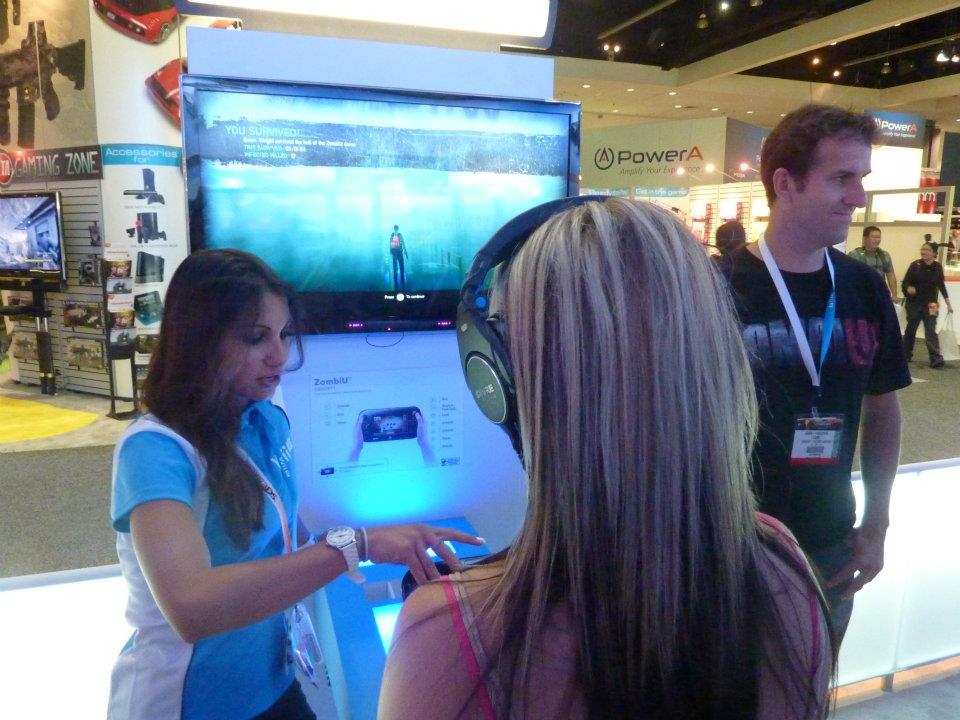 I was REALLY looking forward to playing ZombieU – so much so that I waited more than an hour in line! Unfortunately when it came time for my turn I was all sorts of discombobulated with my Y axis (I couldn’t freakin’ remember whether or not I played invert! WTF! I blame lack of sleep) and I failed pretty hard – it didn’t help that the sensitivity was set to high. BUT ENOUGH EXCUSES. I sucked. But from what I saw of the other’s demos in front of me ZombieU looked like the best Wii U game on the floor. Ubisoft has done a great job at ensuring that the second screen doesn’t feel gimmicky. My only one complaint was when I quickly needed to use my bow and arrow (again, weapon of the show) to ward off an incoming zombie. To do so, I was required to lift up the GamePad to the screen (to get the FPS bow “effect”) but by the time I got that all situated the zombie was all over my nuts.

I SERIOUSLY hope ZombieU is a launch title for the Wii U. At this point I need something to justify the purchase of the console. :/ 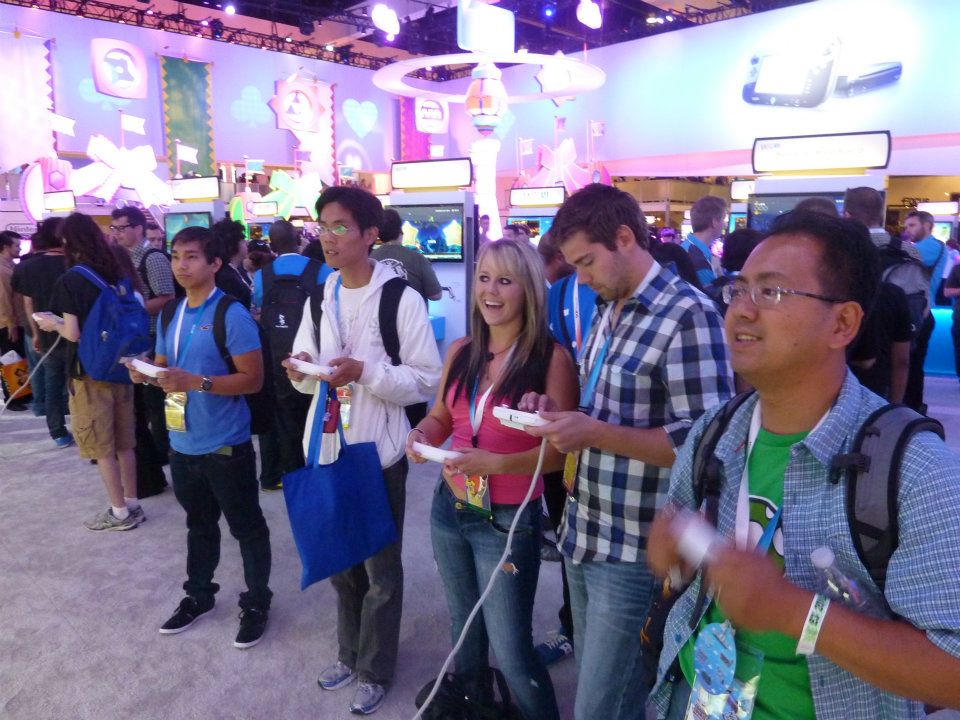 Kinda like with Harvest Moon, what is there to say besides this is a Mario game?  It’s practically the same game as NSMBW but instead it has some fancy new GamePad compatibility — the player using the GamePad can insert blocks to either help or hurt the other players. If they’re really good, they can time it just right and save your ass right before you fall on dem dang’ol jaws of dem clams! What this game really needs: online play and a level creator. <3.