I like to share momentous happenstances that occur during my life via this blog-ular of mine, because dammit, if I’m happy I want to spread that happiness and /insert other corny and cheesy line here. Not to mention I know you guys get off on the same things I do. So, I felt kind of shitty when I tweeted/posted this photo on my social media channels last Tuesday without a proper follow up or anything of the sort because uh, it was a VERY momentous happenstance that occurred in my life.

GUYS! I got to visit Nintendo Headquarters last Tuesday! And not only that, I was INVITED. I didn’t have to beg, borrow or steal (all are things I was prepared to do). EEEE! I’m not trying to be conceited or full of myself when I say that, but I totally had a moment as I drove into Nintendo of America HQ’s parking lot in Redmond, WA. I mean, damn, I grew up a complete Nintendo nut and have vivid memories of the time when I used to look like this: 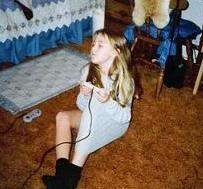 So to be invited to the very place that kickstarted my entire gaming career; to the place I always envisioned as something looking straight out of a Super Mario World level was surreal. I’m sure I don’t have to explain the feeling.

The event was attended by the folks you see above, which consisted of other video game bloggers/other bloggers and Nintendo PR staff. Everyone was extremely friendly and fun to chat with, and dare I say I made a few new friends?! (Read: I haven’t scared them off yet.) So, right! The event itself was an #ImWithReggie social meet-up. Nintendo had set out several game stations, including couches you could plop your ass on and play 3DS, TVs that had Super Mario 3D World, Donkey Kong Country: Tropical Freeze and more. I only dinked around with Super Mario 3D World and Yoshi’s New Island, as most of my time was spent talking with other attendees/listening to people drill Reggie with questions. 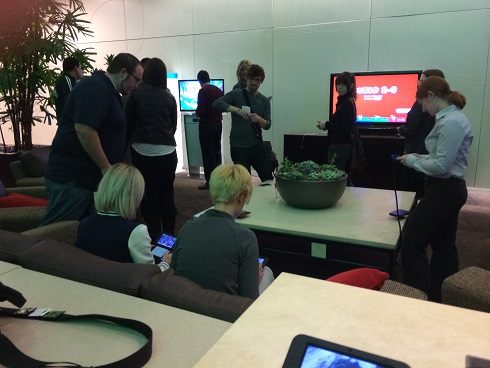 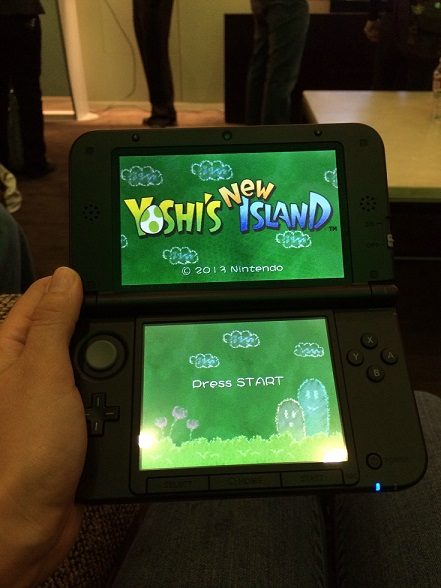 And I gotta give the man props – he was always cool and collected. In true Britt fashion I threw some good-natured smarty assery his way and he took it like a champ and *gasp* even joked back. This was my first time actually speaking to the man (as opposed to gawking at him from afar at E3). Long story short, it’s safe to say my opinion of him jumped several notches. GOOD GUY REGGIE. I apologize for making all of those car salesman jokes back in the day. ;)

As the event came to a close, Nintendo did something really cool (and marketing savy-like) and handed all of us a Wind Waker Wii U bundle. Now, don’t think these were for us. It was Giving Tuesday, and after listening to the gasps and “ooohs” and “awws”, Nintendo PR coyly asked us to gift the Wii Us to a child in need. (FOR THE RECORD I’M NOT FALLING FOR THE INEVITABLE “I’M A CHILD IN NEED” COMMENTS.) Seriously, though, I’m happy to give the Wii U away seeing as I already have one. Sure, it’s not shiny… and gold… and limited edition like that one is…but…DAMMIT.

HA. Totally kidding. I already have a family in mind. 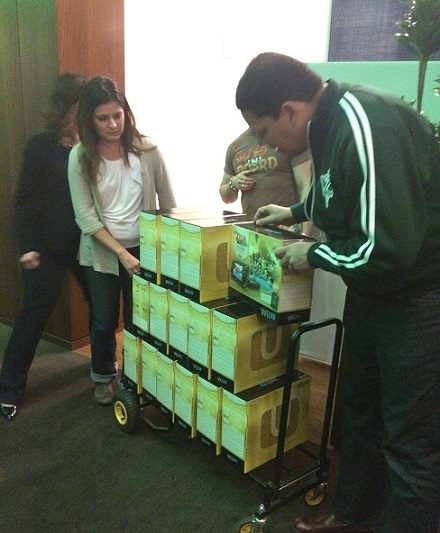 A huge thanks to Nintendo for inviting me to this amazing event. I had so much fun, and while my face may have looked calm, cool and collected, I — and my 5-year-old-self — were essentially sharting ourselves on the inside.