Anyone who knows me knows I am a total homebody–during the week you’ll find me chilling in front of a TV with a controller in my hand. But I also have a lil’ party-bug inside of me I need to release every once in a while, and WHERE’S a better place to do that than in VEGAS?!?!…Well, I suppose being aboard the Normandy with Garrus, Kaidan and Alistair with nothing but a bottle or two of rum/whiskey would technically be better, but I guess one settles for what one must.

….okay, I need to address this issue now. Is it humanly possible for me to write ANY post without referencing these fake men I have unhealthy obsessions with? Anyway, the point is I went to Vegas this past weekend in order to do some partyin’ and LARP medieval-ness. Somehow I managed to make a nice lil’ amount of money, too!

Ladies and Gentlemen, meet Betty Boop. She is a whore, but a good whore. You see, this slot machine is the ONLY thing I played while I was in Vegas. THE ONLY THING. And on the first night, she put out.

You see, Miss Betty “Whore” Boop has this thing called a Love Meter. If you trigger all three epicness ensues and you can win LOTS of moniez in a series of mini-games, and on Friday she was throwing Love Meters around left and right. (Which is how the above money was garnered.) But the little time I spent with her on Saturday and Sunday? NOTHING. That whore. She played me, put out, then kept her legs together tighter than a knothole.

But my favorite part of this trip was the Tournament of Kings. The show consists of “kings” of different countries participating in jousting, beheading competitions, one-on-one melee battles, etc. It’s freakin’ rad because the audience is split up according to different countries; the whole premise is that everyone has gathered at this arena to watch their country win the tournament. For example, I was seated in the Russian section. 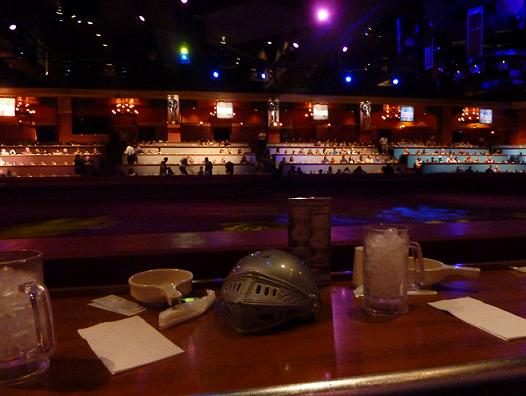 By now you should know I live, breathe, sleep and nom all things medieval, so you can only imagine how EXCITED I was to be there. In fact, I was so excited I ummmm wore plastic armor. 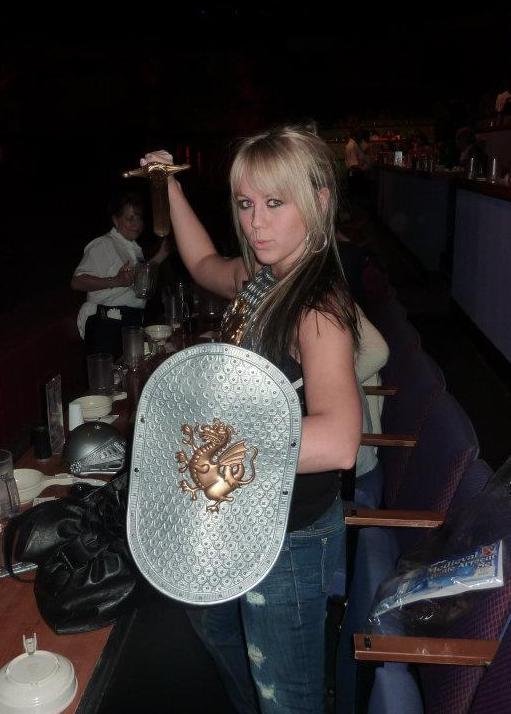 You can’t see the table in front of me very well, but during the show you were served a full-course dinner–ALL OF WHICH YOU ATE WITH YOUR HANDS! Hell, silverware wasn’t a thing back then! So not only are you getting this awesome show of badassery, you’re eating apple pie, chicken, potatos, etc with nothing but those things at the end of your arms.

SOOO if you ever find yourself in the Vegas area, make sure you check out Tournament of Kings. It has the BlondeNerd.com official seal of approval. 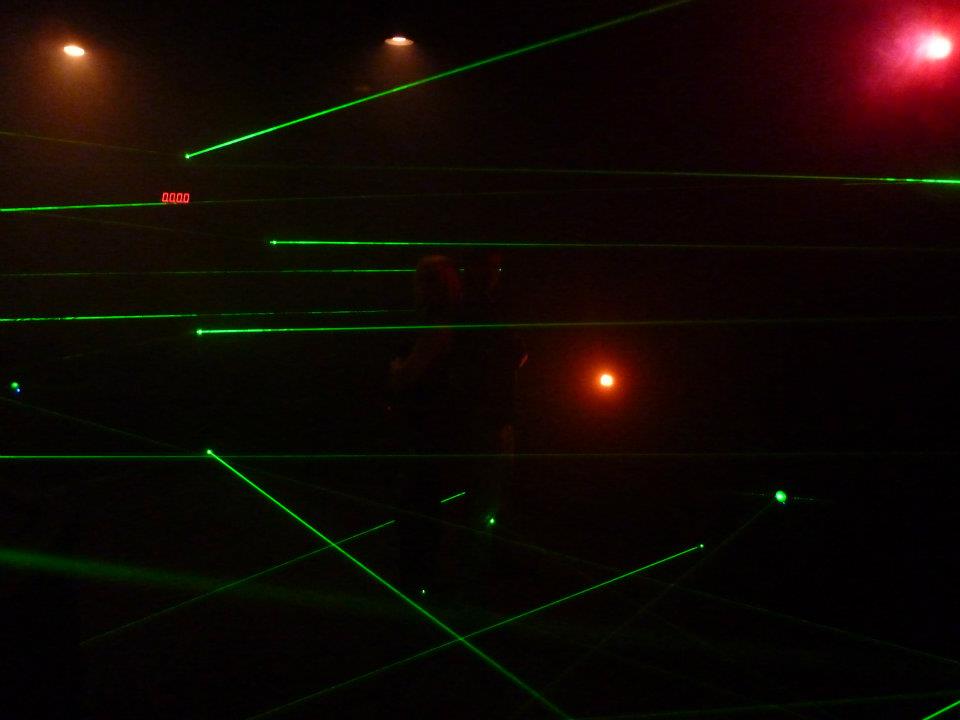 Okay, so you’re probably thinking WHATISTHISIDON’TEVEN regarding the above photo. Well my friends, those are called lasers and located on the walls of this room are three buttons. Your mission, should you accept, is to press the buttons without touching any of the lasers. And you KNOW I accepted that mission so, SO hard. And dude, brah, it was like an IRL videogame. However I would not recommend attempting this task whilst a little buzzed and wearing heels. It adds at least 7 points to the difficulty meter.

But alas, I am now home awaiting the launch of Mass Effect 3. My party bug is now out of my system and I am ready to become another homebody for several weeks. Or months. Honestly it all depends on how fast I finish Mass Effect 3.

Counting down the hours until midnight…
<3 Britt