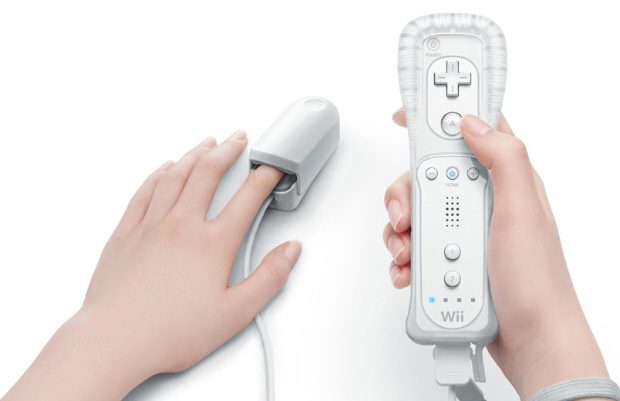 Nintendo’s Vitality Sensor for the Wii has kinda been a running joke since it was fist announced at E3 2009 because, well, look at it. Like, what types of experiences do you think the Vitality Sensor would truly allow a gamer? If you want to see how wonked out your heart gets during a scary game or something, sure, that could be, uh, interesting…BUT DAMMIT LOOK AT IT. Anyway, the joke not only stems from the hilarity that is the peripheral itself, but because Nintendo went totally black on the project since its announcement. Which, again, was in 2009.

So if you’re like me and wake up every morning wondering what in the HELL is going on with the Vitality Sensor, you may have your answer. During  a recent investor Q&A session, Saturo Iwata dropped this bomb:

“After a large-scale test of a prototype inside the company, we found out that for some people the sensor did not work as expected. We wondered if we should commercialize a product which works as expected for 90 people out of 100, but not so for the other 10 people. Though I am sorry that we did not give any specific updates after this product’s initial announcement, I would say that knowing that a product has a problem we should not launch it for the sole reason that we have already announced it.”

“The Wii Vitality Sensor is an interesting device, and we did various experiments to see what is possible when it was combined with a video game, but, as a result, we have not been able to launch it as a commercial product because we could not get it to work as we expected and it was of narrower application than we had originally thought. We would like to launch it into the market if technology advancements enable 999 of 1,000 people to use it without any problems, not only 90 out of 100 people. I actually think that it must be 1,000 of 1,000 people, but (since we use the living body signal with individual differences) it is a little bit of a stretch to make it applicable to every single person.”

Ooooh, you don’t say?! Ha! Seriously, though, I may seem to be a little harsh on Nintendo but c’mon, it’s just too funny! Maybe they could, ahem, mod the Vitality Sensor to fit another part of the, ah-erm, human body. Y’know, one that would allow both hands to be free and grip the controller?! NAH’MING?!