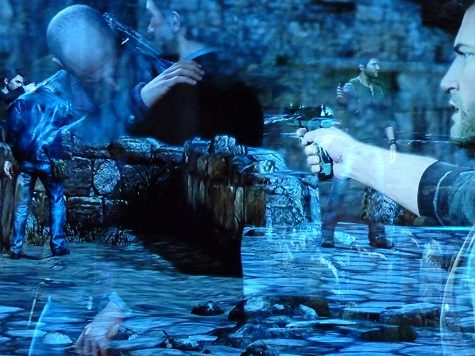 Turns out, finding the supposed location of the amulet was easy. TOO EASY. I think we’ve all learned that when something appears like it’s going to err on the side of EASY it can only mean something bad is about to happen. Like, before you know it one of your party members will be shot  with a dart containing hallucinogens, which will then force said party member to give up his gun, his journal AND as if that weren’t bad enough, he’ll then turn on everyone in his party.

But anyway, once we found the location (and once Cutter came down from his paranoia) finding the amulet was cake. Minus the puzzle below, which was a pain in the ASS. 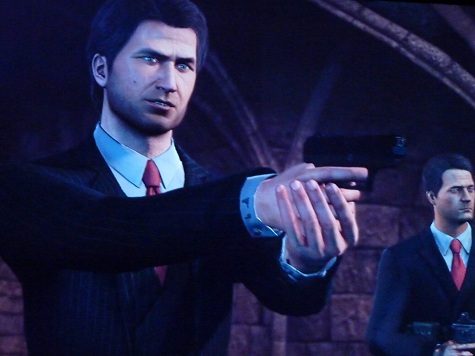 And of course my favorite people showed up. RIGHT. ON. CUE.

Okay, I have a question: how the FUCK do these fucknuggets manage to catch up with me?! I mean, Nate and co. had to solve numerous puzzles, scale crazy-ass walls and partake in numerous other activities which required a substantial effort to get to where they were — basically, what I’m getting at is there wasn’t a red carpet lined up for these guys. So, does ANYONE want to explain HOW THE HELL they ALWAYS manage to be like “OHAI GIMME UR LOOT!”

Everyone managed to *seemingly* escape from those asswipes, but during the last stretch of “LET’S GTFO OF THE CITADEL” poor ol’ Cutter became cornered and was forced to hand over the other half of the amulet. (Those bastards. They, like, outsource their badassery by having Nate and co. do everything and all they do is point their guns and say mean things.) But because that simply wasn’t enough torture for Cutter,  Marlowe set fire to the wooden platform he was standing on, forcing  the poor dude to jump for his life. He, um, also broke his leg in the fall. 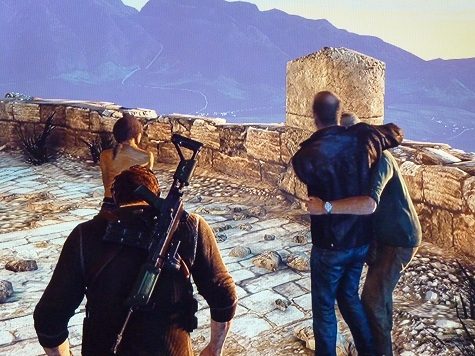 We stumbled upon a hippied out buss (but not before engaging in an intense firefight) and got the HELL out of there. Cutter and Chloe backed out of the mission, which left Nate and Sully all by themselves. Wah-waaaah.