“Battle alongside your brothers through the sewers, subways, and streets of NYC to take down Shredder and Krang’s evil organization, Foot by Foot. Unleash custom combat skills and powerful team combos to save Manhattan from the overwhelming dark forces growing in the shadows.”

Duuuuuuuuuuuuuuuuude. This just looks awesome – I love the art, which typically I wouldn’t (cel-shading and I have a rocky history) but it is TMNT and totally fits.

This, my friends, is Activision and Platinum’s Teenage Mutant Ninja Turtles game. I mean, duh. The game hasn’t necessarily been a secret (thanks, leaks!) but now you can consider it official. As always, our shelled friends (kinda sounds like I’m talking about peas or edamame or something) will battle bad dudes, mutants, aliens, assholes, etc. in New York City. AND as always, you can expect each turtle to have their own play style, skills, etc. All that good stuff. 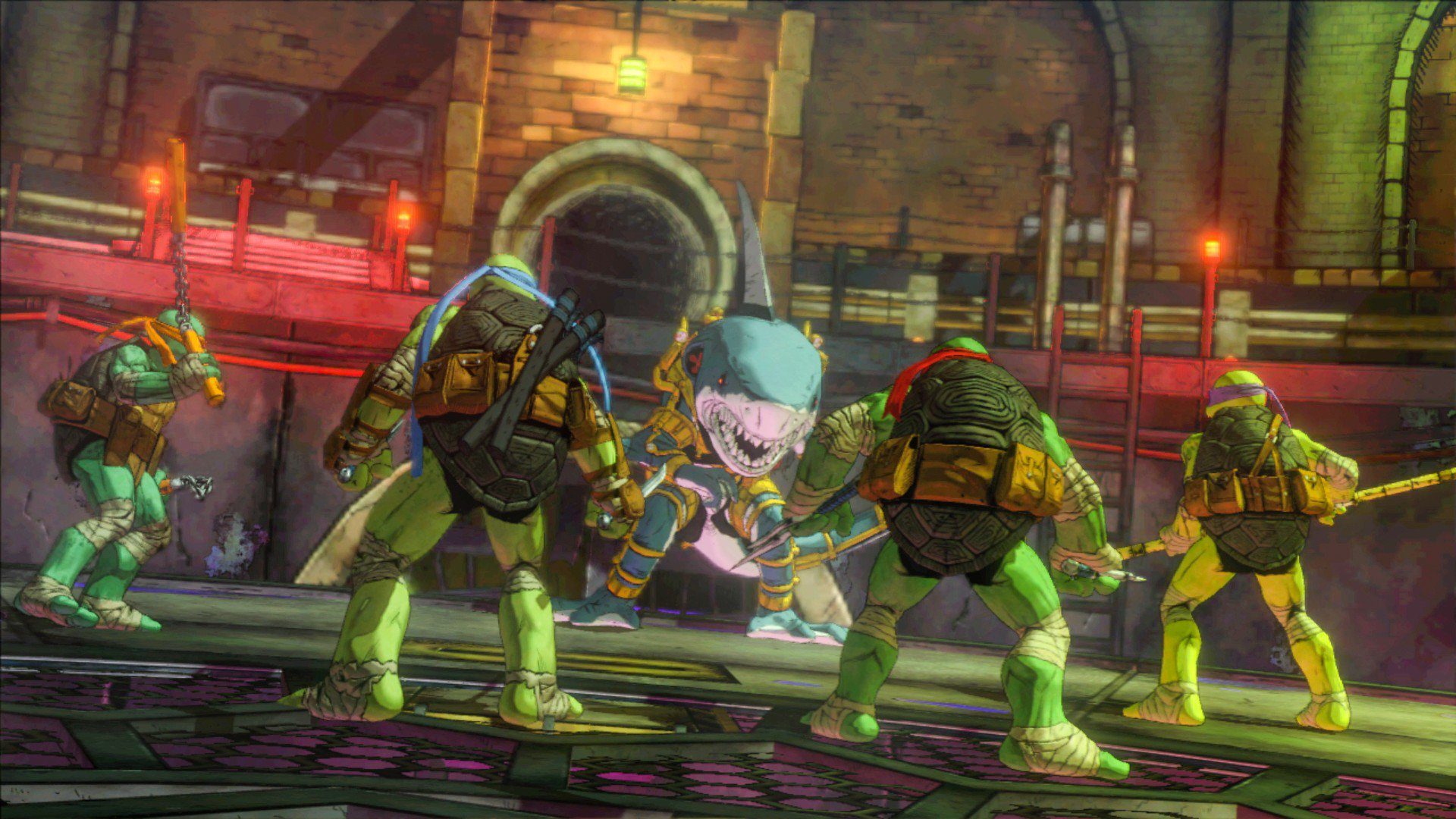 Here’s where I’m a bit confused, though: I’ve read several articles on this thing called the internet from sources most would considered trustworthy, and it almost sounds like the game features a single-player campaign AND a separate online experience, which may require four players. No mention of local co-op. So, like, if you have one buddy that you want to play with, you could be required to link up with two strangers in order to play online? I dunno. The articles are vague, which, in my experience, means they don’t know either. ;)

In any case, I can’t wait to hear more. You guys stoked? Which turtle do you wanna be? (DIBS ON RAPHAEL.)