Sometimes when I browse the internet I’ll come across something that strikes me as awesome (for whatever reason) and I’ll save it on my desktop so that I may write a post about it later. Well, I have this thing that’s been saved for, oh, about five weeks now and I figured I should finally buckle down and write a post about it. 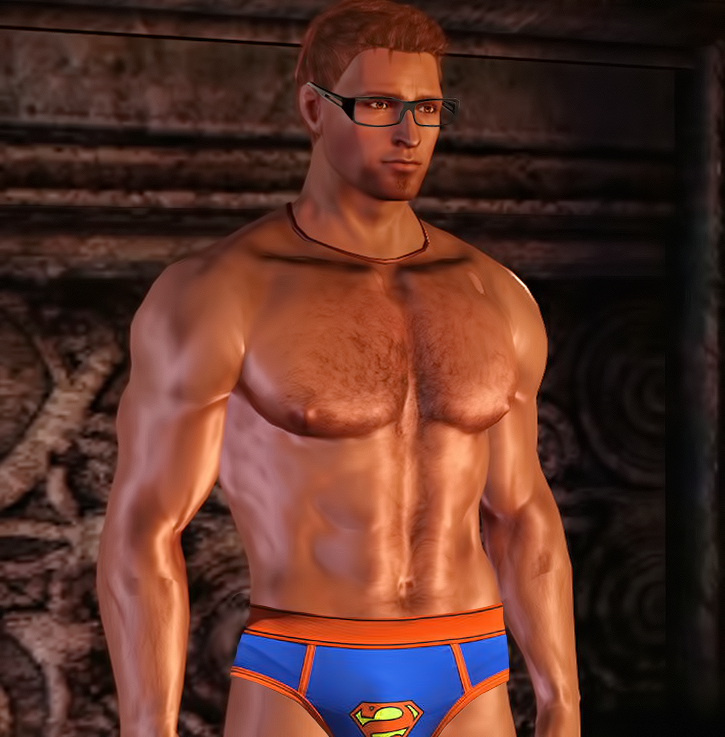 Yeaaaaah. Maybe now you know why I’ve had this photo fattening up and gettin’ all juicy on my desktop for so long?

…Get those thoughts out of your mind, sicko.

Simply put, it’s a photo of Alistair with nerd glasses and…backwards…Superman underwear. If you were ever doubtful that God existed, you now know the truth. He does exist, and he brought this to me. Otherwise how would I come across a photo like the one above? It’s not like I would have had to Google “Alistair Dragon Age” or anything like that to find it. Because that would be WEIRD and oddly obsessive if I had partook in such an act of weirdery.

So here’s to you, Alistair, and yet another post dedicated to you and my issues.