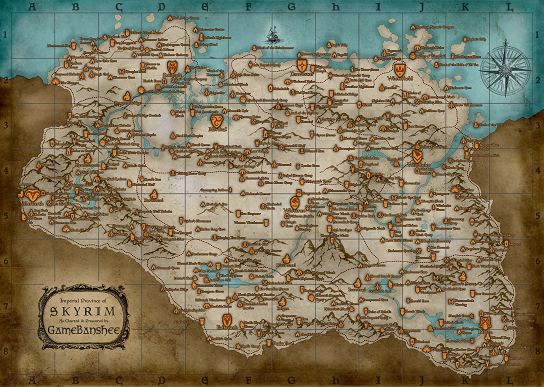 A few days ago I had a brief conversation with my buddy Kc. To make a short story even shorter, he told me had taken a break from Skyrim in order to play Lego Harry Potter as it made him feel like he was actually accomplishing something.

At first I was like BWUUH? What do you mean?

But after my romp with Skyrim last night I now know exactly what he was talking about. You see, after spending several hours wandering, slaying and looting I realized I had made absolutely no progression in the game’s story. NONE. But I did level up and increase my sneak, one-handed and lock picking skills, which is freakin’ AWESOME! <333

But I’m a little worried I’ll tire myself of side-quests and wandering in due time. That’s what happened the first time I played through Dragon Age: Origins (not to mention Fable 2) as well as more relevant games like Oblivion and Fallout 3. And I really, REALLY, don’t want to bore of Skryim, especially when I need to kick it’s ass considering Mass Effect 3 releases in a month.

And hey, I’ll be honest with myself: there’s no way I’ll finish Skyrim’s campaign by ME3’s launch. BUT if I have a hearty investment in Skyrim the chances are a kajillion times better that I’ll pick it back up post-ME3. And then I’ll pick up Kingdoms of Amalur: Reckoning, Deus Ex, maybe I’ll finish Arkham City….

I’m going to have to be extremely careful moving forward with Skyrim. I need to make sure I shoot myself up with ample doses of story every now and then before I run out of interest.

Anyway, here’s a question for you Skyrim players: Are you spending a lot of time on the side-quests? If so, do you find yourself ever getting bored of them? Any advice for a Bethesda game n00b?