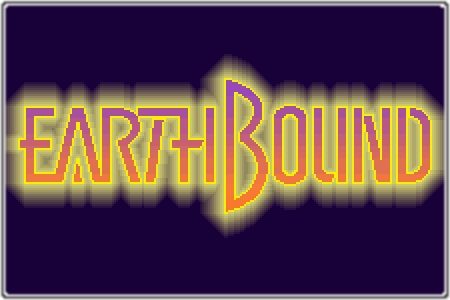 ::scrambles off of chair:: ::humps walls:: ::dances with a nearby slipper:: ::makes out with Alistair poster:: (Note: I do not have an Alistair poster.)

During today’s Nintendo Direct it was revealed that the Video Game Gods have heeded my bitchy prayers and are finally bringing this 1995 piece of majestic majestictry to the Wii U Virtual Console later this year. AND IT’S ABOUT FREAKIN’ TIME, VIDEO GAME GODS. I (along with millions of others) have been wanting, craving, NEEDING this for, well, for since ever. (What?)

I remember the first time I laid eyes on EarthBound — I was just returned home from a vacation with my parents. My aunt, who had been watching the house, left a big ol’ sexy-ass packaged and sealed EarthBound on the kitchen counter for yours truly to enjoy. Thanks to its story, combat and quirky characters Earthbound quickly became one of my favorite games. Well, for the past ten or so years I’ve fretted over the idea of something terrible happening to my cartridge and hindering my ability to play it. I mean, sure, I’d have no problem plunking down cash for another one (goodbye $200!) and I’ve always said if I EVER pirate a game it would be EarthBound, but it looks like I’m gonna be able to dodge that bullet.

If you have yet to play EarthBound, would you kindly give it a shot once it comes to Virtual Console? ;)