LEE IS DEAD, KENNY IS DEAD (well, maybe) AND BEN IS DEAD! WHAT THE HEEEELL. My feels; they hurt. And yeah, I’m jumping way ahead of myself but I feel like I was just told the juiciest gossip EVER and you guys are the first people I can spill my guts to.

Okay, I know for sure Lee and Ben bit the shit so hard. I watched Lee slowly morph into a zombie in front of my eyes, watched Christa chop his arm off and watched as poor lil’ Clementine handcuffed him to a…thing. I saw him die. He’s dead. And, Ben, well — let’s just say the STAKE IMPALING HIS GUT would be enough to kill him, but as if that weren’t enough a million walkers were shambling all around him. Kenny, on the other hand, I give a 50% chance of survival. We never actually saw him die,  and I feel like he’s just one of those characters Telltale has something up their sleeve with. Um um um um um EEEEEEE SO MUCH GOODNESS.

Well, besides the below photos.

Have I ever mentioned that I have a fear of heights? Well, I do, and Telltale certainly fucked with me this episode. 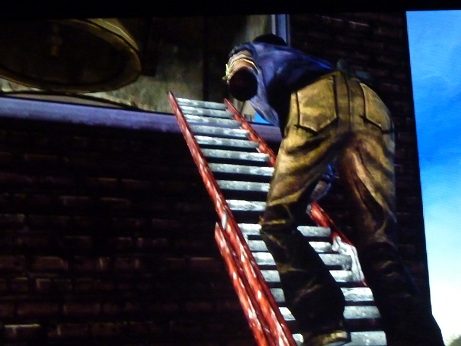 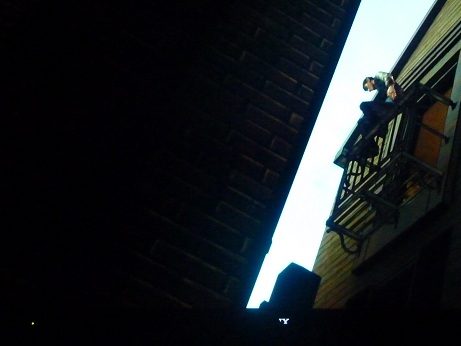 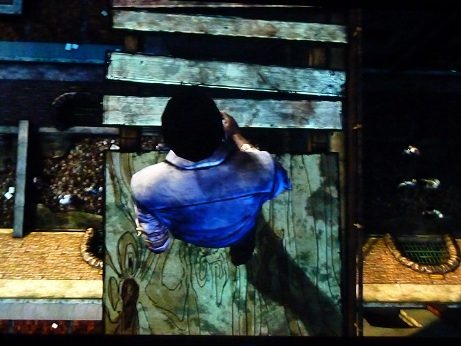 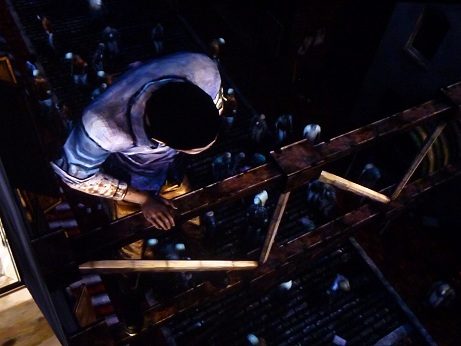 Okay, focus, Britt, focus –see, this is why I usually give myself a day or two to digest all of the happenings so I can write these logs with a clear head. BUT LEE IS DEAD AND BEN IS DEAD AND I CAN’T GO TO SLEEP WITHOUT TALKING ABOUT IIIIIT.

So, turns out the “stranger” keeping Clem hostage was the owner of that Volkswagen we stole items out of way back when, and that sweatshirt Clem is wearing used to belong to the stranger’s dead son. In a nutshell, the stranger had been listening via Clem’s walkie this entire time. He blamed Lee for his failed marriage, which includes his dead wife and his dead daughter. Not that he was, like, married to his daughter but his daughter was dead and so was his wife because Lee took the supplies and Stranger’s wife was all “YO’ ASS AINT A MAN ENOUGH TO TAKE CARE OF US SO WE BE LEAVING!” And then they died. Which was Lee’s fault. Yeah. (This shit belongs on Jerry Springer.)

After all of that went down, Lee opened the door that lead into the hallway only to be greeted by a zombie. However, this zombie did not want Lee’s nuts. It wanted Clem’s, because it mistook Lee for a zombie since he was currently covered in zombie gore. After disposing of said nut-wanting zombie, Lee covered poor Clem in zombie chunk-n-bits and lead her outside. Well, that was all fine and dandy until Clem saw her dead, zombified parents and Lee passed out.

Lee awoke to find himself locked in a room with Clementine. He felt himself changing over to zombification and urged Clem to find a way out. He tried helping, but he was like, not helpful at all because at this point homeboy was 98.4% zombie. 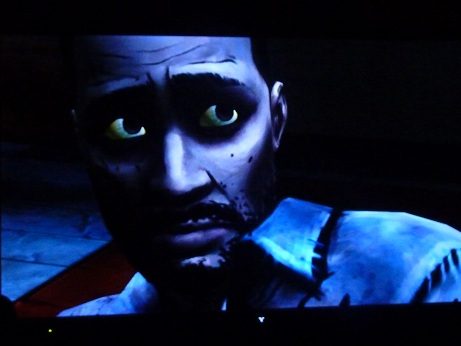 Even MORE shit went down after an exit was located (Clem had to grab the keys and gun of a guard-zombie, and then “dispose” of said guard-zombie, which almost resulted in her being zombie-noms) but it all ended just dandy-like, as Clem was able to bash guard-zombie’s head in. But then again, Lee was still on the brink of dying WAAAAAAAAAAAH.

Lee gave Clem a nice speech, told her not to shoot him, told her to keep her hair short, that was she was smart and strong, yadda yaadda yadda. The most important piece of information he gave her was to find Christa and Omid (or so I thought!). But alas, Lee slowly passed away in front of our eyeballs as Clem snuck outside. 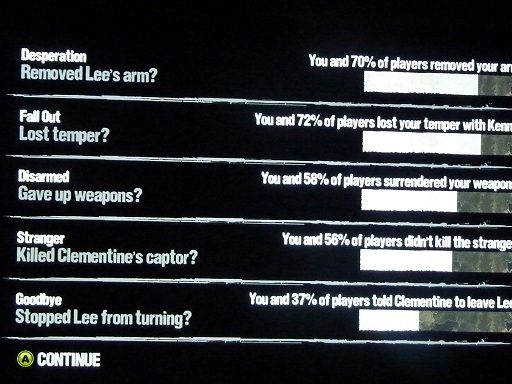 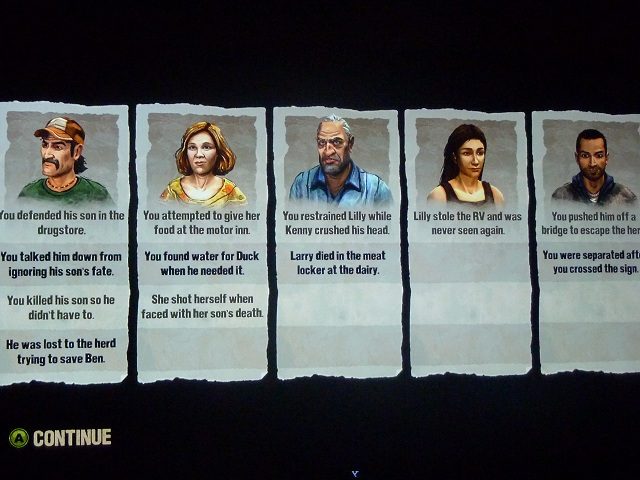 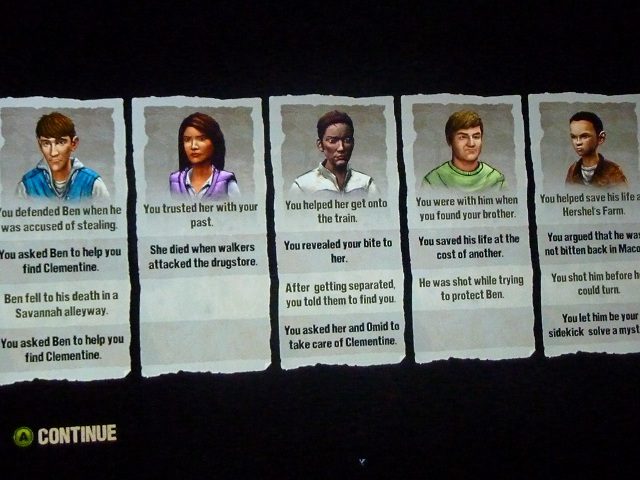 Lilly, you whore. I will someday punch your ugly face.

Well, shit. I’m sad The Walking Dead is over! But DAMN it was so good, and it absolutely deserves all of the awards its received as of late. I can’t wait to see what Telltale has in store for Season Two. I really hope Clementine is still in the picture (a safe bet) and it would also be REALLY cool if we are able to see or play as an adult Clem.