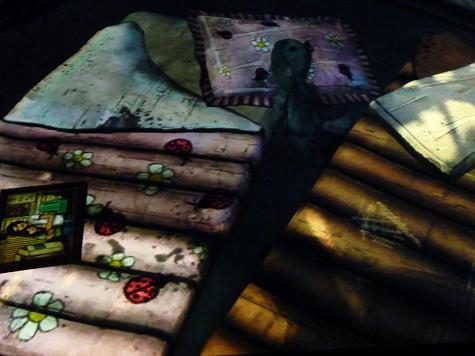 So, let’s talk about some of that weird shit Danny and Lee found in the tent. There was a weird bunny-doll thing (that, personally, would have given me nightmares) a photo of a woman and her spawn-daughter and, well, Clementine’s hat. 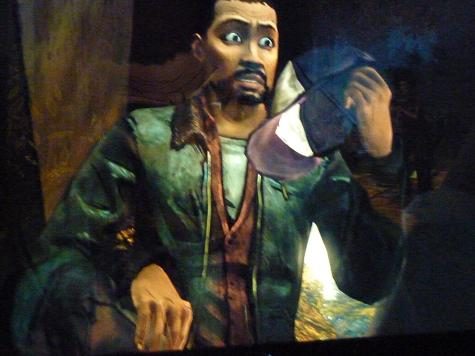 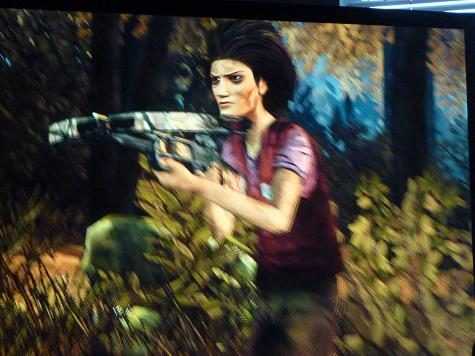 Right when Lee was trying to figure out WTF was going on, this crazy bandit-lady named Jolene waltzed on over with her crossbow. I guess she had every right to be there, seeing as it was HER camp and all  but still, BANDITS ARE BAD MMMKAY. Ahem. Anyway, she went on to spew all of this garbled incoherent-esque dialogue about The Dairy and why it sucked. But she couldn’t friggen’ SPIT OUT! And to make matters worse, I could tell her presence was making Danny extremely nervous. In fact, he started asking Lee to shoot Jolene! Lee refused, so Danny, uh, shot her right in the head RIGHT as it appeared she was about to actually say something logical.

Danny and Lee returned to The Dairy. Now, at this point Lee’s “WTF” radar is going off like, I dunno…like something crazy. After speaking with Brenda he learned Clem and Ducky were watching a pregnant cow in the barn. Because that’s always exciting.”Let’s watch this poor, distressed cow right before she emits a calf out of her cow-vag.” 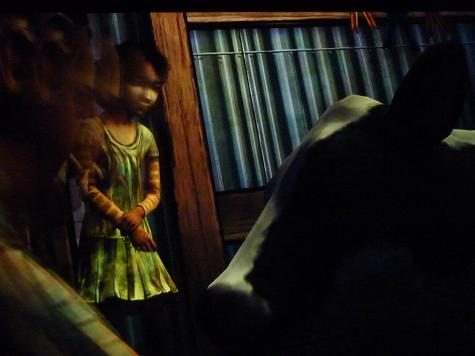 Everyone was just waiting around for dinner at this point, so Lee decided to check on the kids. In the back of the barn he found a “suspicious” door that had like a million and a half locks on it. Kenny was also rather suspicious of the door, so he and Lee devised a plan to fuck with the generator outside, which would cause Andy to temporarily leave the barn ::fist pump:: GO TEAM! 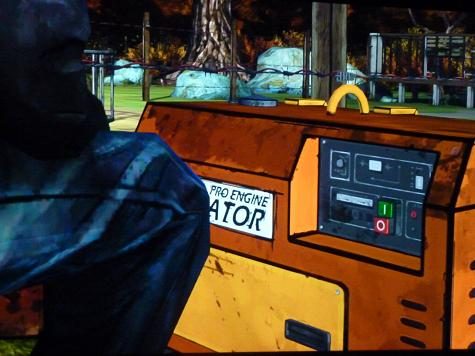 Unfortunately Lee was, aherm, caught fucking around in the room when Andy came back. Apparently (and this is according to Andy) the room was a “slaughter house” and his “mama” wanted it locked up because it, like, made her nervous or something. (Admittedly it has been a while since I played, so this is all based off of my stellar memory.) I really don’t think Lee bought it, but alas Dinner was ready so he headed to the safety of the St. John’s household.

What if I told you when Lee got to the house he made up an excuse that allowed him to snoop around? And that he headed upstairs and found my best friend Mark? You know, Mark! The character I really, REALLY like(d). That’s believable, right? BUT WHAT IF I TOLD YOU MARK WAS NOTHING BUT A TORSO WITH ARMS BECAUSE HIS FUCKING LEGS WERE FUCKING CHOPPED OFF BECAUSE THE FUCKING ST. JOHN’S WERE COOKING FUCKING HUMAN MEAT FOR DINNER?!!!!!!!!!!!!!!!!!111111111111onehundredandelevenpointone

After realizing there really wasn’t anything Lee could do for poor Mark (ENGHHH) he ran downstairs AND STOPPED CLEM FROM EATING HUMAN MEAT. Yes, that’s right. LEE STOPPED HER. I don’t know why some of you sick bastards were like “OHAI Clem, go ahead, put that piece of human meat in your mouth—…” Okay, that sentence just wasn’t going anywhere good.

So, yeah, I warned everyone that they were eating human meat. The St. Johns actually defended themselves, meaning they didn’t deny it. But they were butthurt that I revealed their little secret and locked Kenny, Larry, Lee, Clem and Lilly in the meat locker. 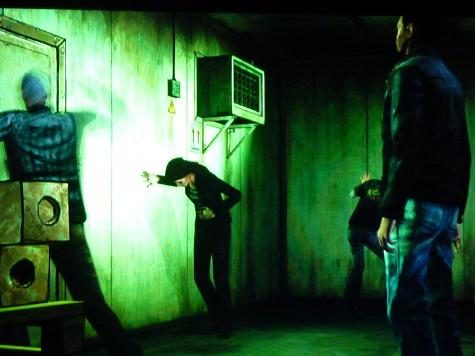 Unfortunately, all of the excitement of being contained in a meat locker owned by IRL cannibals was too much for old Larry, and he succumbed to a heart attack. Now, at this point Kenny is telling Lee that we have to kill Larry, seeing as he’ll probably, you know, rise up and kill us all (I mean, shat, Larry was a big dude) but Lilly was NOT having any of that, and began performing CPR. Lee had a choice to help either Lilly or Kenny. But I pooned out and just had Lee stand there and not do anything. I COULDN’T MAKE A DECISION!

But before Lilly could resuscitate Larry, Kenny ummmmmmmmm dropped a huge salt lick on his head. 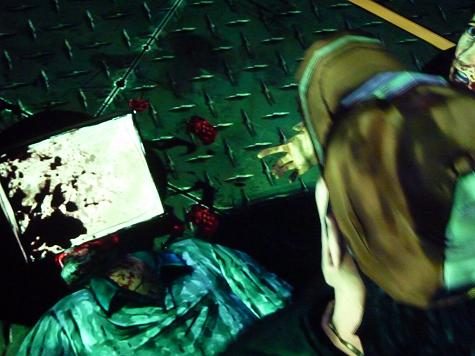