Just as a refresher, I arrived in Mexico on a Saturday. Now, Saturday through the following Wednesday were days filled with awesomeness; we’re talking sandy beaches, warm water, jet skis, ample rum and cokes and one awesome Drag Queen show called The Dirty Bitches. But as Wednesday night slowly evolved (“What’s this? Charmander is evolving!”) into Thursday morning, things took a sour turn.

And I mean sour.

Immediately after waking up on Thursday I knew something was off with my body. My stomach felt queasy, my appetite was practically nonexistent and it took all of the effort I could muster just to get my hungover ass out of bed. And that’s the thing; I thought I was just extremely hungover. I mean, come on, you can’t go to a show called The Dirty Bitches and expect to leave sober. (Or without showing your underwear to a crowd.) But that’s another story for another time that will probably never come.)

However, I am not one to be a complainer, so once I finally drug myself out of bed I put on my best poker face and was determined to have a great day.

By the time we arrived to our destination, Yallappa, symptoms from earlier that morning had made themselves rather…well, let’s just say… apparent. Without divulging unnecessary detail, I’ll just ask you to think along the lines of food poisoning. But things weren’t coming out of the northern pipes, if you know what I mean. There was only one exit being utilized. Basically, the queasiness was still there, but it was now topped off with pangs of stomach cramping. 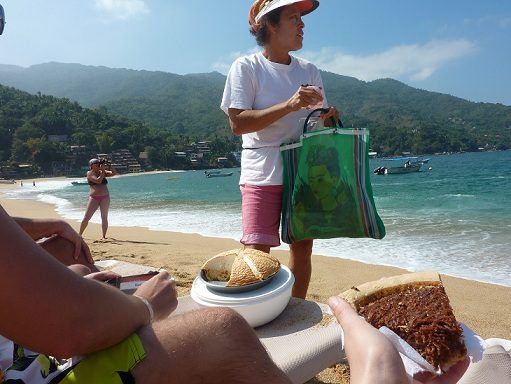 But hey, the sun was hot, the beach was sandy, the water was warm…what’s there to complain about?!

After spending the day baking in the sun our energy meters were completely depleted. At this point I wasn’t feeling too hot, so spending a night indoors blasting parasite infected nut-jobs in Resident Evil 5 sounded like the best therapy the world could offer. But as the night went on I started feeling worse, and the prior pangs of stomach cramping were becoming more and more intense.

But I woke up Friday morning with the same determination as I had on Thursday: I WAS GOING TO HAVE FUN! I was going to take a dune buggy across rocky terrain and LARP planet exploring in Mass Effect! I was going to leave the comfort of the resort for five hours while I—ooooh. Ow. Excuse me while I keel over due to the insane amount of pain originating within my stomach. Thankfully, I had a sane mind with me who pretty much said, “No, you’re stupid. You’re staying inside all day because you’re clearly not feeling up to dune buggying and other activities that require exertion.” And while I was so, SO bummed out, I knew deep down they were right. So off went the denim shorts and tennis shoes and on went the sweats and fuzzy socks, and my ass went straight to bed.

A few hours later (when it was becoming obvious I was only getting worse) the aforementioned sane mind made me an appointment with the onsite resort doctor. This doctor spoke relatively good English, but all I know is thank GOD for those four years of Spanish in High School. Anyway, after a brief-yet-painful-as-hell exam she prescribed me pain medicine and told me the issue should “resolve itself” within a few hours—but if any new symptoms should occur to give her a call, because she might want to send me to a hospital.

HA! Despite my weakened state I laughed. (I hadn’t been eating or drinking, and anything  that was coming in was, you know, quickly showing itself the door). Me, go to a hospital here, in Mexico? Nah. I can wait it out, I thought. After all, my flight back to Seattle was tomorrow afternoon.

I thanked her and shuffled back to my room, but little did I know that I’d be re-visiting her within five minutes with a new and MUCH scarier symptom.