It’s been a while since I’ve put updated pictures of my Woman Cave on here. Honestly, I’m always rearranging things, so it’s kind of like, what’s the point of plastering pictures everywhere when it’ll look different tomorrow? But yesterday I got a wild hair up my ass. I added another shelf, switched things around and hung a new wall scroll, so you could say I spent a significant amount of time…modifying…my woman cave. 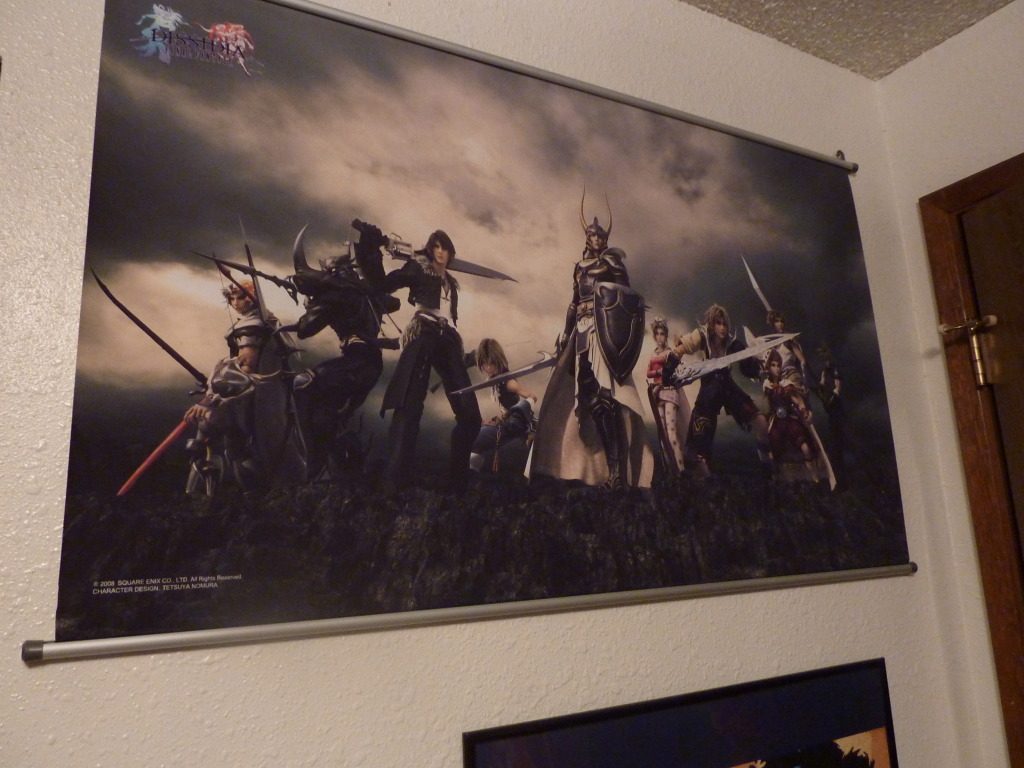 Ain’t it purdy? I actually bought this at the end of April when I visited my buddy in SF, buuuut someone is very slow at sending things and I just received it last week ::cough:: @RichIGN ::cough:: Of course, the sole reason I bought this bad boy was for the very studly-looking Zidane lurking in the middle.

…I should probably stop calling him studly. He’s, what, 16? Awkward.

Also, I swapped out the WoW: Cataclysm poster for the Ocarina of Time poster (which is now in the bottom left corner). I hung the Cataclysm poster on the back of my door, and the Final Fantasy wall scroll took OoT’s original place

Next: Some of you call me a hoarder. I just say I’m an obsessive collector. Anyway, I USED to purchase consoles at garage sales, in case anything ever goes wrong with one of my originals. Right now I have three PS2s, three PS1’s, four or five N64s, three Gamecubes, two Xboxes, two Dreamcasts, three NESes, three SNESes…so yeah, you get the picture. Since I had nowhere to put them, consoles littered my floor. So I installed another shelf and placed as many of them on there as I could. The remaining “overflow” and the consoles I actively use are stored elsewhere. NO MORE CONSOLES FOR THIS CHICK. 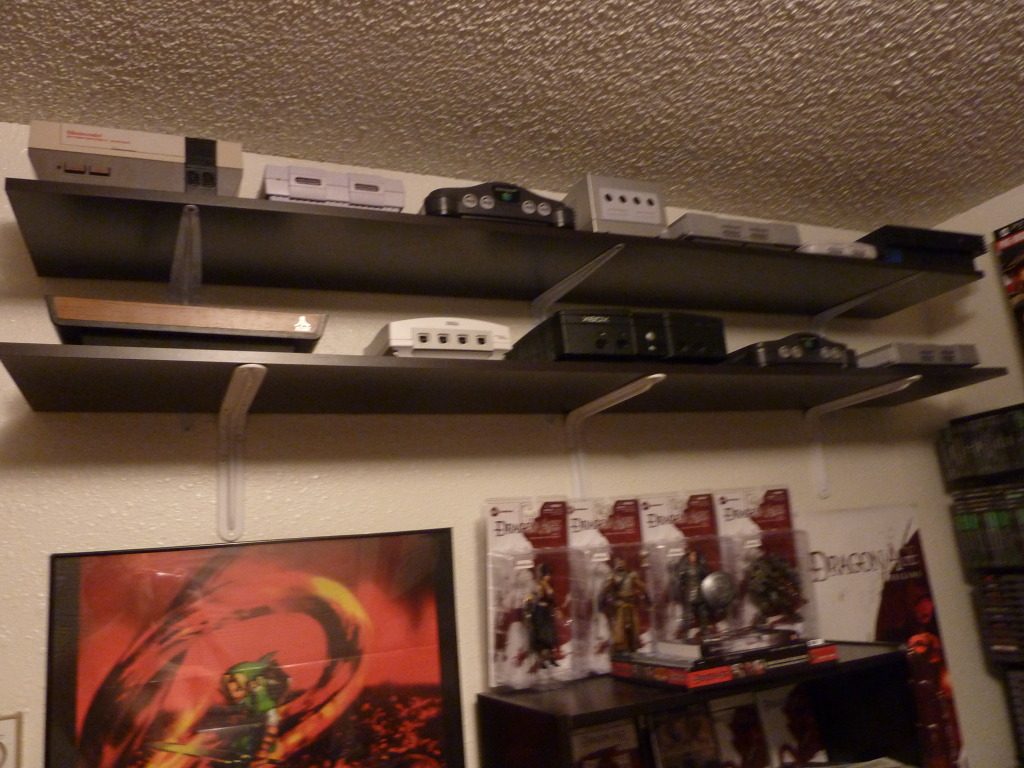 Finally, I transferred the console boxes over to the shelf where the actual consoles used to sit. 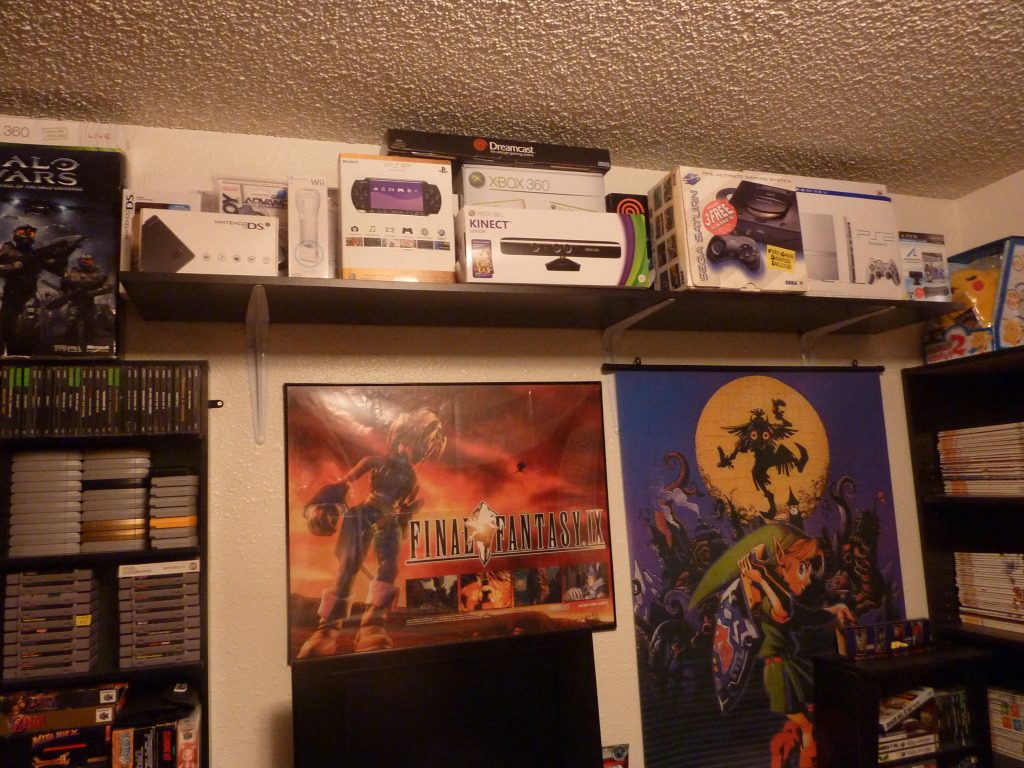 I think this is going to be it for modifications, as I literally have no more wall space, not to mention I have no more room for videogames. Seriously, I need another shelf. But uh I don’t have the room for it.

BUT DON’T THINK THAT’S GOING TO STOP ME!

PS: Any fan of the Inuyasha series should appreciate this: 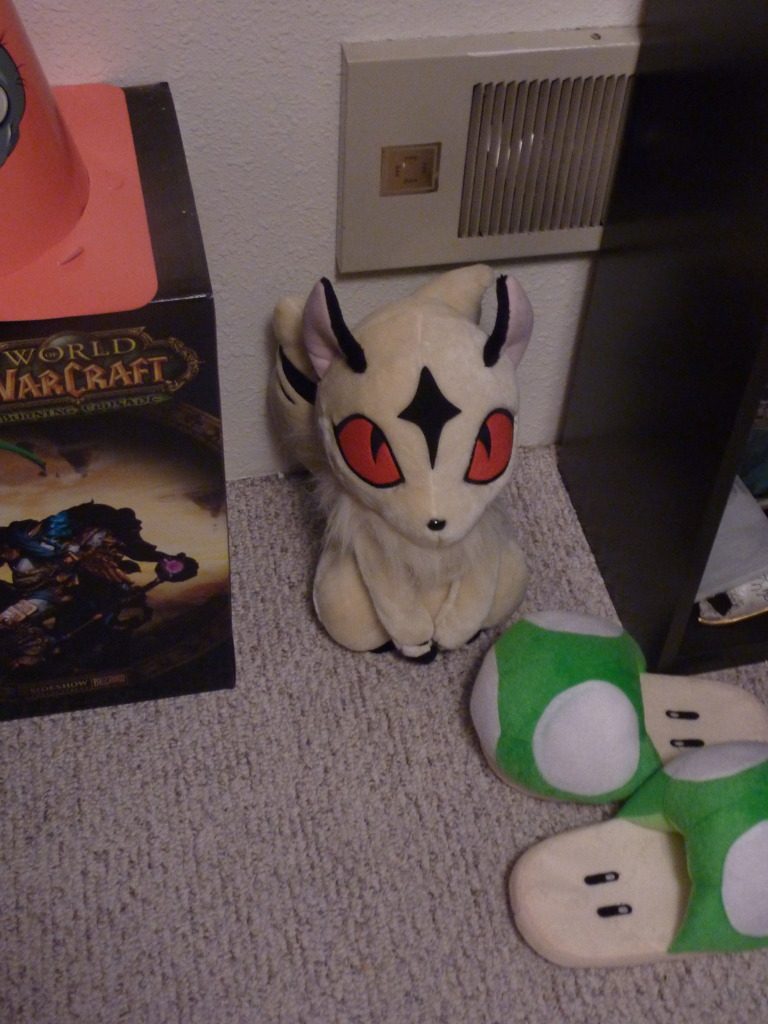