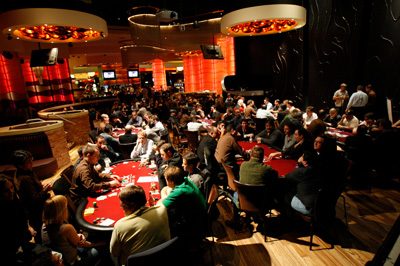 Design, innovate, communicate, and entertain. These are the core values that empower the D.I.C.E Summit—an annual gathering—of the best as well as the most brilliant individuals in the interactive entertainment field.

Organized by the Academy of Interactive Arts and Sciences, the goal of the said event is to bring together some of most innovative video game executives and developers in one roof. It is usually held at Las Vegas, Nevada and the long list attendees include administrators from Nintendo, Sony, and even Internet-based companies like Maple Casino.

Established in 2002, this multi-day video game conference is very different from others because it focuses on trends as well as innovations in the video game field. The summit is usually capped off by the D.I.C.E Awards and over the last 16 years, the awards that were handed out by the Academy of Interactive Arts and Sciences have been considered significant accolades in the video game field.

Because of the said reason, many innovative as well as talented video game developers make it a point to come up with diverse and unique games that will captivate gamers of all ages and at the same time epitomize the core values that the D.I.C.E Summit instill.

This year’s Summit is set on February 4 and the Awards Night is set on February 6. The latter will be hosted by Freddie Wong (American filmmaker, VFX artist, musician, and competitive gamer) and Felicia Day (American actress, writer, and comedienne) as confirmed by the organizers of the event.

The game awards will have 24 categories and will recognize 61 video games. The Last of Us (action-adventure) is the leading nominee with a whopping 13 nominations in 12 different categories, which includes The Game of the Year. Other favorites to bring home the said award Grand Theft Auto V, The Legend of Zelda: A Link Between Worlds, Assassin’s Creed: Black Flag, and BioShock Infinite.

This year’s D.I.C.E Summit and Awards may not be as extravagant as the past ones, but organizers promise that there will lots in store for nominees and attendees. So, be sure to stay tuned for the latest reports and developments with regard to these events. Some news organizations will definitely report them live from the Sin City.