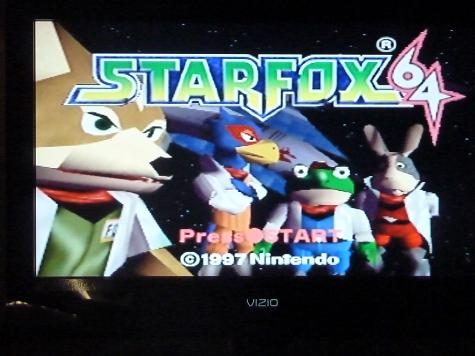 Like A Link to the Past, I was sorta-kinda ashamed that I had never finished Star Fox 64. Actually, I had never played ANY of the Star Fox games — unless you want to count that miserable failed attempt at Star Fox 64 3D at E3 a few years back. That was freakin’ awful. All I know is that I’ll never ever be a captain of anything that flies. (Besides the Normandy.)

Anyway, over the weekend I headed over to Eastern WA and was in one of those let’s-get-away-and-just-forget-about-the-city moods, so I brought a N64 and Star Fox 64. Unfortunately the TV was shitty as hell, but what do you expect when you pay $80 a night? (It totally served its purpose, though, and it brought back a sense of nostalgia! There’s something retro-ly awesome about playing old games on old shitty televisions.)

Here’s the thing that amazed me: Star Fox 64 was finished within an hour of firing it up. Also, I’ve learned that I am, like, not naturally good at Star Fox 64. Granted, my friend (who was with me) had completed Star Fox 64 a million kajillion times before, so I probably looked like a re-re, but here’s my first and final impression of Star Fox 64:

Therefore I need to be 112% honest and say I only played about 25% of the game, but I finally experienced it first hand, so that counts as something…right? RIGHT?

And because my impression of Star Fox 64 was “What is this I don’t even” here is the entire plot summary, courtesy of Wikipedia:

“Star Fox 64 is set on a group of planets in the Lylat System. Ingenious scientist Andross, a native of the fourth planet Corneria, is driven to madness and nearly destroys the planet using biological weapons. For Andross’ treason, General Pepper exiles the scientist to the remote planet Venom. Five years after Andross’ exile, Pepper discovers an unknown activity in Venom.[8] Pepper hires the Star Fox team (consisting of James McCloud, Peppy Hare, and Pigma Dengar) to investigate. After arriving at Venom, Pigma betrays the team and causes James and Peppy to be captured by Andross. James eventually sacrifices himself, allowing Peppy to escape and tell James’ son, Fox McCloud about his father’s fate.

The team eventually invades Venom, where Fox defeats Andross, only to find that it is a false, robotic version of himself. He destroys it and returns to Corneria, leaving Andross in Venom. Fox eventually decides to confront Andross one more time, along with Star Wolf. Fox defeats Andross, who reveals his true form, a floating brain with two floating eyes. After defeating the brain, James appears and shows Fox the way out. When he narrowly escapes, they return to Corneria for a victory celebration. When offered membership into the Cornerian Army, Fox declines on behalf of his team; saying “Oh no, sir. We prefer doing things our own way”. The game ends with the Great Fox and the Star Fox team flying off in their Arwings into the skies.“ 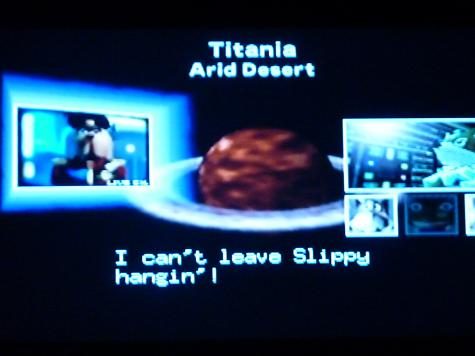 Oh, Slippy…Slippy Toad, if you will (and you will) you are SO FRIGGEN’ WHINEY!!! “GET EM OFF ME FOX!” “FOOOOX!” “I’M MONKEY FOOD IF I DON’T GET OFF OF THIS PLANET!” Good LORD, kid — how you ever got to do the thing you do is beyond me. AND I LIKE TOADS. Humph. 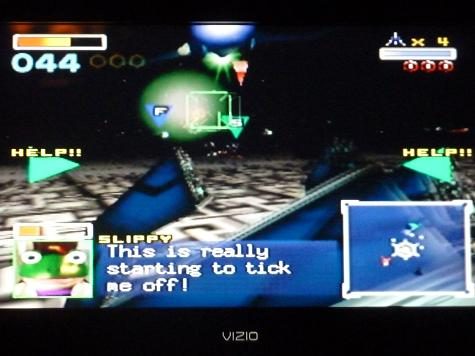 Oh, you tell ’em Slippy. DON’T TICK OFF THE TOAD, PEOPLE! Maybe Miyamoto meant for Slippy Toad to be like Princess Toadstool — a whiny, non self sufficient biatch. HA. I kid. I don’t hate the toad of the slippy variety that much. It’s just fun to pick on him. 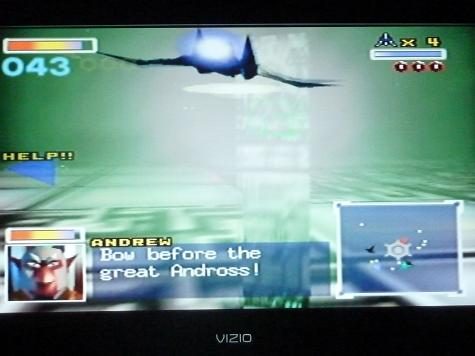 Let’s take a minute to discuss the awesome voice acting in this game, shall we? But it was so cheesy I loved it. I don’t think I’ll ever be able to get the snotty tone of “BOW BEFORE THE GREAT AAAAAAAAANDROSS!” out of my head. It’s quite a fun thing to recite over and over. Until the person next to you gets sick of you and decides to punch you. True story. 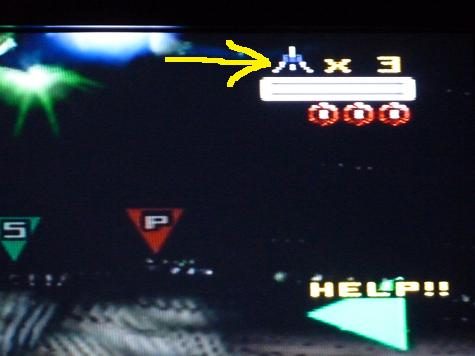 There WAS a point when I was going to try to finish the last level on my own, but we only had three lives and I really wanted to see the game in its entirety. At the rate I was going I would have wasted all three lives within the first ten minutes. See that “HELP!!” at the bottom? That was actually my thought which somehow transpired onto the screen. Don’t ask me how that happened. ;) 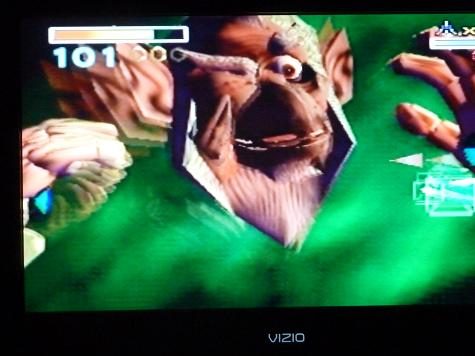 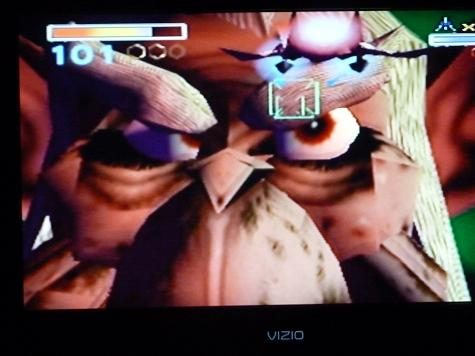 Seriously, I think Andross is hands-down THE ugliest videogame character I’ve ever seen. Like, I was repulsed just looking at him. What I’m really trying to say is I would NOT hit that. Ever. 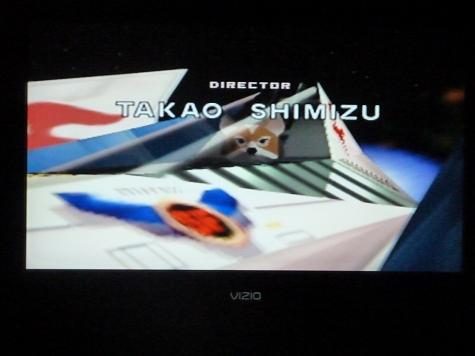 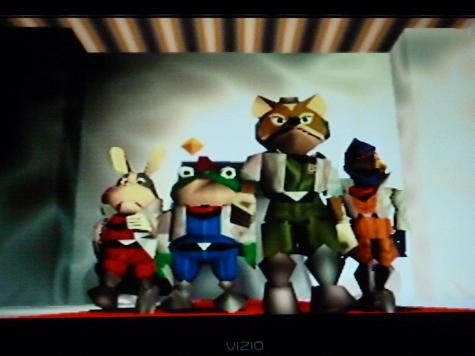 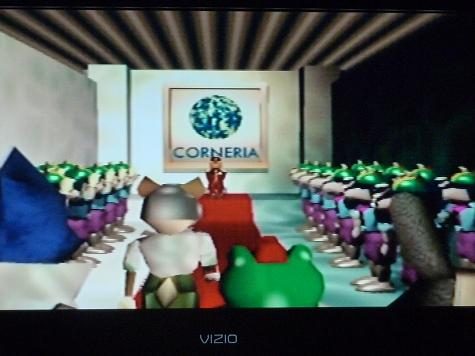 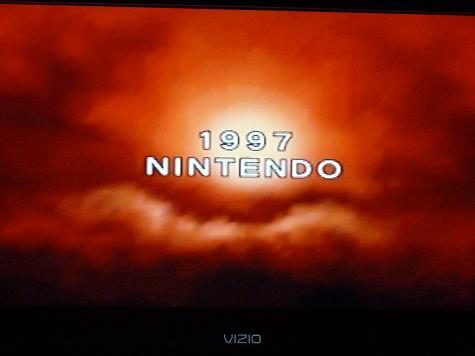 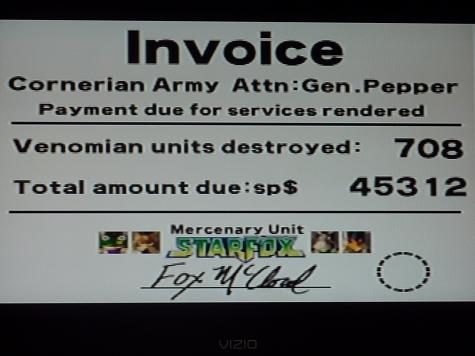 Someday, when I have all the free time in the world (read: four or so hours) I will attempt to 100% Star Fox 64 on my own. Until then, this will have to suffice!

Did you grow up with Star Fox 64 rocking your socks? Let me know if this game still holds up in your eyes! I want to hear from you Fox fanboys ;D